Home » Blog » Should a “Cashless Society” Be Based Around Gold?

Should a “Cashless Society” Be Based Around Gold?

Long before cash existed, gold served as the stable measure of value for monetary systems. Should gold serve the same purpose in a cashless society? 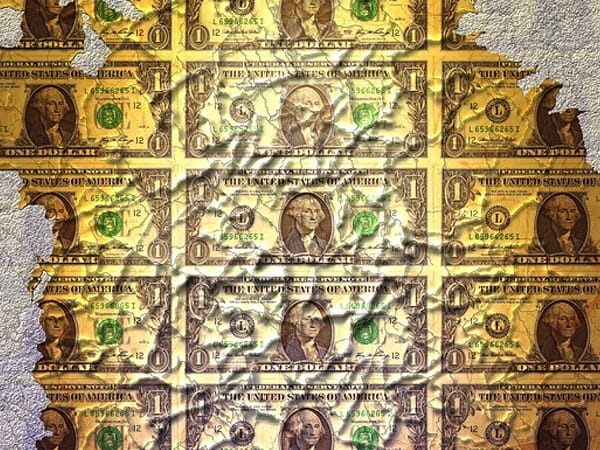 This week, Your News to Know gathers the hottest topics in the gold market and the overall economy. Stories include: A cashless gold-based society, gold’s $33 billion man: don’t be a doubter, and gold bullion demand surges ahead of a European Union (EU) referendum.

A cashless society based on gold

In a recent piece on Forbes, columnist Nathan Lewis reintroduced a familiar question in finance: is there really an alternative to the gold standard?

While some view the adoption of a gold standard as an outdated practice, others believe a return to it would be the best possible choice that central bank managers can make. To illustrate his point, Lewis explains that there is already a financial system up and running that’s using a similar principle: the eurozone.

Aside from the few countries that do make use of the euro as a currency, over two dozen members of the EU instead turn to the euro as a benchmark. As Lewis puts it, they lack a domestic monetary policy and instead wholly place their faith in the euro and its managers. So why not gold? Lewis notes that the yellow metal is likely to be around long after all that remains from the euro is its Wikipedia page.

And despite the title of his article, Lewis insists he isn’t anti-cash – done right, cash trade can be an incredibly useful system. Lewis merely subscribes to the idea that cash should be used as a gold IOU, similar in workings to the steam-gaining million user-strong BitGold. Unlike modern ETFs, though, this system would have to feature a much larger presence of actual bullion.

To round up his article, Lewis reminds us of an oft-forgotten fact about cash: in its widespread form, it hasn’t been around for more than a couple of centuries. It was a radical system when first introduced and we have witnessed a staggering amount of financial hardships and economic meltdowns since then. In comparison, some of the most prosperous times in recorded history were either backed by a gold standard or based around a coin-free gold and silver trade.

Since the start of its 2016 rally, gold has enjoyed its share of support from billionaires and famous money managers like George Soros and Stan Druckenmiller. As seen on CNBC, George Milling-Stanley is yet another big name voicing his support for the precious metal: overseeing the $33 billion SPDR Gold Trust, Milling-Stanley’s ETF took in $7 billion in the first quarter and erased its 2014 and 2015 losses thanks to gold.

Yet Milling-Stanley is no stranger to the metal. For over 40 years, he has been a believer and remains one of the foremost experts in the gold trade. A persistent criticism of gold that Milling-Stanley has dealt with is that it offers no returns. “Well, guess what? Not much else does these days, either. People are charging you to store money,” said Milling-Stanley of the perceived low reward in gold.

He also addressed beliefs that gold’s current rally is hot money as opposed to a sustainable rise: with the fundamentals in place and the right demand drivers backing it, Milling-Stanley doesn’t believe the precious metal will bounce back. The gold guru attributes increased buying to investor underexposure rather than any change in sentiment, which is also why he retains his optimism on gold’s future. “I would like to see gold go up steadily by about $100 in 2016, so to the $1,350 to $1,375 level by Christmas. That would be sustainable,” said Milling-Stanley, adding that anything higher could bring about a hot money scenario similar to that of 2011.

Milling-Stanley also doesn’t believe that investors ‘missed the boat’ and will flock to sell any time soon. “People have not missed the boat. Just five years ago gold was $500-$600 dollars higher than today. Anyone who wanted to sell back gold or wanted profit taking at $1,800 already did so. So I’m not expecting a surge in people selling back or recycling until gold goes a lot higher,” he explained.

Aside from a struggling mining industry, Milling-Stanley outlined four anti-gold factors that are shifting into the metal’s favor: a strong dollar, an absence of inflation, strength in U.S. equities and investor complacency. While all of these have previously kept gold from flourishing, each of them is slowly shifting to help the metal grow, making Milling-Stanley believe that gold has plenty more room for a sustained rally.

Investors have traditionally turned to gold bullion in times of financial and geopolitical uncertainty. The upcoming U.K.’s EU referendum is clearly one such scenario: as seen on the Guardian, Britain’s Royal Mint is enjoying a 32% increase in transactions since the start of June compared to the previous month.

Thus far, the added transactions have amounted to a 150% increase in overall revenue for the company. Regarding the spike in demand, Royal Mint’s director of bullion Chris Howard had this to say: “Overall since early 2016, demand for precious metals has risen, particularly with gold. While we are uncertain at this stage on what impact the results of both the European referendum vote and the U.S. elections will have on the gold market, with the Royal Mint’s trading platform and our significant gold holding, we are prepared for possible market turbulence.”

Concerned investors have a range of bullion choices to gain exposure from: Howard said that all of the Mint’s coins, from the lower-end 22-carat 8-gram sovereign costing £229 to the 99.9% pure Britannia 1oz coins costing £929 each, were in demand. Royal Mint’s choices of bars are similarly varied: the bar palette ranges from the £50 gram bar all the way to the £28,605 ($40,000) kilo bar whose price fluctuated in recent weeks based on the perceived likelihood of a Brexit.

Could gold be the key to your financial safety? Find out here.