Home » Blog » Should We Be Buying Stocks or Gold? Here’s What JPMorgan Is Saying

Should We Be Buying Stocks or Gold? Here’s What JPMorgan Is Saying

One of the biggest banks in the U.S. is urging Americans to choose gold over stocks. Why the sudden urgency? 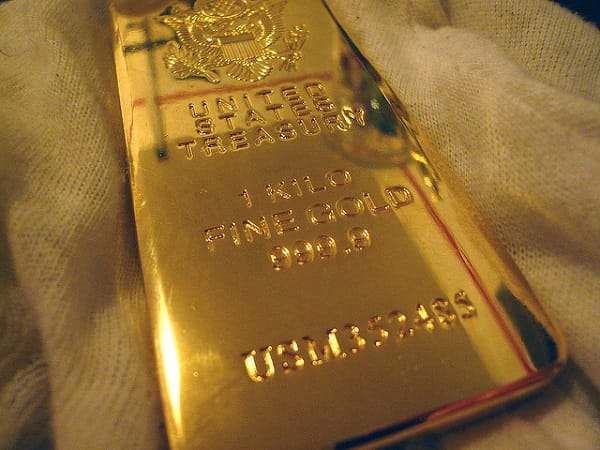 This week, Your News to Know brings you the hottest topics in the gold market and the overall economy. Stories include: JPMorgan forecaster says to buy gold and not stocks, Brussels attacks push gold up, and why Goldman Sachs is wrong about gold.

JPMorgan Global Head of Quantitative and Derivatives Research, Marko Kolanovic, stands among Wall Street’s most respected forecasters: Due to his numerous accurate predictions in recent times, Kolanovic remains a popular figure to follow for the hedge fund industry.

After stringing together several on-point forecasts of market drops and calling rebounds in gold and crude oil, Kolanovic’s latest prediction is bearish on stocks; more specifically, he doesn’t believe that the stock market rally is here to stay.

As reported by CNBC Fast Money’s Stephanie Landsman, while the recent Dow Jones and S&P 500 rallies have many feeling optimistic about the stock market’s future, Kolanovic isn’t so quick to celebrate. He points to a very specific phenomenon driving the rally: The rebound, he says, is largely driven by momentum from investors looking to cover their bets that the S&P would fall.

Because the market bounce is driven by repositioning instead of solid factors, Kolanovic doesn’t see it going on for much longer. “Although risk slightly may be on the upside rather than on downside, I would say fundamentally … you [potentially] have 5 percent upside and 10 percent downside, so it doesn’t look that great,” he said.

Instead, Kolanovic is advising people to stick with the defensive-yet-reliable gold, even amid its surging prices. Other than the likelihood of the Fed’s dovish policy outlook putting downward pressure on the greenback, Kolanovic also cites the rising possibility of Donald Trump becoming President as being beneficial for gold. Trump’s proposed restrictive trade measures, such as large tariffs against Chinese goods, would be bearish on the dollar and therefore supportive of gold. “Generally, the U.S. dollar could be under some pressure if you have these types of policies,” Kolanovic added.

After three terror attacks shook Brussels on Tuesday, gold jumped as traders sought safe haven amid turmoil, Bloomberg reports. Three bombs were detonated after Salah Abdeslam, who is believed to be the only surviving participant of the Paris attacks, was captured in Brussels, placing the city on high alert.

Other metals declined in response to the attacks, with lead, aluminum and zinc decreasing on the London Metal Exchange. Equities experienced similar issues: “Today is the first day equities are down in a few days, mostly because of the terror attack, and a lot of that money is flowing into gold,” said James Cordier, the founder of Optionsellers.com.

Gold bullion’s ongoing rally saw the metal post an 18% gain to become the year’s best-performing commodity, as the dollar hovers near the lowest in almost nine months compared with a basket of 10 major currencies.

Why Goldman Sachs is wrong about gold

Goldman Sachs’ bearish outlook on gold has been well-publicized over the last couple of years. Last summer, the firm predicted gold would fall to $1,000 by the start of 2016. Now, amid a sustained first quarter rally, the firm continues making bearish forecasts on the metal, recently reiterating that the fall to the aforementioned key level will happen within 12 months.

Yet famed financial strategist Michael Pento believes that the firm is fundamentally wrong in their view of the metal. Goldman Sachs, Pento says, dislikes gold due to its perceived lack of yield. Their perspective is that, in the absence of a noteworthy recession risk — which we would wholeheartedly disagree with — why not focus on safely earning money through bank deposits and short-term sovereign debt?

Writing on CNBC, Pento explains why this line of thought is faulty at its core; in reality, he believes, the current financial environment is “the rocket fuel for gold”. The argument against gold has now completely flip-flopped: With central banks ushering negative interest rates on sovereign debt and near-zero customer deposit rates, there are no lost opportunity costs for owning gold, Pento says.

But it doesn’t end there. In their ruthless bid to meet inflationary goals – and failing to realize that inflation doesn’t equal growth – central banks have considerably reduced the purchasing power of the middle class. Citizens across the globe are now recognizing this and moving their assets to gold, causing the metal’s recent surge.

Pento feels that anyone still making short calls on gold and expecting it to fall further fails to understand the key factors driving its price up: He sees global economies as debt addicts needing more and more of their fix, adding that central banks are trapped in a vortex of persistently reducing the value of their currencies.

“But from this folly, there is no end. The intervention of central banks in the capital markets has become so extreme that they are now incapable of selling their securities and fighting inflation without sending equities and bond prices crashing,” Pento warns. “In effect, the inevitable binary outcomes have now become intractable inflation or depression.”

When one adds growing tensions between the U.S. and Russia and China as well as the rise of terror attacks to this unsavory mix, it’s hard to argue against Pento’s belief that the bull market in precious metals has just begun.

Corporate stock market buybacks are at an all-time high. When was the last time this occurred and what were the consequences? Read here.