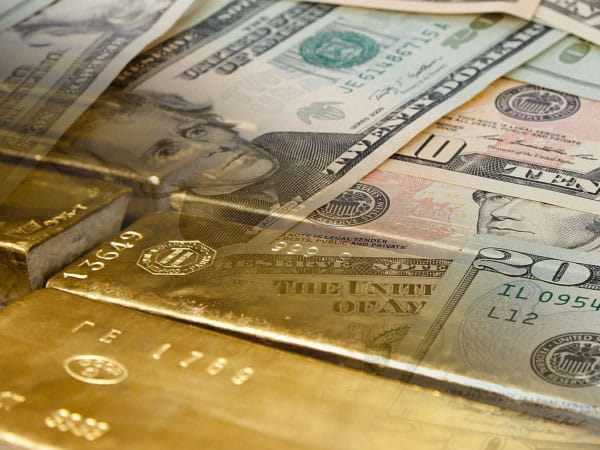 This week, Your News to Know rounds up the top news stories involving gold and the overall economy. Stories include: $50 trillion of sidelined cash could move gold in a big way, U.S. elections will push gold to $1,500, and Russia is loading up on gold.

Every money-savvy person knows of the time-proven advice to put your cash to work. Yet nowadays, as Newsmax’s Olivier Garret notes, Americans are more reluctant to part with their cash than they have been in a while – this reluctance isn’t unfounded, as people around the world are currently suffering from either low or negative yields.

This is why there is currently as much as $50 trillion of investor cash sitting on the sidelines, waiting for an opportunity to present itself. A large portion of this cash comes from the sale of both stocks and bonds following the recent volatility in both markets, as many people quickly jumped ship.

Eventually, these wary people will have to pour their cash into something. There are a lot of near-term catalysts that could make holding onto money look less appealing, and thus move some of that $50 trillion towards assets: a rise in inflation, a series of interest rate hikes or a major correction in the markets.

But what if a portion of these people turn to a tangible asset such as gold? Assuming a price of gold of $1,300, all of the gold ever mined is worth only $7.5 trillion. And with most of it either locked up in a central bank or used in jewelry, only a small part of said gold is available on the market.

A mere 1% of the piled-up cash – $500 billion – would exceed the annual market for gold two-and-a-half times over. As Garret puts it, even a small portion of the cash pile being invested in gold would “drive prices into the stratosphere” – in such a scenario, those who buy early would benefit the most. And, any one of the aforementioned catalysts could cause a market shift of similar or bigger proportions.

After jumping up over 20% to begin this year, gold prices have recently come down a notch due to several factors such as hawkish Fed comments, disappointing action from the Bank of Japan and optimistic U.S. economic data releases. Yet one technical analyst believes the upcoming presidential election – now only a day away – is exactly what gold needs to rebound.

Ron Williams, Founder & Principal Market Strategist at RW Market Advisory, sees gold going past its 2016 peak due to a disruption in the relationship between the metal and the dollar. Williams thinks people will pull back from exposure around the November 8 vote, which could send gold prices flying.

“Traditionally yes, the inverse correlation has always been there. But there are exceptions and I think this is when it depends on the timing of the move, but also the cause. In this case it will be more of a safe haven flow argument, the U.S. dollar in particular, given what might happen around the election cycle,” said Williams of the shift in the usual inverse relationship.

And while some are pessimistic in regards to gold’s recent setbacks, Williams sees room for upside with current prices. “Gold has already unwound from its overbought conditions. We had very crowded positions at the recent high – it’s looking like it’s ticking up again on the back of Friday’s uncertainty and now gold is pushing up, I suspect that will continue technically until the 1,500 mark“.

Recent data by the World Gold Council (WGC) shows that Russia has once again asserted its position as one of the top gold buyers in the world. As shown by WGC data, the 16.55 tons added in September now mark the 20th straight month of buying for the Central Bank of Russia.

China and Kazakhstan also increased their holdings by 4.98 tons and 4.14 tons, respectively. This brings the net total of gold added to central bank stockpiles in September to 13 tons.

A recent note by Capital Economics suggests that demand might be picking up on the consumer side as well, mainly in China and India. Data from the Hong Kong Census and Statistics Department shows that gold imports to China are up 9% year-over-year from January to September and that premiums are at their highest level since December 2015.

In regards to Indian demand recovering after a recent slump caused by environmental and social factors, Capital Economics had this to say: “With the wedding and festival season having just started and the monsoon having been a lot stronger this year, we expect demand to pick up in the coming months.”