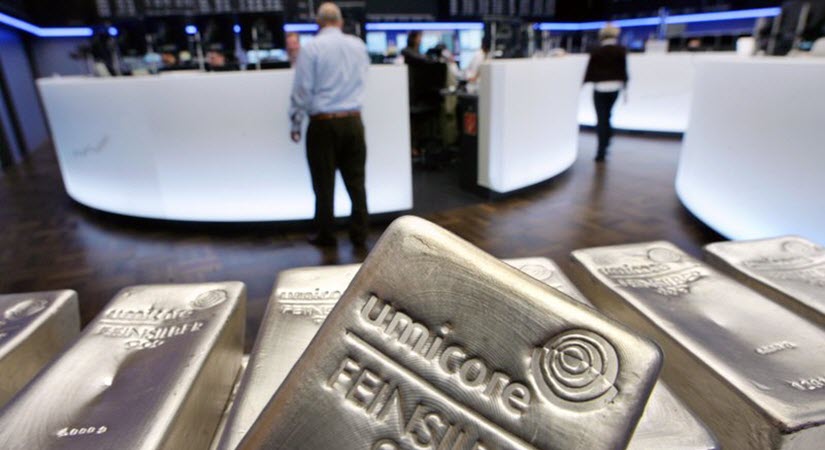 This week, Your News to Know rounds up the latest top stories involving gold and the overall economy. Stories include: Day traders piling into silver as analysts predict $50 price, gold’s reign as the top asset, and $400 million of civil war gold buried in Pennsylvania might have come to the surface.

Over the past week, the silver market has seen some unusual price action, though not necessarily unwarranted. The metal jumped by 5% on Thursday alone and another 12% on Monday amid what looked like a sudden surge of interest among day traders. More than just its strong fundamentals, however, this interest appeared driven by concerns that silver’s price is being heavily manipulated, particularly regarding a supposed discrepancy between bullion availability and derivatives. 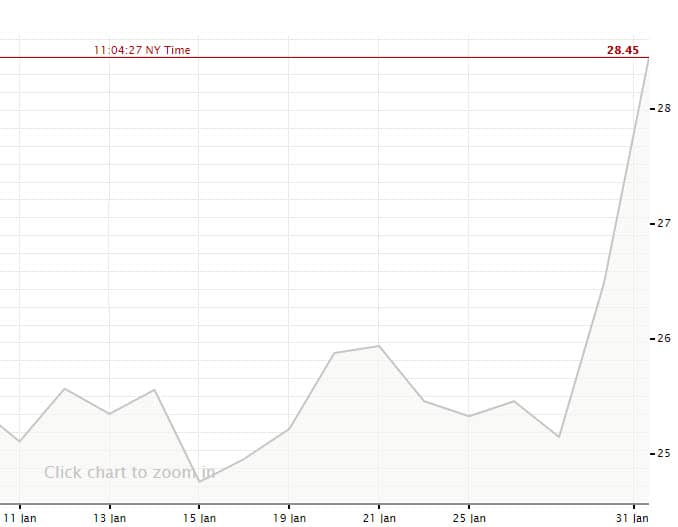 As one post on Reddit’s Wall Street Bets (WSB) purports:

The post goes on to underline the strength of silver’s industrial and investment cases, as well as calling the silver bullion market the most manipulated one, largely due to big banks. This belief is neither confined to a single online board nor without credible backing. Prominent figures in finance have long stated that both gold and silver’s price are being manipulated. Likewise, there is the known case of JP Morgan’s conspicuous hoarding of silver bullion and its day traders, such as John Edmonds and Christian Trunz, admitting to silver price manipulation in court.

Although how this situation will develop remains unclear, silver’s drivers are anything but. Inflation, money printing, supply shortages and an economic recovery with a focus on green energy are all exceptionally powerful tailwinds even in the absence of a black swan type of event. RJO Futures senior commodities broker Daniel Pavilonis points to inflation as perhaps the key factor to look to in 2021.

As the crisis simmers down, Pavilonis expects people to start noticing broad inflation and look to silver in order to preserve their wealth. The broker views $29 as the next resistance, after which silver could have a fairly easy road to $50, with $40 being a quick jump away. “If we see a period of inflation as we did in 1970-80, silver will do well just like then. Even with Fed raising rates to highest levels back then, silver went up to $50,” he noted.

In the meantime, the AP reports the mania has extended beyond “paper” silver and mining stocks:

The silver market frenzy also extended to physical demand for the metal, with coin dealers reporting delays in deliveries as they were overwhelmed by demand. The Silver Mountain, a Netherlands-based bullion dealer, said on its website, said that, “Due to extreme market volatility we cannot accept any new orders at this moment,” adding it hoped to reopen by the afternoon.

How gold continues to stand above all other assets

As World Finance’s Alex Katsomitros notes, little can be said about gold’s outperformance last year that most market watchers aren’t aware of. Spurred by a unique crisis which coincided with, or furthered, a lack of appeal in other asset classes, investors rushed to gold to bring prices from roughly $1,500 at the start of the crisis to a new all-time high of $2,070 in August.

Now, as the worst appears to have passed, gold continues to trade within a range between $1,820 and $1,875. These levels are just shy of the all-time high of $1,911 set in 2011, which many traders would have called a lofty target just a year ago. The sky-high interest is powered not only by uncertainty, but also by concerns over loose and irresponsible government policies and their effect on the global economy. Because of this, Katsomitros thinks last year should be viewed as a launching point for what could be a lengthy uptrend in the gold market, one that could at least resemble the 2008-2011 run.

Katsomitros points to dwindling returns in traditional assets as one of the drivers to single out. With gold no longer facing competition from sovereign bond or fiat currencies, money managers and speculators were quick to find a more certain alternative. Fiat currencies and their ongoing erosion should come into high prominence over the next few years, as Katsomitros states that the global debt-to-GDP ratio had already surged to 322% in 2019, bringing many developed countries near recession.

The outlook for gold becomes even more promising when taking into account that the metal posted a historic performance during a time when consumer demand from Asia fell to all-time lows due to the economic impact of the pandemic. An expected recovery in these nations, especially in China and India where gold is traditionally hoarded as a safety net against economic uncertainty, should add plenty to the forces driving the gold price higher.

And, as Katsomitros notes, the massive spike in gold derivatives is coinciding with questionable availability and so-called “peak gold.” The paper problem extends to fiat currencies, with rumors of China considering some kind of gold-backed cryptocurrency to support the value of its paper currency. Depending on how bullish one would like to get, Katsomitros looks to either Bank of America’s short-term forecast of gold passing $3,000 or analysts’ $10,000 target if governments prove unable to get a handle on inflation.

According to one lawyer, the FBI is covering up a $400 million find of stolen civil war gold

Whereas most treasure hunters battle other treasure hunters in search of gold and other valuables, the prospecting group Finders Keepers LLC has named the FBI as their main competitor. As the group attests, its members were on the trail of a gold stash that was lost 155 years ago, during the chaos of the Civil War. l

In 1863, around the time of the Battle of Gettysburg, a Union Army train carrying either1.3 or 2.6 tons of gold left Wheeling, West Virginia, but never reached its destination. President Abraham Lincoln ordered to convoy to transport the gold bullion to the U.S. Mint in Philadelphia, for minting into coins, which would then be used to pay soldiers. The wagons and guards embarked on a circuitous 400-mile journey through the wilds of northern Pennsylvania to avoid the Confederate troops known to be in the region, but never reached their destination.

At the time, the disappearance of such a quantity of gold caused quite a stir. Searchers dispatched to locate the missing wagon train discovered empty wagons and the corpses of its guards. Some contemporary accounts describe the Lieutenant in charge of the guard detail succumbing to a fever and revealing the caravan’s cargo to his soldiers, some of whom conspired to murder their companions and steal the treasure.

Initial efforts to find the gold proved fruitless, though around the turn of the century agents of the Pinkerton Detective Agency allegedly discovered three gold bars in the Dents Run area. Later some of those same detectives returned and spent the rest of their lives looking for the rest of their gold. Modern treasure hunters have been searching for the lost gold for decades.

Finders Keepers claim that they managed to find the gold stash in 2012, only to promptly be barred entrance to the site by the Pennsylvania Department of Conservation and Natural Resources. Furthermore, whereas most accounts place the hoard’s value between $35 million to $70 million, the treasure seekers insist that the bullion is more abundant and that its total value is closer to $400 million.

On behalf of the group, Harrisburg attorney William Cluck submitted a Right-to-Know appeal due to the supposedly suspicious nature of the officials’ involvement. As Finders Keepers say, the FBI went on to search the area with over 50 agents in 2018, but claimed they didn’t find anything. In an interview, Cluck revealed that he obtained the name of a federal judge who ordered the records from the March 2018 excavation to be sealed.

“They had 50 agents there … We have witnesses that they were there all night with armored cars. So, what are we supposed to believe?” said the attorney of the FBI’s extensive search of the area. “We are convinced that they found gold.”

Did the FBI discover a lost hoard of gold bullion? If so, did they surreptitiously return it to its original owner, the federal government? Cluck believes he knows at least some of the answers to these questions, and perhaps Finders Keepers have solved the mystery of one legendary lost treasure.