Home » Blog » Silver Supply is Struggling to Keep Up With Demand

Silver Supply is Struggling to Keep Up With Demand

As global demand for silver heats up, what’s the likelihood of a significant shortage in the market? Read further here. 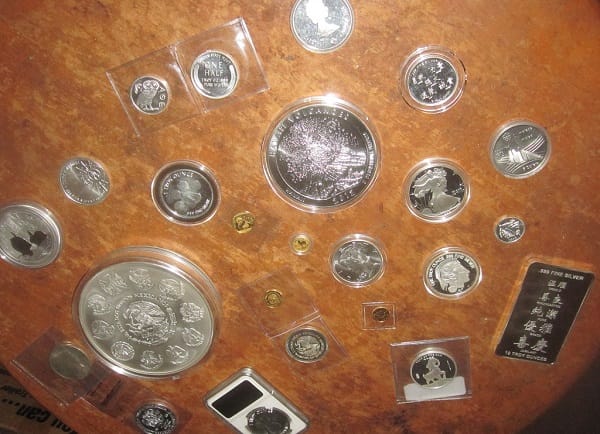 In the past few weeks and months, the price of silver has been hit relatively hard on the COMEX paper derivatives market. But oddly — or maybe not at all — the complete opposite is happening in the market for the metal in its physical form.

Around the world, people are taking advantage of this unique situation. As the dips are bought in the physical market, the unprecedented demand has forced many of the major national mints to ration sales.

The U.S. Mint sold 14.26 million ounces of American Silver Eagles in the third quarter, which is the largest amount sold since records began in 1986.

The mint even halted sales of its Silver Eagles for three weeks in July because inventories were completely depleted due to a “significant increase in demand”. This has caused premiums on American Silver Eagle coins to skyrocket by 50%.

Over in Australia, at the Perth Mint, demand for silver last month was so strong it sold over 3.3 million ounces… this is practically off the chart!

India, known for their gold purchases, has also been increasingly importing silver in bulk.

And let this sink in after you read it: The total registered silver at the COMEX is around 1,385 metric tons. In August alone, India imported 1,400 metric tons.

Yes that’s right: in a single month India could have drained all the physical silver from the COMEX. Yet the COMEX sets the price of the metal… go figure.

So now, we find ourselves in an interesting scenario: While the price of silver is trading between $14 and $16, it has become increasingly difficult to find any physical at that price.

Over the years, we’ve heard those claims of manipulation that have often been dismissed as “conspiracy theories”. Then there are claims of manipulation in the precious metals market that have been dismissed as mere “conspiracy theories” over the years. Well it just so turns out that the so-called crackpots were right, with numerous investigations taking place into admitted market rigging. Some are now even saying that the rigging in the precious metals market will be bigger than the Libor scandal.

It was only last year that UBS was found guilty and fined for rigging the precious metals market. And now, the most recent investigation is looking into collusion between UBS, Julius Baer, Deutsche Bank, HSBC, Barclays, Morgan Stanley and Mitsui.

The walls are closing in on the market manipulators.

On a production level, the price per ounce is so low that many mines are no longer profitable. Plus, new exploration projects are being scraped or put on hold, as they no longer make financial sense to pursue.

What this means on a longer-term time scale is that as the supply of silver falls and many present mines see their output decline as they go through their reserves, we will increasingly face a shortage of silver.

Now, even if the price of silver was to rocket to its past highs of $50 per ounce, it’s not like the miners could flick a switch and start new operations.

These mines take many years to go from exploration to extraction to refinement, so we could face a major lag in the market.

In a free market economy, when demand for a resource increases at such an alarming rate and supply declines, the price should rise. Yet in today’s rigged economy, the price of silver remains flat.

Most Americans don’t have a clue what’s going on. But you can take advantage of this knowledge. You can get into silver now, before the reality of the physical market takes over from the illusory paper market. If you haven’t yet moved into silver, give us a call. We can help.

With silver demand being so high, it’s best to diversify your assets and hold some of the metal before price the skyrockets.