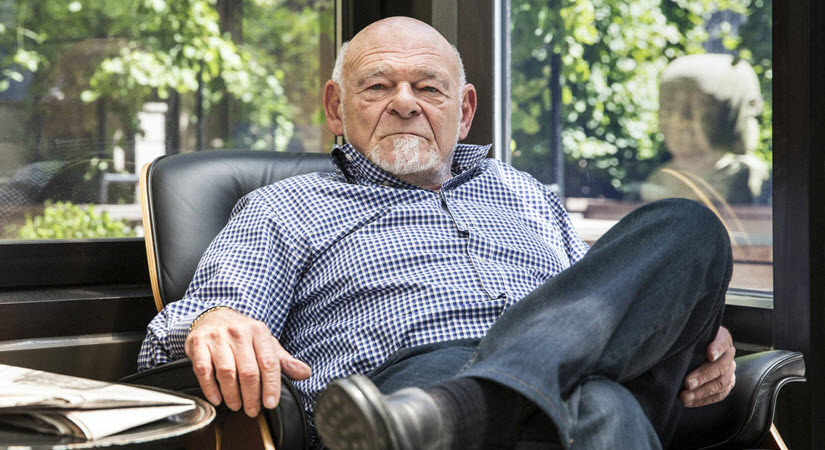 This week, Your News to Know rounds up the latest top stories involving gold and the overall economy. Stories include: Another billionaire turns to gold, Arkansas no longer to tax sales of gold and silver, and Minnesota as a possible source of abundant gold ore.

There has been no shortage of stories of big-name investors touting or turning to gold over the past few years, and especially over the course of last year as the Federal Reserve sparked widespread inflation concerns with its multi-trillion-dollar stimulus. Sam Zell, chairman of Equity Group Investments and a billionaire investor whose portfolio spans across a wide range of industries, recently shared that he, too, has embraced gold primarily over inflation fears.

Speaking to Bloomberg, Zell noted that he previously counted himself among investors who viewed gold as a suboptimal investment compared to higher-yielding assets. But now?

Obviously one of the natural reactions is to buy gold. It feels very funny because I’ve spent my career talking about why would you want to own gold? It has no income, it costs to store. And yet, when you see the debasement of the currency, you say, what am I going to hold on to?

Zell now finds gold to be a safer option to hold over unbacked currencies, with governments around the world experimenting with aggressively-loose monetary policies.

Indeed, Zell said that the Fed is far from the only central bank causing commotion in the global economy, and that all sovereign fiat currencies should be met with a watchful eye. On the domestic front, Zell said that he doesn’t have too much faith in Fed Chair Jerome Powell’s recent comments on how an inflationary period in the U.S. would only be a brief occurrence.

Zell, like many others, stated that fierce inflation has already boosted prices of various basic commodities (as we previously reported, up 7.7% in March). Speaking of inflation, Zell said:

Oh boy, we’re seeing it all over the place. You read about lumber prices, but we’re seeing it in all of our businesses. The obvious bottlenecks in the supply chain arena are pushing up prices. It’s very reminiscent of the ‘70s.

He also revealed that his own industry investments have been feeling the effects of inflation, and that the issue is being aggravated due to disruptions in the supply chain.

By passing Senate Bill 336, Arkansas is now part of 40 states that have abolished taxes on sales of all forms of gold and silver bullion, as well as platinum and palladium.

The Arkansas legislation, and the overall push to remove punitive sales and use taxes on all forms of bullion, is part of a broad initiative to give American citizens the right to sell and acquire precious metals as money without being penalized. The movement draws on the U.S. Constitution and is backed by the Sound Money Defense League, the Cato Institute, the American Institute for Economic Research, and many other advocates.

There are now only 10 states with some form of tax penalty on bullion purchases. Furthermore, that number may continue to decrease; Ohio, Maine, Tennessee and New Jersey are all seeing similar bills proposed.

Why now? Among the various reasons cited for the abolishment of sales and use penalties on bullion, the most common ones are damage to in-state businesses and excessive difficulty for the average citizens to invest in bullion. In other words, to increase availability for citizens and to create a more pro-business environment.

JP Cortez, policy director for the Sound Money Defense League, explained that most states realize taxing bullion is harmful on all fronts. The passing of the bill has also elevated Arkansas from the last place on the League’s Sound Money Index of states to a fairly comfortable 30th place.

There could be gold in them there mountains of Minnesota

When people think of gold mining, especially on a large scale, South Africa and Russia and similar exotic locations invariably pop to mind. Yet after a reader inquiry about gold deposits that could be hiding under the ground in northern Minnesota, Star Tribune’s Curious Minnesota looked into whether modern-day gold mining was feasible in Minnesota’s ore-rich lands.

The state has a fairly well-known history of gold prospecting, ranging from small post-Civil War efforts to two short-lived mines that closed in 1901. (Despite popular culture’s examples, most gold prospectors don’t get rich.) Over the last century, there haven’t been any serious projects to find, let alone excavate, Minnesotan gold. According to both state officials and industry experts, the issue lies not with availability, but rather profitability and obtaining licenses.

Don Elsenheimer, a senior geologist at the Minnesota Department of Natural Resources (DNR), explained some of the practicalities of gold mining. Gold deposits in the area would need to be clustered, rather than scattered, for a mining company to start a profitable dig. How much gold might be waiting for discovery? Elsenheimer said:

As for any estimates on how much gold or how many developable gold deposits there are (or may be) within the state? That’s not a million-dollar question. More like a multibillion dollar one (given the price of gold these days).

Despite producing 75% of domestic iron ore, non-iron mining operations require a “mineral lease” issued by the state. Nearly 200 companies in the area already have one. Then, regulatory hurdles start at the exploration process and climb exponentially as a company comes closer to striking the earth. Very few miners get to this point, according to the DNR, despite the plentiful benefits to the state’s economy should a gold mine open.

Of the several miners interested in the area, the furthest along so far is the PolyMet mine near Hoyt Lakes, and its representatives believe that their project could produce more than 370,000 ounces of gold and platinum (if the state greenlights it). We wish them the best of luck.