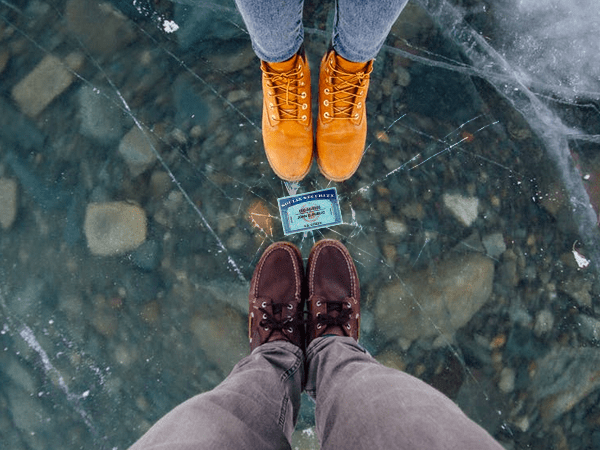 Social Security has become more uncertain in recent decades, primarily due to questions about its long-term feasibility.

MarketWatch says Social Security will run into a “wall” in 2034:

That’s when, say Social Security’s trustees, the program’s trust fund is scheduled to run out of money. If nothing else is done, they say, after 2034 Social Security’s annual income will only be enough to pay “about three-quarters of scheduled benefits.”

That would mean a 25% cut in potential Social Security payments over the time that a retiree would receive those benefits.

But the same article touches on what could be an even more dire problem (emphasis ours):

According to Fed data, at most one quarter of people currently nearing retirement are going to be able to shrug off any cuts at all in Social Security. Actually, it’s probably considerably less than one quarter.

And everyone else will be in serious trouble. Half of those nearing retirement will end up in dire straits. That’s because most of them have little or nothing in private retirement plans.

Last October we reported on a Center for Retirement Research study that revealed 54% of middle-class Americans didn’t have enough saved for a decent retirement.

The Fed data MarketWatch examined also revealed that, on average, the bottom 25% income tier of people in their 50s only had $28,000 in retirement savings.

There’s no doubt that Social Security benefits come with some uncertainty, but the situation gets more dire when you start finding pieces of the puzzle you didn’t realize were there.

Social Security is under so much strain that its uncertainty alone should encourage anyone to consider a back-up plan.

But there are at least 3 additional factors to consider that can eat away at your monthly benefit payment.

1. Emergencies – If your car breaks down, you get a serious medical issue, or any other expensive, unexpected emergency, it can be disastrous for your budget. With normal expenses already taking up most of any American’s Social Security check, according to Motley Fool, putting aside money for emergencies is “difficult or impossible.”

2. Healthcare expenses – Since Medicare programs don’t cover everything, seniors are left with hefty annual medical expenses to account for.

According to the Bureau of Labor Statistics, mean healthcare spending is $5,994 annually among those aged 65 and over in 2016. However, seniors with high prescription drug needs could end up spending even more.

If you’re not prepared to spend $6,000 per year on healthcare, that Social Security check can only go so far.

3. COLA (Cost-of-Living Adjustment) – COLA is examined each year by the Social Security Administration. A positive adjustment isn’t always made (in 2016 it was 0%), but when one is, it typically doesn’t keep up with inflation. Medical inflation alone outpaced any COLA the SSA implemented in 33 of the last 35 years.

These three factors could make for a difficult retirement if you try to rely on your monthly benefit alone. And that doesn’t factor in any of the reasons why you might get a reduced benefit in the first place.

“Don’t put all your eggs in one basket”. Sounds like simple advice, but some people still “roll the dice” and try to win big with their retirement savings.

Unless you’re lucky, this is generally not the best idea.

Diversification can reduce your exposure to losses that can happen to investments affected by uncertain markets. With a Precious Metals IRA, you’re able to diversify by putting a portion of your savings into assets that are known for doing well during times of uncertainty such as physical gold and silver instead of a volatile stock market.

Just because Social Security is set to suffer, doesn’t mean your retirement plan has to as well.