Social Security “Tipping Point” Could Be Arriving Faster Thanks to Congress 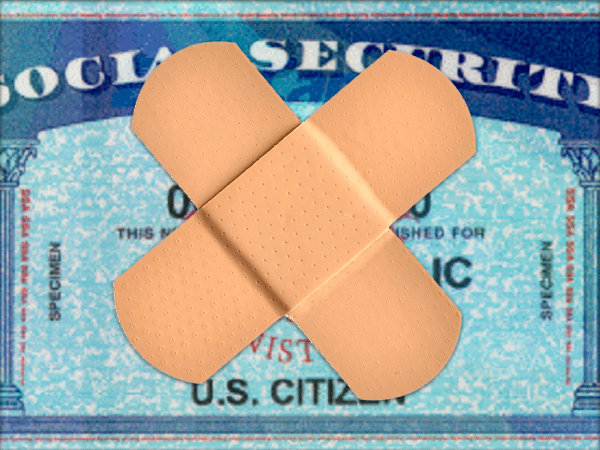 The Social Security system is expected to have enormous financial pressures placed on its back for the next two decades.

If nothing is done, in 2034 the clock will be ticking for this and other entitlement programs like Medicare.

But a “tipping point” may be coming faster than most people think. Former Fed Chair Alan Greenspan had a prescription to offer in a recent Newsmax piece. There’s his “easier said than done” part:

The best way to solve this problem is to fund our benefits, get a balanced budget, and the system will work.

Okay, that seems reasonable. And something does have to be done, or Social Security could be running on fumes by the time 2034 arrives.

Then there is Greenspan’s “not so easy” and ever-controversial prescription (emphasis ours):

He said “the actuaries of the Social Insurance system say that in order to be actuarially solvent through the life of the programs, we would have to cut benefits by 25 percent right now and extending into the future.”

He said eventually America will have to come to some resolution with entitlement benefits because “the end of the road is very serious trouble,” while adding that defined benefits have been a big problem.

This isn’t the first time Greenspan has offered his radical ideas for an ailing Social Security System. His prescription involves a monetarily “defined contribution” rather than a “defined benefit” payout. He claims that Sweden has benefited from employing this type of approach.

But Sweden has a smaller economic structure, and a much smaller economy. While Greenspan’s prescription probably won’t come to pass, it does highlight the need for a solution before the “time is up” for Social Security.

Stale ideas like raising the retirement age or raising taxes have been implemented in the past. Now it appears Congress may be leveraging both of those into something more disturbing.

Congress Has a “New” Idea About Social Security

On one hand, raising the retirement age allows for more time to contribute to the Social Security system. On the other hand, raising taxes puts more money into the system, but it’s a highly disliked idea. In 1983, both happened.

Granted, people are living longer, so raising the retirement age doesn’t seem like a bad idea. Until you realize that would be like getting a benefit cut, and Reuters’ columnist Mark Miller explains why:

That’s because it raises the bar on how long workers must wait to receive 100% of their benefits. Moreover, gains in longevity are not being distributed evenly across the population, and higher retirement ages would hit some much harder than others.

The idea of raising taxes is hard to swallow. But it’s even harder when those same taxes are being used as a wealth transfer instead of supporting social insurance.

First, there would be a payroll tax increase from 12.4% to 14.8% over 25 years. Then, Larsen proposes resuming payroll tax collection above $400,000 while maintaining the lower non-taxable boundary of $132,000 that rises with inflation.

But those increased taxes wouldn’t translate into a higher lifetime benefit payment. According to a piece at Agora Financial, that isn’t what the architects envisioned for Social Security in the 1930s (emphasis ours):

The Social Security program is intended to be primarily a required-savings program and not primarily an income-redistribution program,” says William Reichenstein, business professor emeritus at Baylor. “In a required-savings program, there is a reasonably close relationship between taxes paid and benefits received, while in an income-redistribution program this relationship is not close.

So it appears like Congress wants to both “pass the buck” and redistribute wealth without paying you your fair share. Not good, and it furthers the idea that Social Security needs real solutions instead of stale ideas.

That, or we may reach a “tipping point” faster than we thought.

Emerson once wrote an essay about building self-reliance into your life. That idea can be helpful for your retirement, and here’s why…

Social Security isn’t meant to sustain your retirement by itself, it’s only meant to supplement it. Regardless, if cut in the future, it would be unfair for the millions who have contributed for decades.

That’s not even considering life circumstances that may force you to take benefits early. Bottom line, the program is running out of time and Congress is struggling to come up with a solution.

What Greenspan is suggesting isn’t for the faint of heart either. But it serves as a reminder that changes to the system are necessary. It also serves as a signal that you need to make other preparations.

Don’t wait until the last minute to take control. Start preparing now so you can have a retirement built with self-reliance.