In order to address the complex matter of closing the economic inequality gap, you don’t need to look to far into the past for a solution. 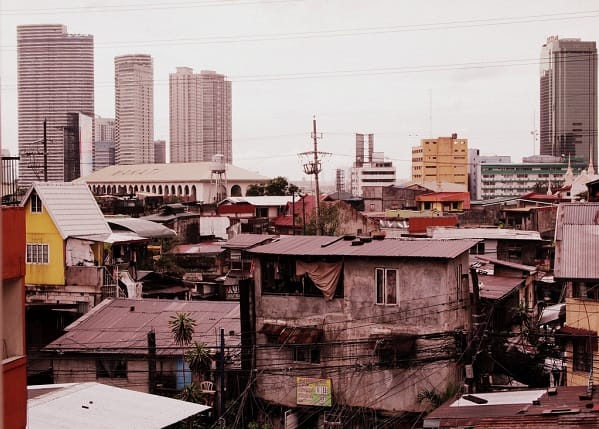 This week, Your News to Know brings you the most newsworthy stories regarding finance and the gold market. Stories this week include: How a gold standard can help reduce economic inequality, the real reason behind Apple’s obsession with gold and Britain’s top fund manager advises people to hold physical cash and precious metals.

How bringing back the gold standard could help against economic inequality

The gold standard could be one of the few reasonable ways of reducing economic inequality, according to Mises Institute’s Mark Thornton. In a recent article titled ‘Gold and Economic Inequality’, Thornton argues that there could be such a thing as too much government, and that it takes more than tinkering with current government policies to fix issues of inequality.

The current monetary system actually promotes inequality by favoring the upper class and those working within the financial industry. A system that is run by a central bank using fiat money is inherently inflationary, thereby inevitably hurting the lower and middle classes – the workers and the savers. To find ways of combating this, it would be prudent to take history into account.

Thornton points out that, over the course of the last century, economic inequality declined most between 1917 and the early 1970s – it was during this period that a gold standard was used on the dollar. “Economic inequality increased during the inflationary 1920s, but the lower income classes rapidly improved versus the 1 percent when the gold standard was restored after WWII,” Thornton adds.

Because a gold standard is deflationary – albeit slightly – it increases the value of savings and cash balances in general, rewarding the hard workers of a society and expanding the middle class. Ever since Nixon abandoned the gold standard in the early 1970s, economic equality has been on the rise. “Part of the answer to the problem of economic inequality is to return to an honest and sound monetary system including – but not limited to – the gold standard,” Thornton concludes.

What is behind Apple’s recent obsession with gold and gold-colored products? The answer is actually a fairly simplistic one. Mashable’s Raymond Wong reports that Apple CEO Tim Cook recently confirmed that the company is making efforts to cater to their Chinese clientele.

In April, greater China (consisting of China, Taiwan and Hong Kong) officially became Apple’s second-largest market after the U.S., taking Europe’s spot. With this in mind, Apple has little choice but to consider the preferences of their Asian customers when designing their products.

“Gold, black and silver are colors associated with luxury in Asia. In fact, it’s probably true to say that gold is the universal color for luxury,” Wong notes. In particular, China is well-known for closely associating gold with power, having been a top consumer of the yellow metal for a long time.

Previously, Apple’s gold-colored products like the iPhone, iPad and the MacBook were actually made from anodized aluminum. However, Apple has now started manufacturing the 18-karat Apple Watch, which proved to be a huge success – especially in the Chinese market, where it sold out as soon as it was made available for preorder. There are rumors that the next iPhone, the 6s, will also come in an 18-karat rose gold edition.

While it seems strange that someone who manages bond funds for a living would promote physical assets, that’s exactly what senior fund manager Ian Spreadbury did in a recent interview with Telegraph Money. Spreadbury is no stranger to finance, having long been the manager of one of Britain’s largest bond funds – a position that puts him in control of as much as 4 billion pounds of investors’ money.

Speaking to the Telegraph’s Andrew Oxlade, Spreadbury expressed concerns that the global market could be facing a “systemic event” that could send the economy spiraling downwards, not unlike the 2008 crisis. Factors calling for concern include record amounts of global debt and the possibility of a Greek exit from the eurozone.

While he didn’t want to predict what could cause the next crisis, he did say it’s more likely to happen in the next 5 years rather than 10. What’s the best way to protect yourself from an economic crash? According to Spreadbury, people should focus on diversifying their assets, with a clear emphasis on physical ones. “The message is diversification. Think about holding other assets. That could mean precious metals, it could mean physical currencies,” Spreadbury said.

Ian Spreadbury is part of a growing number of professional investors experiencing unease over what comes next. Marcus Brookes, another fund manager looking after billions of pounds in investments, somewhat echoed Spreadbury’s faith in physical assets. Brookes believes bonds are overvalued and could fall, leading him to store as much as 29 percent of his company’s assets in physical cash in order to secure desired returns.

Should the overvalued stock and bond markets experience a crash, Daily Telegraph’s Jeremy Warner believes that the trigger for disaster will come from “a clear blue sky – a completely unanticipated event”, adding that a disastrous correction of the markets is “inevitable.”