Home » Blog » What Will This do to the Gold Supply? South Africa’s Gold Mines are Struggling to Remain Open

A perfect storm is brewing in South Africa. With gold mines in one of the world’s top producers of gold possibly shutting down, what will it mean for the yellow metal? 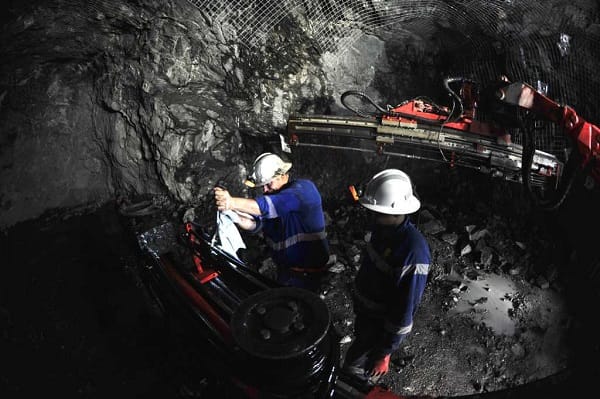 This week, Your News to Know brings you the most important news from the world of finance and the gold market. Stories include: Half of South Africa’s miners are operating at a loss, India plans to open gold mines across the country, and gold starts week strong ahead of Fed rate decision.

Report: Half of South Africa’s gold miners are operating at a loss

South Africa’s mining industry – one of the largest in the world – is facing serious decline. Mining.com’s Cecilia Jamasmie reports that the country’s miners are facing a host of issues: underwhelming metal prices, mounting labor disputes and increasing exploration cost continue to bring South African miners down.

Jamasmie calls this a “toxic combination” for the country, adding that gold and platinum miners are having it worst. Experts believe that South Africa’s mining problems are far deeper and more complex than the usual cycles in the mining industry.

Srinivasan Venkatakrishnan, head of AngloGold Ashanti Ltd., has his own take on the issue. He says that the country is embroiled in a “major margin squeeze” and that, amid inactivity, South African gold mining will always head towards a declining trend.

AngloGold – the third gold producer in the world – reported losses of $142 million between April-June – a massive decrease in profit over the $80 million lost in 2014. Other mining companies have similar difficulties: Harmony Gold lost $352 million during the last fiscal year, while Gold Fields experienced a 40 percent fall in second-quarter profit.

Unsurprisingly, labor disputes remain a major and aggravating issue – South African miners work for about two-thirds of the day, 275 days of the year. But even Gold Fields’ only fully mechanized South African mine, the South Deep, isn’t posting profits yet, and isn’t expected to do so until the end of 2016. At this rate, it can’t be long before the mining industry is forced to cut back on its losses in a big way.

India plans to open gold mines across the country

At less than two tons, India’s gold production could be called minimal, especially for a country that enjoys the status of the world’s top consumer of the metal. Weak production means that Indians are forced to import the majority of their gold – 120 tons were brought into the country in August alone.

Largely due to the constant importing, economists estimate gold accounts for nearly a third of the country’s deficit. The Indian government is well-aware of the problem, and has previously tried fixing the issue in various ways: through an import tax on gold, monetization schemes, and attempts to melt the 3,000 tons of gold found in religious temples to fuel the economy.

Realizing that most of these methods yield lackluster results and that Indian gold demand is ever on the rise, the government is now changing its approach. The Guardian’s Jason Burke reports that in a move dubbed ‘the great Indian gold rush’, India finally looks to make use of its gold mines. Some – around 80 – will be auctioned, while others might be mined by the country itself.

The move is sure to improve India’s much-needed domestic gold production rate. Mines ministry’s Balvinder Kumar expects the “very deep and old mines” to be put up for auction in the next two to three months. Among several locations across the country, the hills of Kolar stand out due to their mining history and an estimated $2.5 billion worth of ore scattered across the zone. “We are literally sitting on a gold mine,” said local historian Bridget White-Kumar.

Gold futures are recuperating due to uncertainty over the Fed’s potential rates rise, reports Myra Saefong of MarketWatch. Opinions on whether a hike is likely to happen are divided – while some traders consider it to be a foregone conclusion, others aren’t buying into the Fed ending its loose monetary policy any time soon.

The latter group stands to support gold, as low rates are beneficial to the metal since it doesn’t bear interest. A loose monetary policy – like the one currently in place – keeps the greenback’s value in check and, consequently, gives a bullish outlook to dollar-denominated buyers, as a weak dollar increases the yellow metal’s appeal in the eyes of foreign buyers.

BullionVault’s head of research, Adrian Ash, expects short-term volatility to explode should a hike be delayed once more. “Currently drumming their fingers and checking their watch again, short-term traders are in for a treat at the end of this week,” Ash said, adding that long-term investors won’t benefit as much.