Gold Could Regain Status as a True Global Currency 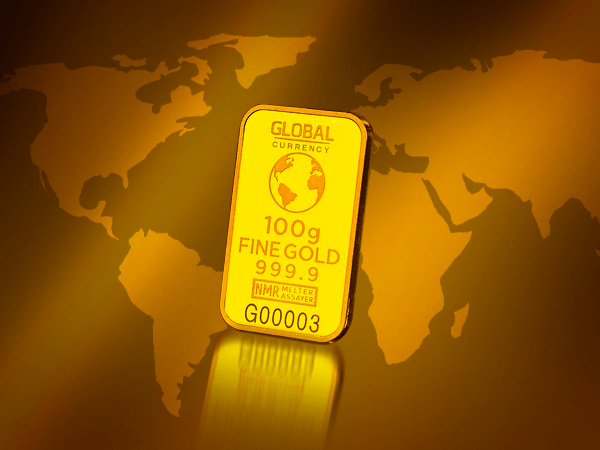 This week, Your News to Know rounds up the latest news involving precious metals and the overall economy. Stories include: Gold is the next global currency of choice, a new catalyst will drive silver prices higher in 2019, and Russia considers abandoning gold taxes to boost investment in the metal.

Gold Will Become the Next Global Currency of Choice

With a wobbly stock market, falling Treasury yields and rampant geopolitical strife, the focus on gold as an asset has been intense as of late. The metal’s price gains reflect this, as gold recently proved able to hold above a key resistance level, which holds bullish implications.

But according to Kitco, Sprott CEO Peter Grosskopf sees gold moving past its role as a mere asset and eventually returning to its status as a true global currency. In an interview, Grosskopf explained that this will be fueled by ballooning global debt, which will ultimately debase all fiat currencies.

As Grosskopf pointed out, recent data shows that the global debt rests above $244 trillion and, as such, is more than three times larger than the global economy itself. Whether governments decide to deal with this through quantitative easing or financial repression, he says gold prices will invariably spike.

The recognition of gold’s role in wealth preservation is on the rise, said Grosskopf, with investors increasingly shying away from fiat currencies and moving into gold. The widespread loss of faith in not just assets, but currencies as well, is already in effect, with Grosskopf’s firm noticing more interest from all corners of the investment spectrum.

This New Catalyst Will Drive Silver Prices Higher in 2019

Money Morning’s Peter Krauth writes silver’s recent pullback below the $16 level was not only expected, but also irrelevant for its long-term picture. Even after the pullback, the metal remains up 12% since November, and Krauth sees more gains coming in the near future.

Curiously enough, those gains could come from an unexpected source: a robust dollar index (DXY). While silver prices and the U.S. dollar are generally thought to move in the opposite direction, both have been on the rise lately. To Krauth, this is a consequence of renewed safe-haven appetite, where investors are shielding themselves from geopolitical uncertainty and anticipated inflation.

According to the article, this helps avert fears that a strong dollar will push silver down and shows that silver can be supported even by some unlikely factors. In all this, however, Krauth sees an even more bullish proposition for the metal.

In both stretches, silver continued to rise exponentially after the dollar’s rally ended. A third such stretch could be on the way: as noted, the metal is up 12% since November while the DXY index rose by 3.5% in that time. Should the dollar’s rally experience a reversal as it has so many times in the past, Krauth firmly believes that silver could dazzle investors with its gains this year.

Over the last few years, Russia’s central bank gold purchases have exceeded all expectations. According to an article on Kitco, the Bank of Russia bought 828 tons of gold since 2015, bringing the country’s total reserves to 2,036 tons of bullion.

Yet there is a conspicuous discrepancy between central bank demand and investor demand in the country, especially when compared to other heavy buyers like China and Turkey, whose citizens favor gold above all else.

Currently, Russian investors purchase a mere three tons of gold each year on average, a stark contrast to the central bank’s acquisitions. This is unanimously agreed to be a consequence of the country’s value-added tax (VAT), which adds 20% on all gold bar purchases by citizens.

But Kitco reports the Russian Finance Ministry is planning to do away with the gold tax completely in order to boost domestic investment in physical gold. The Ministry told Izvestia, a local newspaper, that the tax abolition is already underway.

Reports indicate that the reform could bring Russian bullion demand from the current three tons to 50-100 tons a year, a massive upgrade that would likely affect gold’s supply-and-demand dynamics positively.

In a speech at the Moscow Finance Forum in September, Russia’s Deputy Finance Minister Aleksey Moiseev said that the reforms stem from citizens’ desire for capital repatriation. The tax abolition will allow citizens to move their wealth away from banks and into gold bullion without any penalty, something that the government feels investors are all too eager to do.

Alexander Afanasiev, CEO of the Moscow Exchange, reiterated Moiseev’s point in a speech to the Lower House of Russia’s Parliament. Afanasiev said in January that the government sees gold as the safest investment option and that cautious Russian investors should be able to place bullion under the pillow, so to speak, without any repercussion.

In his speech, Afanasiev also placed a special emphasis on locally-produced gold. This is unsurprising, as Russia is the third-largest producer of gold in the world, with close to 300 tons of ore being extracted from the nation’s mines every year.