Home » Blog » The Best Way To Defend Your Savings

The Best Way To Defend Your Savings 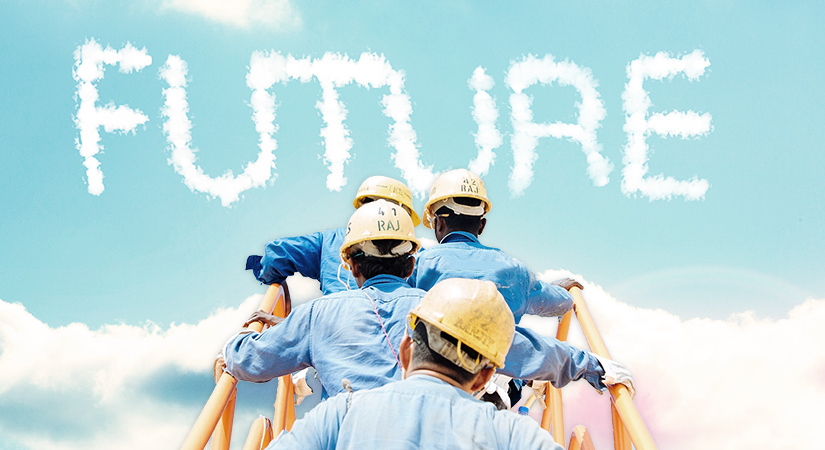 Composite of photos by creativeart and sol

Just a few of the many “highlights” this year:

Right now, many Americans are struggling with economic hardship, thanks especially to higher inflation.

In fact, 63% of Americans are living paycheck to paycheck, and that includes some six-figure earners, according to a recent report:

As of September, 63% of Americans were living paycheck to paycheck, according to a recent LendingClub report  — near the 64% historic high hit in March. A year ago, the number of adults who felt strained was closer to 57%.

Consumers are not able to keep up with the pace that inflation is increasing. Being employed is no longer enough for the everyday American. Wage growth has been inadequate, leaving more consumers than ever with little to nothing left over after managing monthly expenses.

Even the more affluent savers are cutting back on their holiday spending:

Getting shoppers to spend this holiday season won’t be easy.

The National Retail Federation said Thursday that it expects holiday sales during November and December to rise between 6% and 8% from last year — a decline when factoring in the effect of inflation. The sales forecast excludes spending at automobile dealers, gasoline stations and restaurants.

This isn’t promising, simply because consumer spending is the major driver of economic growth. Pullbacks in spending are often leading indicators of an incoming recession…

The good news is there is a way to avoid, or at least mitigate, some of the potential chaos that is likely affecting many people who are saving for their retirement (or retired and living on a fixed income).

One place to start might involve planning for financial hardship in advance, before it’s necessary. Building an emergency fund in anticipation of future need is one piece of common-sense advice that’s often neglected. (In fact, more than half of Americans couldn’t pay a $1,000 emergency expense with savings – that’s shocking.)

According to recent advice from U.S. News & World Report, here’s how to approach a financial hardship:

Remedy your situation – “Earning more income could be to get another job or start a side gig that can earn money,” says Brendan Sheehan, managing director at Waymark Wealth Management in Marlborough, Massachusetts. “Earning a better rate of return on your assets often means seeking more aggressive investments in your portfolio, often retirees keep more cash than they should and ultimately earn a lower rate of return than the rising cost of living. I call this losing money safely.”

Note that Sheehan is encouraging folks to take on more risk in their investments, in pursuit of higher returns. That’s not an optimal choice for many families, especially in response to financial hardship…

Marc Odo of Swan Global Investments warns of the downside of chasing yield with the “safe” portion of your savings. Essentially, investing too conservatively risks loss from inflation (especially relevant today, when inflation is over 8% while savings accounts at best pay less than half as much). Investing too aggressively risks loss from – well, from just about everything…

Needless to say, I’m not a fan of increasing risk with my “safe money.” I believe that proper diversification includes assets that you can count on to at least retain their value.

But that’s just me – your particular financial situation and goals should inform your personal decision.

2. Build an emergency fund – “The fund should contain at least three months’ worth of living costs in case of an unforeseen event such as unemployment or sudden medical expenses,” says Tommy Gallagher, founder of Top Mobile Banks in Berne, Switzerland.

Ideally, you want to build a sustainable emergency fund – not something you’re going to deplete and never refill. The specific amount in your personal emergency fund has to meet your own needs. And we can’t forget that lower-risk investments suitable for emergency funds aren’t guaranteed to even keep up with inflation.

The last piece of advice:

3. Take out a 401k loan – “If you plan on borrowing to ease a financial hardship, you must also have a plan to pay it back, or you’re just trading one hardship for another,” says Brandon Ashton, director of retirement security at Cornerstone Financial Services in Southfield, Michigan.

A 401(k) loan is one of the few methods available to us that enables us to use our own money (rather than credit extended by a bank or lender) to settle our economic hardships. It’s not an ideal plan by any means – but when the alternatives are worse, it’s good to know it’s a possibility for many American families.

Writing for Meratas, Anna Kalwitter points out there are some situations where you might want to have even more saved in your emergency fund:

Of course, there aren’t any magic solutions to the problem of economic hardship. “Just avoid them” isn’t useful guidance…

However, there is one thing you can do to increase your chances of avoiding a financial emergency.

Give your savings a more stable foundation

For example, younger Americans who’ve never been invested during a bear market simply don’t know what to expect – how long it might last, how bad it might get.

It’s essential to understand history to get an idea of the kinds of things that sometimes happen – to nations as well as to individuals – so we can plan and prepare accordingly.

I’ve said it before, and it bears repeating:

“Hope for the best, and prepare for the worst.”

To help you build a sustainable savings plan that you can rely on as an emergency fund, even during periods of high inflation, make sure your savings are on a stable foundation.

When I say “stable,” I mean two things:

Consider learning about inflation-resistant investments. Diversifying your savings across different types of assets helps reduce overall volatility. Finally, one of the most stable “safe haven” assets to consider is physical gold and silver. In fact, physical precious metals have been an ideal choice for tens of thousands of American families in search of a stable foundation for their hard-earned savings.

From a historical perspective, gold and silver make sense. After all, both gold and silver were money before there was such a thing as a U.S. dollar – and I’m confident they’ll continue to function as a store of value regardless of what the future holds.