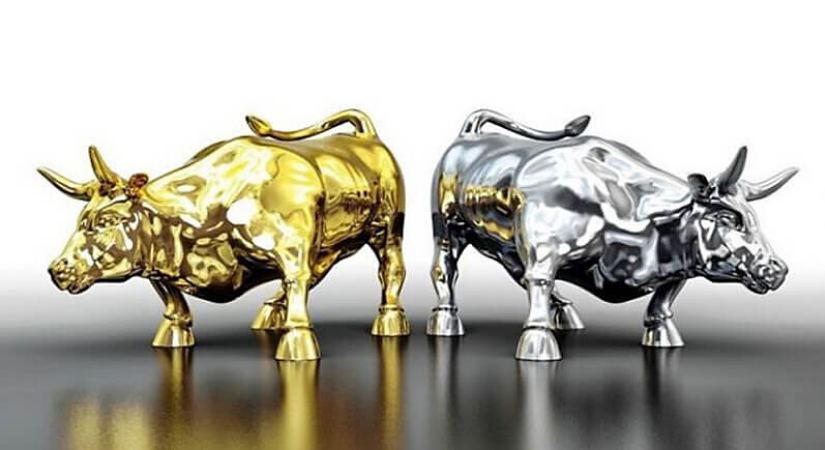 This week, Your News to Know rounds up the latest top stories involving gold and the overall economy. Stories include: Silver to emerge as top commodity in 2021, gold and oil to create a boom in raw materials, and 5 reasons why gold is an essential part of any portfolio.

Much has been said about silver’s outperformance last year, and indeed, what should be an even better year ahead. After climbing to a seven-year high, forecasters have repeatedly stated that there’s plenty of room for silver to shoot up to $50 this year.

Kitco’s 2021 Outlook survey, which polled 1,015 investors, came back with sentiment that was very much in line with previous forecasts. Main Street investors and analysts are bullish on all precious metals, and expect silver to outperform its peers due to a combination of demand from the manufacturing sector as well as investor demand.

The rise in inflation expectations pushed gold to a new all-time high of $2,070 in August, and many participants see plenty of similar action for the yellow metal this year. However, a 56% majority of respondents listed silver as their top choice due to a push for green energy. Today’s solar panels each require 1/3 oz. of silver each, on average, so when interest in renewable energy booms, silver prices tend to follow suit. In fact, some studies suggest that silver supplies might constrain large-scale conversion to solar power, and when supplies tighten, prices rise.

Another 10% of investor expect gold to take the role of top performer. Both metals should benefit heavily from an environment of low or negative interest rates, one that participants expect to remain the norm until 2023, if not longer. Main Street investors also expect platinum and palladium to enjoy a good year. Though palladium has a highly bullish picture due to struggling supply, the consensus is nonetheless that platinum should inch higher, likely on the back of manufacturing demand.

According to multiple Wall Street analysts, commodities are set to exit what has been a prolonged bear cycle and become some of the top investment choices in 2021. John LaForge, head of real asset strategy at Wells Fargo, said that the broader commodity market is closing a major bearish chapter that has lasted for the better part of a decade.

In a note, head of Goldman Sachs’ research team Jeffrey Currie said that the cycle is now looking to shift directions as the U.S. dollar faces downwards pressure and economies, especially emerging ones, start to recover. Gold and oil are to be some of the primary beneficiaries of this change in global trade dynamics, said the analysts.

The weakened greenback and uncertainties concerning inflation should lift gold prices to $2,300 this year, said Currie.

Citigroup’s team sees gold tracing back to its previous all-time high and climbing to $2,100 before the end of the year, while Bank of America places their year-end forecast at a slightly lower $2,063.

Why no investor can afford to overlook gold

Analyst and author Samuel Smith is one of many analysts who are quick to point out that gold’s headwinds are few and far between while its tailwinds appear more numerous than ever. In particular, Smith points to 5 reasons no investor should overlook gold regardless of their portfolio.

First on Smith’s list are the dismal economic conditions in the U.S. and the rest of the world. While talks of a recovery have grown, the conspicuously high unemployment rate in the U.S. lends credence to the notion that the economy will be slow to get back on its feet. An unemployment rate of 6.7% and a recessionary environment highlights the importance of storing one’s wealth in an asset that has, unlike most others, withstood the test of time regardless of the crisis at hand.

The economic conditions tie into Smith’s second point, as the analyst doesn’t believe that the U.S. government will be able to pass up on another round of monetary stimulus. The trillions of dollars pumped into the economy have essentially already eliminated one prominent safe haven. At current rates, U.S. Treasuries can’t be expected to keep pace with inflation. The Federal Reserve’s bailout packages are even more concerning with their $120 billion in U.S. Treasury bond purchases every month. As Smith points out, actions such as these have historically brought on crises such as defaults, sudden increases in borrowing costs and massive spikes in inflation.

Smith also outlines two highly favorable ratios for gold, the first being the gold-to-money supply (M1) ratio which contrasts gold’s availability to that of cash. With the ratio sitting at all-time lows, a return to the gold standard with just $1 in gold backing each $5 in currency would result in a gold price of $5,000. A full return to the gold standard would push the per-ounce price to $25,000.

A closer analysis of the gold-to-M1 ratio also suggests that gold prices don’t currently reflect inflation, and that gold should possibly sit 72% above its current levels based on existing monetary supply.

The gold-to-S&P 500 ratio shows that gold is undervalued compared to stocks. This supports the view of many that stock market valuations are severely overblown, and that the longest bull run in the equities’ market history is a bubble waiting to burst.

To round up his points, Smith notes that gold’s low correlation with high-yield, high-risk investments is reason enough to add the metal to any portfolio. Not only is gold less correlated to the stock market than many of the common hedges, but it also benefits in an array of situations, from recessions and expansions to inflation and deflation.