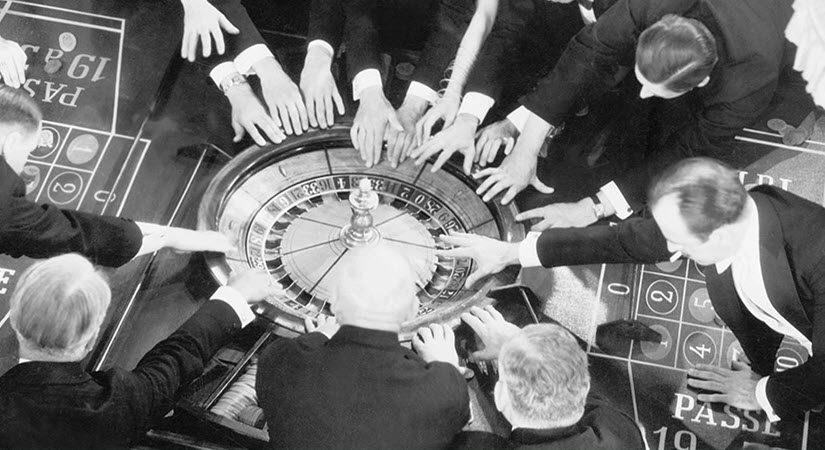 We are already aware of Federal Reserve Chairman Jerome Powell’s stance on rates and inflation (at least for the immediate future).

That loose monetary policy has the potential to inflate a big asset bubble on its own. But that isn’t the only Fed policy that could be (at least indirectly) wreaking havoc on the economy.

What exactly did the stimulus stimulate?

The first pair of Fed “free money” stimulus packages seemed to, at least partially, do their job from a consumer standpoint. Consumers spent money in record amounts on both durable and nondurable goods according to official sources.

Durable goods spending spiked by about 18% to an adjusted rate of $1.86 trillion annually, as you can see on the chart below:

Nondurable goods spending (things like energy and food) also increased by roughly 6% to an adjusted rate of $3.21 trillion annually.

So why all the concern about the high-risk market “casino” if the stimulus checks went toward buying stuff?

Strap in, because this is about to take a weird turn in the wrong direction…

According to Wolf Richter, it seems like one reason that consumers spent like they did for the last year is they deferred their mortgages:

Millions of homeowners didn’t have to make their mortgage payments because they’d entered their mortgages into forbearance programs.

But “2.6 million mortgages are still in forbearance,” according to the article. Eviction bans and student loans automatically going into forbearance are only some of the reasons consumers went on the spending spree we saw above.

The problem is, either these mortgages, rent agreements, and loans eventually have to be repaid by the consumer, or the lenders might have to seek other remedies.

To complicate matters even more, Wolf thinks any demand for consumers to spend more could evaporate completely:

What will come when this crisis settles down, and when this free money fades, is a scenario where consumers have bought all the goods they wanted to buy. That’s the opposite of pent-up demand.

If the potential implications of this weren’t bad enough, it still gets more interesting.

At this moment, Congress is thinking about raining even more “free cash” down on Americans.

If Wolf’s prediction is right, and pent up consumer demand is gone, where will the money go?

Into the world’s biggest casino

I call it, or something like it, the “boredom markets hypothesis”: People got bored in their coronavirus-related lockdowns, and they couldn’t bet on sports because sports were canceled, so they turned to betting on stocks as a form of entertainment, not investment or financial analysis. The stock market is a casino that happens to still be open. [emphasis added]

“Robinhood’s (RBNHD) trading in equities and options spiked to a level more than double its previous peaks,” thanks to these gamblers.

You may think calling the stock market “casino-like” is an exaggeration. Massachusetts financial regulators disagree. When they filed a complaint against Robinhood last year, they accused the app of encouraging frequent trading, rewarding users with carefree animations like confetti (whether the trade is profitable or not).

I have to say, I sometimes play computer games on my phone, and my impression is that the thing that distinguishes Robinhood from other smartphone games is not so much the in-app animations as it is the money. Like, on Robinhood, you play a game on your phone, and sometimes you win money! Other times you lose money!

Whether or not it’s because of the confetti, we do know that Robinhood’s $0-per-trade business model forced other brokerages including Fidelity, E*trade, TD Ameritrade, even Charles Schwab to match their free-trading model.

This competition put even more money on the table.

Retail investors going “all in” on their casino bets?

In addition to Robinhood’s spiking trade volume, “Fidelity’s retail accounts totaled 26M in 2020, up 17% from a year earlier, while daily trading volume doubled,” according to an article on Seeking Alpha. “Brokerages were also bolstered as more people stayed at home due to COVID-19.”

We’ve been wondering why currently-astronomical stock prices keep rising, inflating the already historic “everything bubble” even more. It seems like the Fed isn’t just supporting stock prices through “quantitative easing,” but also by handing out chips for the world’s biggest casino.

We can expect more stock market chaos. Maybe from “short squeezes” like the WallStreetBets fiasco in the last week of January. Or we might see even sillier things like gambling on a stock because it has a cool name…

The individual investors that powered GameStop Corp.’s meteoric rise have a new target: Rocket Cos., the parent company of Quicken Loans. Trading of Rocket shares was halted several times this week because of its volatility. Individual investors on WallStreetBets, the Reddit community that gave birth to GameStop’s rise, have been encouraging each other to buy the stock in recent days and sharing evidence of their own massive gains. They have relished in the company’s name—Rocket—an apt one for their goal of higher prices. “The $RKT is fueled and ready for liftoff,” one user wrote early this week.

Matt Levine’s analysis: “An important feature of modern stock markets, unfortunately, is that companies sometimes go up not for any fundamental reason but because their names or tickers sound like something good. It makes as much sense as everything else, which is to say none at all.”

The financially savvy know that, in the typical Vegas casino, it’s a well-known fact that the odds are stacked in favor of the house. Some say, “The house always wins.”

Though you might not know it from the enthusiasm of the gamblers, the current Buffett indicator reveals an overwhelmingly inflated stock market. Today’s market cap sits at a staggering 185.4% over GDP. Even if total assets of Federal Reserve banks are included, the indicator is still 137% over GDP. Based on these metrics, the stock market is estimated to return -2.5% per year (on average) for the next eight years. That number doesn’t even include inflation.

And of course an average number like that smooths out the huge losses and the marginal wins. An average number like that is how the house looks at their earnings at sunrise, when all the gamblers have gone back to their hotels. A lucky few walk with a little spring in their steps, a little extra cash in their pockets. An unlucky few wait outside pawn shops on the Strip, wallets and bank accounts empty, hoping to sell anything for a few more rolls of the dice. Everyone else, they walk away a little bit poorer, but still hopeful. Still looking forward to tomorrow’s chance at a big win…

Fortunately, there are other choices available to you.

Owning assets with intrinsic value might help stack the odds in your favor.