Stock Market Massively Crashes. Not An Auspicious Start to 2016

2016 is off to a rocky start, with the plunging stock market sending shock-waves across the world. What does this mean for your savings? 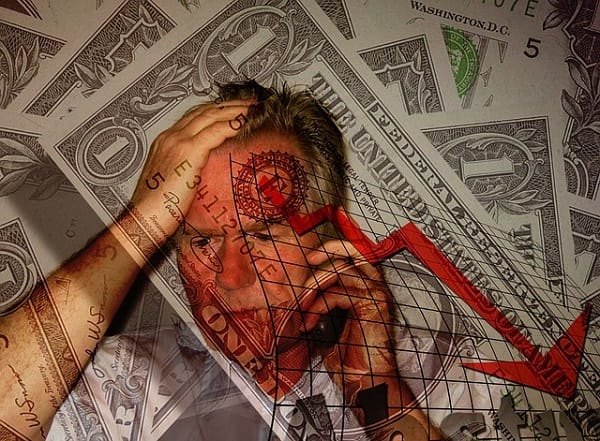 What a start to the year it has been!

If the first week of 2016 is anything to go by, then the stock market is in for a wild year ahead.

Within the first 15 minutes of trade for the year, the Chinese stock market plunged 7%, causing trade to be halted in an attempt to prevent any further loses.

It may have stopped the carnage for that day, but three days later on January 7, the market plunged a further 7%, forcing authorities to undertake the same actions by suspending trade.

It’s no secret that Chinese stocks are overpriced; in fact they are priced three times higher than any other market based on a price to earnings ratio. Can you say “bubble”? 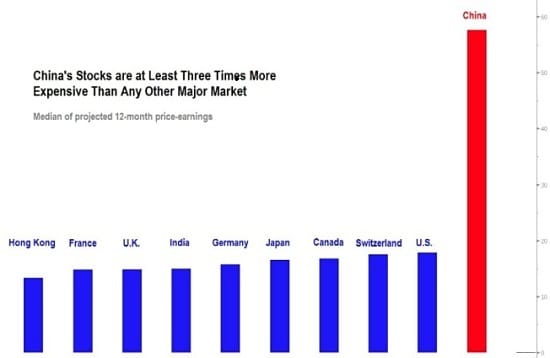 The Chinese stock market is beyond a bubble. (SOURCE)

When China’s bubble finally bursts, as it appears it is beginning to do, the whole world will feel its effects.

This can already be seen with the Dow tumbling 400 points on the news in China, and crashing over 1,000 points for the week.

With even “safe haven” stock Apple (AAPL) losing $100 billion in market value over the past month and moving under $100 per share, things aren’t looking good for the tech giant, which is rapidly losing its image as a market innovator.

If the apple goes rotten, we could see it spoil the entire barrel.

Here are the facts:

With Apple sliding on the market and forming an extremely bearish head and shoulders pattern on the charts, this could be just the beginning of a tremendous fall from grace… or the tree, if you prefer.

So it’s not only China’s stock market that is in bubble territory. In fact, former Federal Reserve President Richard Fisher slammed his former employer this week for distorting asset prices, saying that the problem is not China, but the Federal Reserve here in the United States.

Fisher claimed that the Fed had caused a rally in the stock market and created a wealth effect, but that it is now out of ammo… meaning that the party is over.

This sentiment is supported by the fact that the market is breaching the lows set in October 2014, when QE3 ended.

So with the trifecta complete — China crashing, Apple bleeding and the Fed out of ammo — you’re really only left with two choices to make.

On one side, you can sit on the shore, do nothing, and hope that a tsunami doesn’t wipe out stocks. Or, on the other side, you can take action by getting your assets in place and ready to ride out whatever wave may come.

History has shown us that over time, paper markets are prone to go to their intrinsic value: zero. On the other hand, tangible assets like gold and silver have persevered over the ages as a form of wealth preservation.

Perhaps it’s time you rethink your strategy to protect your savings.

When you’re ready to start protecting your savings from market volatility, we’ll be here to help.

The stock market plunge has been sending gold on a wild ride. Read why here.