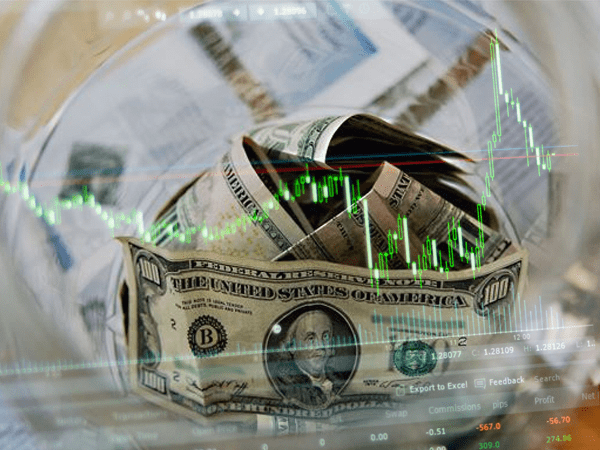 The stock market continues to reach new record highs, giving pensions a much needed boost. But fund managers and beneficiaries shouldn’t get too excited.

Rising stock prices may be enough to help failing pensions tread water for a little longer, but a critical analysis of the situation proves their fate is already sealed.

Looking Back: Pensions’ Path to Collapse

We’ve covered the plight of America’s pensions thoroughly over the last several months, watching them degrade into hopeless insolvency one by one. Here’s how they got to where they are today…

It started with a Federal law passed in 2014, which lets struggling public pensions slash benefits if granted permission by the U.S. Department of the Treasury. Earlier this year, a Cleveland-based ironworker pension took advantage of the new law for the first time.

In the months following, public pensions in states like Illinois, Kentucky, Connecticut, New Jersey, Texas, and Arizona were forced to consider doing the same. These states, plus a whole laundry list of others, are stuck with totally upside down budgets. And their underfunded pension programs are the primary culprit.

All said, only 15 states in the country can boast pension funding ratios in excess of 80%. The rest are barely keeping their heads above water.

And then the contagion started spreading to private pensions. Two of the country’s largest private employers, UPS and General Mills (both Fortune 500 companies), announced some form of pension benefit reduction last July — confirming the recent findings of a private report by Willis Towers Watson that shows private pensions are headed down the same path as their public counterparts.

Today, pension managers and beneficiaries are clinging to one last shred of hope: the notion that burgeoning stock prices will be enough to boost funds’ investment returns and close their shortfalls.

Sadly, the evidence shows their hope is likely misplaced…

Ever heard the saying… a rising tide lifts all ships? Well, the same is true when it comes to the upward momentum of a bull market. When stocks soar, anything exposed to them tends to get a pleasant bump as well.

That includes pensions. But the rising tide of stock prices today can only lift pension funds’ ships so far… because those ships are full of gaping holes.

See, pensions do hold stocks as a portion of their portfolios. Actually, pensions are holding more stocks today than is historically typical, due to the low yield environment in “safer” assets like bonds, Treasuries, and so forth.

However, even with pensions holding a larger ratio of stocks to other assets, the current bull market is still leaving them with an overwhelming burden of unfunded liabilities (obligated payouts to beneficiaries).

That’s because the majority of pension fund capital is still held in bonds and similar assets. And pension liabilities are calculated based on the “discount rate” of those investments — essentially the rate of return, which depends heavily on rate policy from the Fed.

Rockbottom bond yields around the world remain the biggest obstacle for many pensions as they try to backfill a $400 billion funding gap and shore up funds to cover payments to current and future retirees.

This low-rate climate is not expected to change much even as the Federal Reserve prepares to reduce its $4.2 trillion of bond holdings possibly from next month and investors speculate whether the European Central Bank may slow its bond purchases.

“We are still not back to where we were before the financial crisis, despite the great run in equities and fixed income markets over the last eight to nine years,” said Mike Moran, chief pensions strategist at Goldman Sachs Asset Management.

Pensions’ stock holdings have appreciated considerably this year, but their value has not caught up with their liabilities, or what they owe their retired workers.

The current value on pension liabilities is based on or “discounted” by bond yields, particularly those on corporate bonds. Liability value climbs with low yields because future bond income to meet payouts is low.

“Pension fund status hasn’t improved as much as you might think because the discount rate has stayed persistently low and has even fallen in some cases,” said Matt McDaniel, U.S. head of defined benefits at Mercer Consulting.

Ultimately, rising stocks are nothing but a reprieve for failing pensions. While fund managers may be able to use the current climate to keep their plans funded for the time being, the long-term prognosis remains grim.

1 Profitable Play On the Pension Fallout

The American pension system as it stands today is an economic powder keg. The only question is how it’s going to be ignited. Meanwhile, we’re living amidst the third longest bull market in U.S. history… and our economy is long overdue for a correction.

You don’t have to be an expert to see this is a recipe for disaster. If pensions can’t close their funding gaps during a raging bull market, how in the world will they do it in a bad bear market?

However, there is still a way to hedge your savings against the risks we’re facing in today’s unprecedented environment. There’s one asset play that will likely net many people a handsome profit when this brewing crisis finally gives way: physical precious metals.

Gold, silver, and other metals will benefit from this scenario in three key ways:

1) Pension Holder Buying Spree – When pension holders see the writing on the wall, they’re sure to start fleeing toward secure assets like physical precious metals for protection, which will only drive prices higher.
2) Fed Policy Reaction – The Fed is all but guaranteed to cut rates and begin more quantitative easing when this house of cards comes falling down, which will trigger a strong uptick in inflation. Again, inflation will only push metals prices further up.
3) Investor Flight to Safe-Haven Assets – Pension holders won’t be the only ones looking for shelter when things fall apart. Other retirees, individual savers, and commercial investors will do the same. And metals like gold will be the first place they run.

Today, you have the unique opportunity to act on this information before everyone else flees to precious metals and prices jolt upward. So if you haven’t prepared an appropriate position in gold yet, use this chance to your advantage and do so soon.