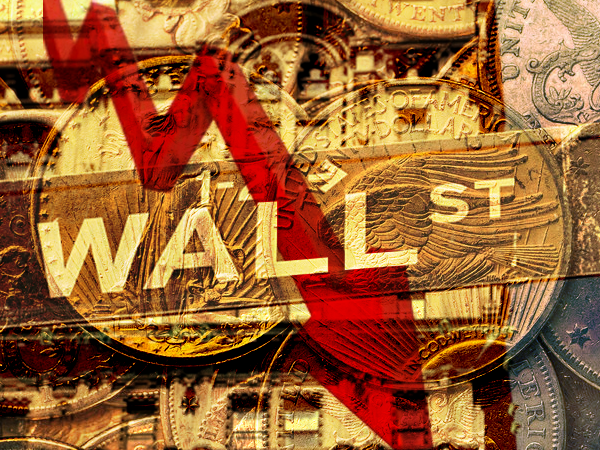 This week, Your News to Know rounds up the latest news involving precious metals and the overall economy. Stories include: Gold is up on safe-haven demand amid stock sell-off, gold is ripe for a rally, and 5 charts that show why gold belongs in your portfolio.

Gold up on safe-haven demand amid stock sell-off

According to a recent article on Kitco, gold climbed past $1,200 an ounce last Tuesday in a renewal of safe-haven demand from investors around the globe. The move was triggered by fears over a stock sell-off that started with U.S. equities and spread across the market, with China’s stocks dropping 5% to a 4-year low. Signs suggest that U.S. stocks may have peaked, potentially heralding more selling in a markedly bullish development for the gold market.

Other catalysts reported for the price gain included a weaker-than-expected consumer price index report, which clocked in at 0.1% instead of the predicted 0.2%. The rise in world government bond yields and the resulting spike in inflation carries negative implications for global equity markets, which is another source of concern for investors.

However, the tame U.S. inflation report also helped gold gain a leg up as market participants wondered whether the Fed will proceed with hike expectations amid weaker inflation. In the wake of the U.S. stocks sell-off, President Trump voiced his disagreement with the Fed’s hiking policy in a move that could likely influence subsequent FOMC meetings.

Lastly, a dip in crude oil prices for November came amid worries that a slowdown in global growth could translate to less demand for oil. Having breached the psychological threshold of $1,200, gold investors now have their sights set on $1,220 an ounce as the next key resistance level.

According to WisdomTree Investments, the downwards pressure in the gold market is too weak to account for the metal’s recent price performance. WisdomTree’s director Nitesh Shah says a 0.4% gain for the U.S. dollar and an 11-basis point rise in yields are insufficient cause for a price downswing reports Kitco.

Instead, Shah sees sentiment as the true headwind that’s kept gold down over the past few months. According to Kitco, the recent slicing of speculative positions on gold is indicative of overwhelming bearish sentiment which is unsustainable, said Shah, adding that speculators will eventually reassume their long bets.

Shah said that the mounting risks in the market, such as trade tensions and threats of a nuclear conflict, still haven’t played into the price of gold. The director noted investors’ ongoing faith in shaky emerging market equities as further proof that gold is being kept down primarily by a lack of interest in safe-haven assets.

Nonetheless, Shah sees interest restored by the end of the year, expecting the metal to trace back to $1,270 within that timeframe. Past that, Shah predicts gold will climb to $1,320 by Q3 of 2019, riding on the back of trade conflicts, Brexit-related complications and general financial tensions.

5 charts that show why gold belongs in your portfolio

In his overview of Incrementum’s annual “In Gold We Trust” report, Forbes contributor Frank Holmes wrote about five charts that show why gold remains an integral part of any portfolio.

The first chart outlines a transition from easy money that poured in the decade after the 2008 crisis to tighter monetary policies around the world. The Federal Reserve has been shrinking its balance sheet since 2015, and other banks promise to follow suit. Incrementum predicts that 2019 will be the year when global liquidity turns negative. As nearly every past hiking cycle triggered a recession, Holmes finds gold paramount in order to protect one’s wealth from the fallout.

The second chart shows a notable shift in central banks’ interest in bullion since 2010, as these institutions have been net buyers ever since. Although China, Russia, Turkey and India have traditionally dominated central bank gold purchases, countries like Poland, with its recent 9-ton purchase, have begun to enter the fray. To Incrementum, this is a clear sign that central bankers are skittish on the dollar’s prospects and the global monetary system around it.

The third chart shows the ever-increasing global debt, which ranges from sovereign debt to student loans. As seen on the chart, interest payments have risen in proportion, having recently ballooned to a record $500 billion a year. Holmes points to the growing U.S. federal deficit, set to exceed $1 trillon in 2019, as just one ominous reason why investors should keep their bullion close.

The fourth chart highlights one of gold’s strengths as a preserver of purchasing power. While gold has traded lower in U.S. dollar terms, it continues to soar in denominations from countries in turmoil, such as Turkey, Argentina and Venezuela. Holmes finds the latter example especially poignant, as Venezuelans who previously invested in bullion are among the only ones who can now afford to flee the country or survive its questionable leadership.

The fifth and final chart points to the skewed gold/silver ratio which, as numerous analysts have noted, should sit well below the current 83. Each time the ratio has climbed above 80 in the past it has translated to a very attractive buying opportunity, and Holmes sees no reason to think the latest occurrence is any different.