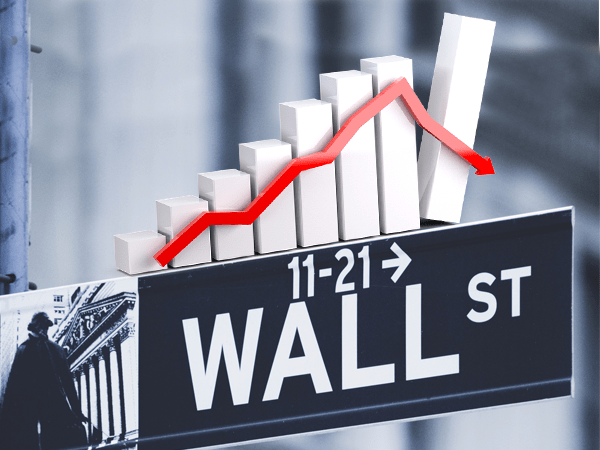 You can expect rising inflation and rates to be a topic of conversation for the remainder of this year, and through 2019 according to experts.

A recent CNBC Fed Survey shows about half of the experts responding believed there would be three more rate hikes after June 2018.

Almost the same percentage of experts forecast 3 or 4 more rate hikes in 2019. From the report on the survey (emphasis ours)…

For 2019, the median is for two hikes, but most of the risk looks to be with more rates rises. Forty-three percent forecast either three or four hikes next year.

It’s important to note that inflation is still rising too, with the outlook for inflation to hit 2.45% this year, up from a very strange, low forecast last July of 2.18%.

Not to mention, raising rates plus inflation also get mixed together with a flattening yield curve between 2- and 10-year Treasuries. According to Rob Morgan at Sethi, this scenario is eerily similar to 2007, just before the recession…

“The spread between the 2-year and 10-year Treasury is now the tightest it’s been since 2007,” said Rob Morgan, chief investment officer at Sethi: “The flattening yield curve in 2007 was a harbinger of the Great Recession of 2008. Scary stuff.”

There’s also a lack of clarity by the Fed about just how many rate hikes will happen this year. A recent FOMC meeting left traders unclear, and stocks floundered as a result.

From a report by Patti Domm at CNBC…

Bond prices moved slightly higher and stocks waffled after the Fed sounded slightly less “hawkish” than expected and failed to end the debate on how many times it will hike rates this year.

The Fed left rates unchanged Wednesday, after hiking a quarter point in March, and added minor tweaks to its comments on inflation and the economy. But some traders had expected the Fed to clearly signal whether it will pull the trigger on two or three more rate hikes this year.

All of this uncertainty, rising rates, plus increasing inflation along with tightening yields warns of a near-term market correction…

Mark Mobius, Founding Partner at Mobius Capital Partners claims we should be ready for a major market correction due to the upcoming rate hikes…

A 30 to 40 percent adjustment is “not unreasonable,” he said, speaking on developed as well as emerging markets. “I’m not predicting that, I’m just saying we’ve got to be ready for that,” he added. Mobius cited the long U.S. bull market, since 2009, as the reason for the correction.

“The catalyst I believe will come from continuing increases in interest rates. The (Federal Reserve) is definitely moving in that direction,” he said. “When the Fed moves, everybody else has got to move in that direction.”

He added that any political event like trade wars, geopolitical tension, etc. “could also be a trigger” for a severe market correction.

But the market won’t only be taking a major hit based on rates and political factors. Company valuations are also higher than market fundamentals can justify.

In fact, they are so high that according to Allianz CEO Oliver Bate, we should expect a “more severe market correction.” He was careful about the exact timing for the correction, but added the following in a recent interview:

Although Bate said the exact timing of such an event remained to be seen, he added that his Munich-based financial services firm believed market risk was “severely mispriced” and was being “very, very careful” as a result.

Mr. Bate called the “mini-correction” back in February correctly, stating in January that it was “absolutely clear” that a correction would happen.

It’s been 10 years since the bull market began, and eventually what goes up, must come down.

Bottom line, as a report at the New York Times stated, “the long, smooth ride is over” and we’ve “entered correction territory.”

So Hedge Your Bets Now…

There’s plenty of recent historical evidence indicating the same thing could happen again. If the market corrects as severely as experts predict, the effects could send gold soaring.