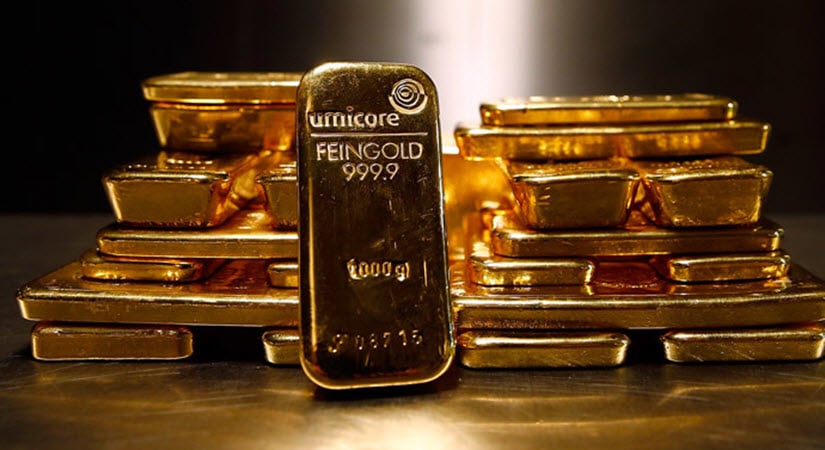 This week, Your News to Know rounds up the latest top stories involving gold and the overall economy. Stories include: StoneX’s bullish outlook for gold in 2021, low interest rates to support gold for years to come, and a rare gold coin fetches $9.36 million at Texas auction.

StoneX: Expect gold to trend up for at least another six months

In their outlook for 2021, commodities and foreign exchange trader StoneX said that gold should continue trending upwards throughout the first half of 2021 on the back of numerous powerful drivers. These include economic risks and uncertainty as well as geopolitical turmoil, both domestic and international.

As the firm noted, last year saw precious metals emerge as the best-performing commodity group with a 27% rise year-on-year. Silver and gold supported each other’s prices as investors looked for a hedge amid conditions that seem to have very much poured over into the new year. In particular, StoneX sees additional stimulus by global central banks and the accompanying rise in inflation expectations as prominent vehicles for an extension of the bull run.

“The United States, the European Central Bank, and the Bank of Japan have all been active with combined asset growth of over $7 trillion last year. With Congress’ approval of a $900 billion virus relief package in the United States (tied to the $1.3 trillion government funding program) there is more liquidity coming; Europe may follow suit, while Japan is looking to extend support for the corporate sector,” explained the firm.

More than inflation on its own, StoneX noted that its effect on real rates will continue driving money managers to utilize gold as a hedge, especially due to the threat of a stock market correction. StoneX added that positive vaccine developments, though tied to sentiment, will do little to return global GDP to pre-crisis levels, with recovery projected to be even slower in developed economies.

Relations between sovereign nations, especially in the case of the U.S., China and Europe will be something to watch for, as StoneX believes that the crisis could pave way for protectionist policies and general distrust. On the domestic side, StoneX notes that polarization and ensuing conflict could undermine Joe Biden’s presidency throughout his term, adding yet another reason to bet on gold. With so many factors pushing prices up, StoneX agrees with Bloomberg analysts anticipating gold will continue rising for another six months, if not longer.

Heading up to Friday’s trading session which saw gold reach a high of $1,863 over further stimulus expectations, Mining.com drew our attention to a Moody’s Investor Service report upgrading its “price sensitivity range” for gold. The price sensitivity range, which the agency uses to evaluate credit quality and risk for producers over the coming years, was elevated to $1,200-$1,500 from the $1,100-$1,400 range set in February last year, representing a median increase of 8%.

It’s important to note this figure is not a point-in-time spot price prediction, but rather a medium-term outlook for the market price overall. What can we glean from this update? Moody’s, a highly reputable research and risk-assessment firm, anticipates an 8% rise in gold prices “in the medium term. ” (Unfortunately, Moody’s doesn’t offer clarification on what exactly a “medium term” timeframe consists of.)

Moody’s, a debt ratings agency, explored some of the factors that are shaping up to keep bullion in high demand moving forward. In addition to geopolitical tensions and uncertainty, the agency sees two other tailwinds in the form of an uneven global economic recovery and long-term continuation of low interest rates from sovereign bonds:

Central banks have already communicated that they will likely keep interest rates low through the next two years and until economic growth recovers, unemployment rates decline and inflation anchors at the target. Given that the economic recovery will still be incomplete in 2021, and given the persistent long-term disinflationary pressures from technological innovation, the risks of disinflation will be higher in 2021, relative to the risks of inflation overshoot. This will provide space for interest rates to remain low across both advanced and emerging economies.

With gold being primarily used for investment purposes, the agency expects the market to remain highly sensitive to ongoing economic and geopolitical developments. Low or even negative interest rates, however, remain a standout and will continue powering gold demand in the next few years.

For example, the report highlights the following sources of gold demand:

The 1787 series of Brasher Doubloon gold coins ranks among the most valuable collectible coins. The $9.36 million sale of one of the coins at a recent Dallas, Texas auction served as a reminder of this, as it represented the highest amount ever paid for a single coin. 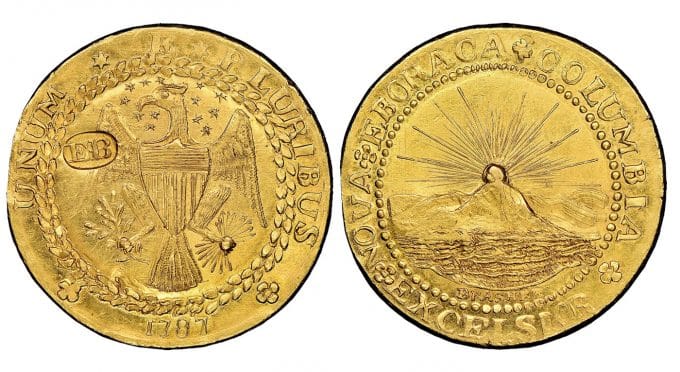 This 1787 New York-Style Brasher Doubloon, set a $9.36 million world record auction. One side features a mountain range was adopted from the New York State coat of arms with the motto “Nova Eboraca Columbia Excelsior,” which translates as “New York America Ever Higher.” The reverse includes the eagle and other elements of the Great Seal of the United States and includeswith the country’s motto “E Pluribus Unum.” Note also the goldsmith’s initials “EB” stamped on the eagle’s wing. (Image by NGCcoin.com.)

The sale was held by Heritage Auctions and the coin went to an anonymous buyer, with Heritage’s executive vice president Todd Imhof revealing that the coin was the finest in quality of the seven known to exist. “The Brasher Doubloons, for coin collectors, coin connoisseurs, this is sort of a holy grail … the one piece that is the most famous and the most desired coin,” he said.

The coins have quite the history to them, one that suggests that the U.S. Mint‘s own design may have been influenced by the series. The Doubloons were crafted by noted New York gold and silversmith Ephraim Brasher (the next-door neighbor of George Washington) before the U.S. Mint began its production in 1793, meaning that all gold and silver coins in the U.S. at the time either came from private mintages or foreign nations.

“I think these coins are generally considered to have been sort of prototypes, experimental pieces if you will, and were likely given to VIPs and dignitaries at the time,” said Imhof of the series. The coin sold at the auction was part of the late New York businessman Donald G. Partrick’s collection, who bought the piece for a comparatively meager $725,000 in 1979. Now that’s a return on investment!