Financial Strategist Says Gold Could Become The Most Desirable Asset 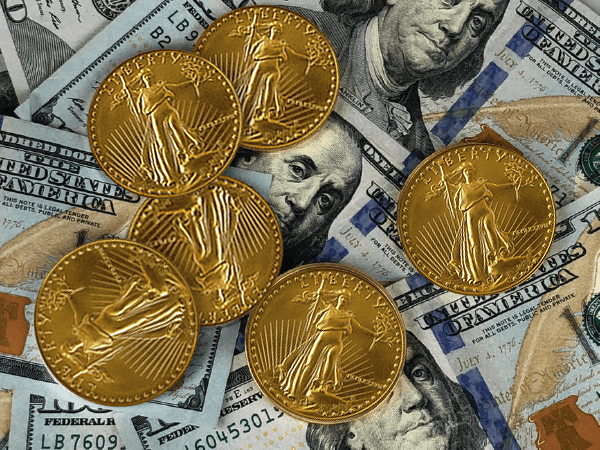 This week, Your News to Know brings you the latest stories involving gold and the overall economy. Stories include: Gold could suddenly become the most desirable asset, gold is heading to $1,400 if trade war breaks out, and could the U.S. finally see a return to the gold standard?

Gold could suddenly become the most desirable asset, says strategist

As debt levels rise and the Fed continues to tighten its monetary policy, gold could soon emerge as the most attractive asset reports an article on Kitco. Stephen Pope, macroeconomic strategist and managing partner at Spotlight Group, noted that the willingness to wage a trade war with China isn’t representative of a country with an urgent need to reduce its fiscal deficit.

The already-massive debt, in excess of $21 trillion, is scheduled for expansion as the Treasury plans to borrow an additional $1 trillion in 2018. Numbers such as these are hugely positive for gold, said Pope, as the metal shares a strong correlation with debt.

Along with a rising deficit that will continue to boost gold prices, the metal should also see gains due to the Fed’s persistently hawkish fiscal policy. The multiple rate hikes that the Fed has charted could strike the markets too soon and lead to a number of corporate defaults this year, giving way to an increase in unemployment and a plunge in property prices.

Each of these factors will serve to reduce investors’ appetite for risk and lead them towards safer assets like gold, said the strategist.

Sprott: Gold is heading to $1,400 if trade war breaks out

Should the standoff between the U.S. and China boil over into a trade war, gold could pass $1,400 an ounce before the year ends, says Bloomberg. After a back-and-forth that saw the two countries impose tariffs on each other, the markets are bracing for another round of tensions as the U.S. prepares to place further limits on Chinese imports.

Conflicts like these threaten to subdue demand for U.S. assets in a time of expanding debt, as well as introduce new vulnerabilities to the dollar. Rick Rule, chief executive officer of Sprott U.S. Holdings Inc., believes the latter point is of particular importance to gold investors. With the bull market in bonds nearing the end of its course, a potential loss of the dollar’s long-term purchasing power could bring gold prices to their highest level in five years.

“In the 40 years I’ve been involved in the gold market, the most important determinant of the gold price has been international confidence in the U.S. dollar and in particular, the U.S. dollar as expressed by the U.S. 10-year Treasury,” said Rule.

“The fact that the U.S. seems to be bound to engage in a zero-sum trade war has begun to strike people as something that’s bad for everybody in the world, not just the U.S. The potential for a winnerless trade war certainly gives cause to some concern.”

As Western investors continue to worry over worsening relations, the rise in income and savings in Asia will act as another driver of gold demand due to the region’s fondness of the metal, Rule added.

After 34 years, the U.S. could finally see a return to the gold standard

As Forbes contributor Nathan Lewis points out, the current environment of free-floating currency could be seen as an anomaly. For over five centuries, issuers of major currencies around the world followed the same principle – attaching their paper money to gold in order to fix its value.

Since the abandonment of the gold standard in 1971, the dollar experienced a remarkably sharp drop in value. Lewis sees this trend continuing indefinitely unless changes are made to the monetary system. Although the weakening of a nation’s currency is one of the hallmarks of a decline, many remain unconcerned with the loss of the dollar’s purchasing power.

Yet notable government figures have called for a re-tethering of the dollar going back decades. In 1984, Congressman Jack Kemp unveiled the Gold Standard Act of 1984, which received support from seven other members. More recently, former Fed chair Alan Greenspan said that a return to the gold standard would fix many of the dollar’s woes and prevent a possible descent into a recession.

The most recent attempt to reattach the dollar to gold comes from Congressman Alexander Mooney, who in March introduced “a Bill to define the dollar as a fixed weight of gold.” Lewis believes we are nearing a point where gold-based money will once again become the norm, whether the change comes from H.R. 5404 or a different bill altogether.

And the return would be valid: throughout the course of history, the gold standard has beaten every other anchor system, including the euro’s so-called “PhD standard”, and has repeatedly acted as the backbone to periods of great economic prosperity.