Home » Blog » Will Student Debt Forgiveness Burst the Everything Bubble?

Will Student Debt Forgiveness Burst the Everything Bubble? 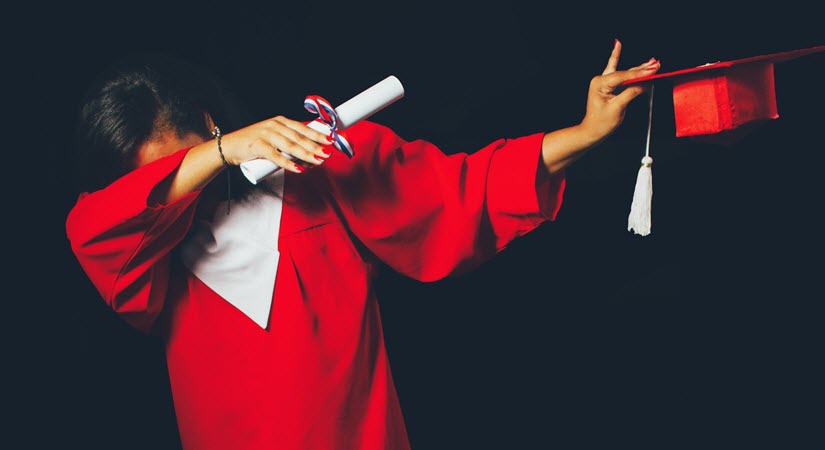 On Wednesday, August 24, President Joe Biden said the U.S. government would forgive $10,000 in student loans for most debt-burdened Americans:

U.S. consumers carry a massive $1.75 trillion in student loan debt, most of it held by the federal government, the result of university tuition fees substantially higher than in most other rich countries.

Biden’s administration will extend a COVID-19 pandemic-linked pause on student loan repayment to the end of the year, while forgiving $10,000 in student debt for borrowers whose income falls below $125,000 a year, or $250,000 for a married couple, the White House said.

The policy would impact 8 million Americans automatically, and others would be able to apply for the forgiveness, according to the same piece.

The move drew criticism from various politicians including Mitch McConnell, who even called the debt forgiveness “loan socialism.”

The problem is pretty clear: What might be received as good news by students saddled with debt could also end up being bad news for the rest of the nation.

Let’s briefly explore the potential downside risks of this policy…

Debt forgiveness is politically beneficial, but at what cost?

Biden and other Democrats have stood behind his proposal to cancel student debt.

Pundit Joseph Stiglitz even claimed the additional spending would “help the economy” and “cut inflation.”

Moderate supporters at Goldman Sachs didn’t go quite that far, concluding that it “won’t increase inflation or production much.” The details:

The aggregate effects from such an income boost would be small, however, with the level of GDP increasing by about 0.1% in 2023 with smaller effects in subsequent years. We would expect the effects on inflation to be similarly small.

Economists from Bank of America are relying on the possibility that students might resume paying back the same loans they couldn’t afford to repay before.

But one big monkey wrench in the predictions these experts are laying out is the actual cost of the initiative that Biden is proposing.

Another recent report explained how this program could potentially cost up to $1 trillion, with the debt-cancellation portion accounting for half of that total alone:

The Penn Wharton Budget Model, frequently cited by policy makers, said the price tag for the student loan program could reach $1 trillion. Other analysts say the bill could be nearly $500 billion. The Wharton model says the debt-cancellation portion alone could cost more than $500 billion.

If the Fed is tasked with reducing inflation that is eating away at the budgets of every American, additional spending of this magnitude could make that more challenging.

Which brings us to the next logical question…

Unfortunately, we will have to wait and see to be sure, but signs do point to “Yes.” It is additional spending that is likely to increase the Federal deficit, which historically led to higher inflation in the 1980s.

Investopedia explains how this happens: “budget deficits crowd out private borrowing, manipulate capital structures and interest rates, decrease net exports, and lead to either higher taxes, higher inflation or both.”

Vox published an explainer that highlighted several criticisms from experts as it pertains to this unprecedented debt forgiveness:

All these points make sense. But what could be more alarming are the potential ripple effects that a program like this could produce in the future.

The idea of “forgiving debt,” while it might sound good, could become a “moral hazard.” That means people might expect their debts to be canceled in the future, and, even worse, behave accordingly. Moral hazard is one of the forces that led to the 2008 Great Financial Crisis. Furthermore, such policies would increase demand for higher education, forcing colleges and universities to raise tuition prices further (technically, this is a form of “demand-pull” inflation).

And who knows if more consumers would demand that other forms of debt be forgiven by the U.S. government? That could make getting credit more expensive, and have negative run-on economic effects.

But the bottom line is: This doesn’t seem like a good idea for anyone in the long-term, and it appears that the Fed would have a more difficult time combating inflation if it does come to fruition.

While the Fed and White House work at cross-purposes, what should we do?

Whether it’s student debt forgiveness, or another package of “feel good” legislation, the current Administration appears like it will continue to spend like it’s out of style.

But your financial situation shouldn’t have to suffer because of it! Consider taking a minute to learn about retirement plans that allow diversifying with physical precious metals like gold and silver. Physical precious metals are uninflatable and their value doesn’t wax and wane when politicians play games with the economy. There’s a reason gold is historically the favored safe haven investment. With a solid plan in place you can feel more secure that your savings will endure and even grow despite the whims of current and future White House administrations.