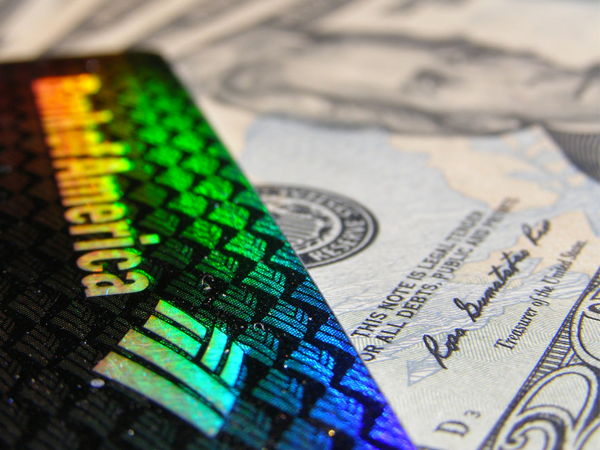 The debt-fueled housing bubble was our economy’s last great downfall. But now debt-fueled bubbles in other sectors could bring about something even worse.

Think for a moment about the factors responsible for the bubble that caused our last financial meltdown: Unscrupulous lending practices, government incompetence, and Wall Street greed.

You would think those factors were totally eradicated after the disaster of 2008. But have we learned our lesson?

Well, if you look at what’s happening with automotive and educational debt, the sad but truthful answer is a firm “no.”

With the housing market bubble standing as a clear example, we can easily see the warning signs of another debt crisis on the horizon.

First of all, total household debt is skyrocketing. According to the New York Fed via Mises.org, household debt has risen back to its highest pre-crisis levels from 2008. But the kind of debt represented in that rise is far different than it was eight years ago.

Before the crash of 2008, total household debt was weighted strongly by mortgages and real estate debt. Today, however, auto and student loans represent a disproportionately large amount of total debt.

Americans are still holding housing debt, but they’re actually holding much less today than during the crash — $1.01 trillion less, to be exact. Meanwhile, auto and student loans have increased by $1.04 trillion since 2008, more than enough to make up the gap in housing debt.

So, in essence, who’s to say we aren’t right back where we started, peering off the edge of a cliff and waiting for something to push us off?

When to Look for a “Pop”

Every bubble is fine and dandy until it hits its breaking point and bursts. And the bubbles brewing in the auto and student debt markets are no different. The trick is knowing how to see the danger ahead of time.

Thankfully, all we need are a few key pieces of information.

First, let’s take a look at student debt. The total amount of U.S. student debt hit its highest level on record just this year, at $1.31 trillion. But roughly a quarter of the people holding that debt are either defaulting or over 90 days late on their payment. That doesn’t bode well.

And to top it all off, the U.S. government either owns or guarantees 90% of that debt, adding another dangerous element to the bubble.

Then there’s the auto industry. Several years of rock bottom interest rates have created a spookily similar scenario to that which surrounded the housing crisis: it’s easy to borrow money to buy a car (even with terrible credit) and the loans themselves are structured to keep car buyers in debt.

For example, many borrowers are “upside down” and so they roll the debt from the previous car loan into the new loan. This negative equity means they owe more than their new car purchase is worth — even before they drive off the lot!

Eventually, the cycle has to stop. It simply can’t go on forever. And it looks like we may have already crossed the point of no return.

Morgan Stanley’s in-house analysis predicts used car prices will crash by 50% in the next 4-5 years. And the shocking decline in car sales recently reported by several major automakers is further proof that not all is well in the car market.

Why Nobody Should Be Complacent

If the bubble forming in student and auto loan markets turns out even half as bad as the 2007/2008 housing bubble, Americans should be preparing themselves right now.

One of the easiest way to do that is to protect your savings with a real asset of firm value, one historically proven to survive — and even thrive — in times of economic distress.

Gold is a natural choice. After the crash of 2008, gold prices set off on a phenomenal bull streak, moving from $988/oz at the time of the crisis to as high as $1,900/oz three short years later.

In the years since that record value, gold prices have come down. Could now be the right time to get back in? If history repeats itself, Americans standing on the side of gold could very well be the only ones protected by the eventual pop of today’s mounting debt bubble.