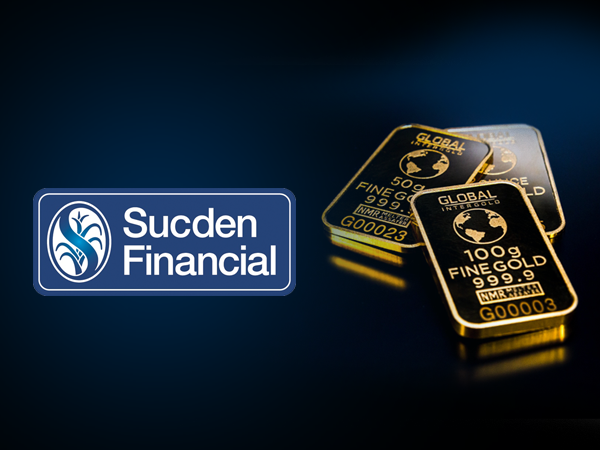 This week, Your News to Know rounds up the latest news stories involving the gold market and overall economy. Stories include: Gold to sustain rally and test resistance at $1,400, gold’s gain is closely tied to the plunging dollar, and India’s finance minister says the government will formulate a comprehensive “gold policy”.

Sucden Financial: Gold to sustain rally and test resistance at $1,400

A recent report by Sucden Financial states that multiple factors are combining to boost gold on its way to $1,400 an ounce. The metal rallied 8% since December, having grown against the difficult backdrop of soaring equities and the aftermath of a Fed rate hike.

A Kitco article writes Sucden Financial analysts expect pressure from equities to ease soon, with a correction increasingly likely due to overstretched stock valuations. Emerging interest in precious metals is a sign that investors are bracing for a reversal in the stock market, as well as protecting themselves from other risks, said the team.

The fact that interest rates are rising at a time when global net debt is $233 trillion puts the world economy at risk, potentially acting as another source of interest in gold. Likewise, the firm expects an increase in employment and the subsequent rise in inflation to act as another tailwind for the metal, along with heightened geopolitical tensions around the world.

“If demand-pull pressures return, as the PMIs suggest they are, sustained inflation would enhance the likelihood of investors using gold as a hedge,” said the analysts.

Adding to the surge in gold demand from funds at the start of the year, Sucden Financial’s team said that 2018 may see an uptick in physical gold demand, either from jewelry or the manufacturing sector. Noting that a slight pullback in prices would be expected, the firm’s analysts said that gold will nonetheless end the year on a high note by testing resistance at $1,400 and reaching multi-year highs.

Gold’s recent gain is tied closest to the plunging dollar

According to Bloomberg’s Marcus Ashworth, investors should focus on the dollar’s ongoing fall to get an idea of where gold is going next. Having risen by over $100 in six weeks to capture the 2017 high of $1,359 an ounce, the next goal for the metal lies at $1,400.

Given the likelihood of further losses in the dollar, it’s a good bet that gold will test this key resistance level and reach levels last seen during the sovereign debt crisis of 2010-2013. After a sustained drop throughout 2017, the dollar saw a downwards spike in December and further losses in January after Treasury Secretary Steven Mnuchin lauded a weaker dollar at the World Economic Forum in Davos.

Once gold passes $1,400, the focus will shift from the dollar’s performance to the inflation rate. After traditionally increasing when the dollar turns bearish, many have wondered why inflation has gone the opposite way while the greenback plunged. With inflation expectations rising, some believe that a quick uptick will catch the Fed off-guard and see inflation spiraling past their targeted rate.

Between a weakening dollar and worries that a surge in inflation is coming, the stage is set for gold to continue its impressive performance from recent weeks.

Given India’s status as the world’s top consumer of gold, it’s no surprise that the metal played a major part in Arun Jaitley’s Budget 2018 speech. An article on Moneycontrol said India’s finance minister told listeners that the government would create a comprehensive Gold Policy to allow the metal to grow as an asset class.

Among the specifics Jaitley talked about was the Gold Monetisation Scheme, which will receive an update so that citizens can have easier access to a Gold Deposit Account.

Somasundaram PR, the World Gold Council’s managing director for India, praised the changes and said that they will have a significant positive impact on gold.

“The government’s announcement that it will formulate a comprehensive gold policy to establish gold as an asset class is ground-breaking. The establishment of regulated gold exchanges is exceptionally positive towards making gold a mainstream national value-added asset. A stable policy environment and a fair and effective trading market will bring the much-needed transparency and stability,” said the WGC member.

Gold could also benefit from some of Jaitley’s other talking points, such as steps to improve farm income and higher infrastructure spending. Boby Chemmanur, chairman and managing director at Chemmanur International Jewellers Group, said that more income in the hands of the rural population will lead to greater gold consumption, especially since the farming regions are known for their fondness of bullion.

A lack of adjustments regarding transactions of certain immovable property should also help move money from the real estate sector into gold. According to Chemmanur, plans of additional taxation on stock capital gains place an even higher premium on the already-pricey market, potentially leading to a sizeable shift from equities to bullion by Indian investors.

In broader terms, a higher economic growth of 7%-7.5% in the short term and 8% in the medium term will make the Indian economy one of the best-performing in the world, which will undoubtedly stimulate consumer spending on gold.