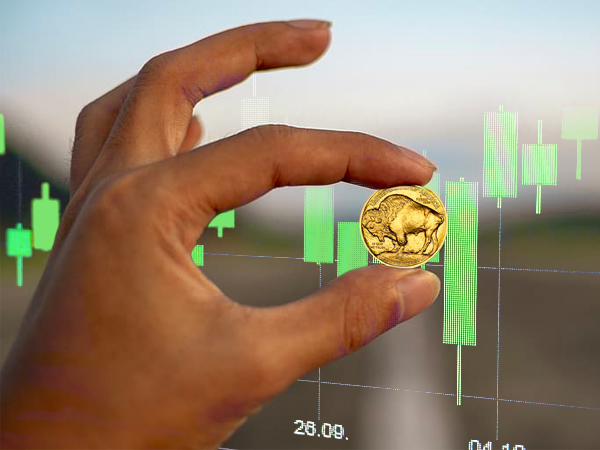 This week, Your News to Know rounds up the latest top stories involving gold and the overall economy. Stories include: Physical gold is getting more difficult to come by, gold jumping to $2,000 by 2021 is a reasonable prediction, and Goldman Sachs tells investors to buy gold.

As Switzerland shuts down, gold investors are running into a safe haven supply glut

While many countries have experienced some form of shutdown in response to the coronavirus pandemic, Switzerland’s case is shaping up to be the most impactful to the gold market. When it comes to gold processing and storage, Switzerland is one of the most pivotal countries in the world.

These sectors, along with dealership, transportation and mining, have all been affected by the crisis. The situation has been worsened due to Switzerland bordering with Italy, the nation that has been hit the worst by the virus. And, according to those in the Swiss bullion industry, investors are having a hard time purchasing physical precious metals.

While Swiss Gold Safe’s high-security gold storage facilities have been doing well, the firm’s brokerage side has essentially shut down. Ludwig Karl, a board member at the company, said that bullion dealers in Switzerland have largely closed up shop due to government restrictions while related firms have minimized their brokerage activities, making it exceedingly difficult for private investors to obtain physical gold.

Although investors tend to opt for the most popular coins, such as the South African Krugerrand or the Canadian Maple Leaf, Seamus Fahy, co-founder of Merrion Vaults, said that market dynamics have shifted to a point where many buyers will contend with any physical gold they can get. The supply glut comes amid a return of buyers to the gold market, with the metal gaining around 8% last week and famous investors like Naguib Sawiris and Mark Mobius doubling down on gold and recommending that others follow suit.

TD Securities is the latest firm to issue a bullish gold forecast as the precious metals market sheds its losses and returns to the seven-year highs seen around the start of the year. Last week saw gold move up and down as the buying continued, with the metal nearing $1,700 during the week and hitting a high of $1,640 during Friday’s trading session.

According to Bart Melek, TD Securities’ head of global strategy, all of gold’s most powerful drivers were there before the crisis hit, and the metal is likely to continue growing exponentially as the stock market scrambles to find a way to deal with its worst losses since the 2008 financial crisis and world governments waste little time applying heaps of stimulus to their damaged economies.

Last Monday’s announcement by the Federal Reserve that it will provide unlimited liquidity, paired with the Senate’s decision to approve a gargantuan $2 trillion stimulus bill on Wednesday, should be major tells as to where gold’s price is heading. As evidenced by the second half of 2019, gold thrives in environments of low or negative rates, and Melek points out that negative rates are likely to become the norm for a long time. Paired with an expected broad currency debasement and market movements similar to those exhibited during the 2008 crisis, Melek thinks the path is clear for gold to reach $1,800 by year’s end and move on to $2,000 and above sometime during 2021.

Melek advised investors not to pay attention to pullbacks while the pandemic is still ongoing, noting that the blow dealt to the already-shaky mining industry should act as additional fuel for gold’s gains over the long term.

“But, any selloff in the near-term should be considered as temporary, as the previously discussed macro factors and the fact that some six million oz of annualized mining gold production is shutdown due to COVID-19 measures and logistical issues making physical shipments extremely hard, will likely serve as an additional catalyst moving the price toward $1,800 before the yellow metal reaches escape velocity toward a $2-handle,” said Melek.

The time to buy gold is now, says Goldman Sachs

Having made several updates to their gold price forecast before the coronavirus outbreak, Goldman Sachs’ analysts are growing even more bullish on the metal’s prospects as governments begin to deal with the effects of the crisis. The selloff in the gold market was mostly driven by an overwhelming desire for liquidity, yet fiat currencies are likely to lose their appeal as the Federal Reserve and other central banks usher in a period of ultra-loose monetary policy.

“We have long argued that gold is the currency of last resort, acting as a hedge against currency debasement when policy makers act to accommodate shocks such as the one being experienced now,” said head analyst Jeffrey Currie and his team.

Goldman now expects gold to hit $1,800 in the next 12 months as global stimulus begins to recreate similar conditions to those when the metal hit its all-time high. As the team pointed out, the Fed’s announcement that it would unveil quantitative easing in November 2008 acted as the catalyst for the previously-underperforming gold to go on a prolonged uptrend.

Goldman said that gold has responded in accordance over the previous week, posting significant gains as one stimulus after another were announced. Besides being a driver of gold’s gains on their own, Goldman’s team expects the new policies to bring to light the Fed’s ballooning balance sheet and worldwide fiscal deficits, thereby placing both the U.S. dollar and the euro under scrutiny.