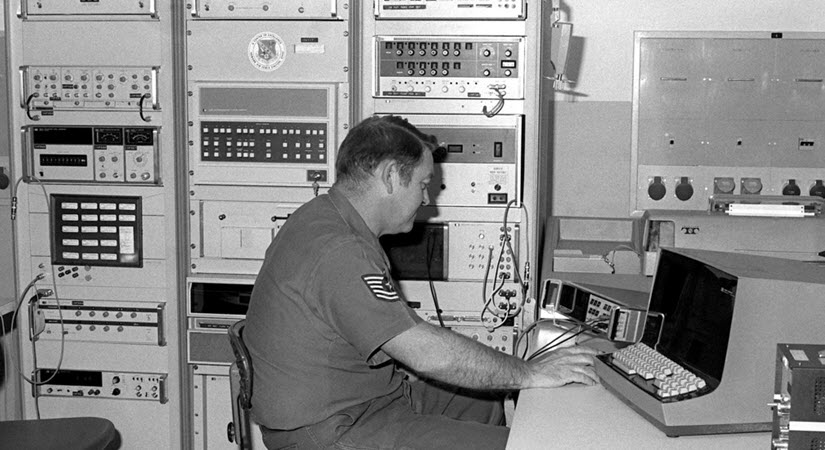 This week, Your News to Know rounds up the latest top stories involving gold and the overall economy. Stories include: We’re past the point of waiting for an economic depression, next bear market will be worst in Jim Rogers’ lifetime, and retail investors are bullish on gold.

The economic depression is already here, but there’s a way to counter it

Finance author Robert Kiyosaki recently spoke to Stansberry Research, reiterating his bearish stance on the global economy. Kiyosaki has been sounding the bells for what he calls the biggest crash in world history for months, initially predicting it to hit in October 2020. The S&P 500 Index has done nothing but soar since then, but Kiyosaki can’t ignore the red flags.

One of, if not the primary concerns of the stock market boom over the past two years is that it’s powered by printed money instead of a strong economy. Given that the U.S. stock market was already in its longest bull run in history prior to 2019, and that seemingly every analyst was already tapping a foot and making bets on when the bubble would burst. That was then, and things indeed seem even worse today.

Kiyosaki advised investors to buy gold and silver as protection. Why?

It would be difficult to. More than 35% of all U.S. dollars in existence were printed last year, and it ties uncomfortably into the Fed’s absurd speak-no-evil policy regarding the inevitable inflation.

When Kiyosaki first bought gold in 1972, it went for $50 an ounce, and that it goes for $1,800 these days says enough. Interestingly, he notes that silver could be an even better buying opportunity, as it remains 50% off its all-time high and has a great deal of manufacturer demand for its multiple industrial uses.

Regarding the technical side of global economics, Kiyosaki pointed to the inversion of the eurodollar yield curve, meaning shorter-maturity debt pays higher interest than longer-maturity debt. Historically, that’s meant “something bad is happening,” Kiyosaki states.

Kiyosaki believes that our current inflation surge compared to economic growth numbers are telling us we’re already in a “technical depression,” just one with some market lag. And possibly a better marketing team.

Jim Rogers: The next bear market will be the “worst in my lifetime”

Jim Rogers has been around the investment block for a while, and is known to sport a contrarian view on the stock market even when Wall Street seems invincible. Rogers isn’t just another talking head: He co-founded the Quantum Fund during the bear market in 1973, which went on to post a return of 4,200% by 1980 while the S&P 500 Index rose by 47% during the timeframe.

That kind of performance is probably worth listening to.

Having seen quite a few bear markets, Rogers is seriously concerned today:

The next bear market will be the worst in my lifetime.

He has been on bubble alert on and off for the past few years. He recommends several assets that can help investors turn a profit if, or rather when, the economy goes off the rails.

Rogers’ investment approach is down-to-earth, both literally and figuratively. He touts the intrinsic value of copper and farmland as examples of exposure to tangible investments that are always going to be necessary, offer low risk and high reward.

His third investment of choice, and one that also falls in line with his general view, is silver. He calls it as one of his favorite commodities, and says that the current valuation is a head-scratcher:

The all-time high for silver is $50 an ounce; now it’s $23. Why can’t silver go back to its all-time high? That’s the way markets usually work.

Silver’s historically low price is an opportunity compared to copper, which hit new highs recently. Today we’re seeing peak silver demand from both the investment and industrial side. Down the road, we expect silver will benefit from its critical role in solar panels and electric vehicles.

There often appears to be a disconnection between Wall Street sentiment and reality, a kind of excessive bullish optimism that ignores bad news. Changes in economic conditions, future rate hikes  and the proverbial black swans are rarely included in Wall Street analysts’ market outlook reports. 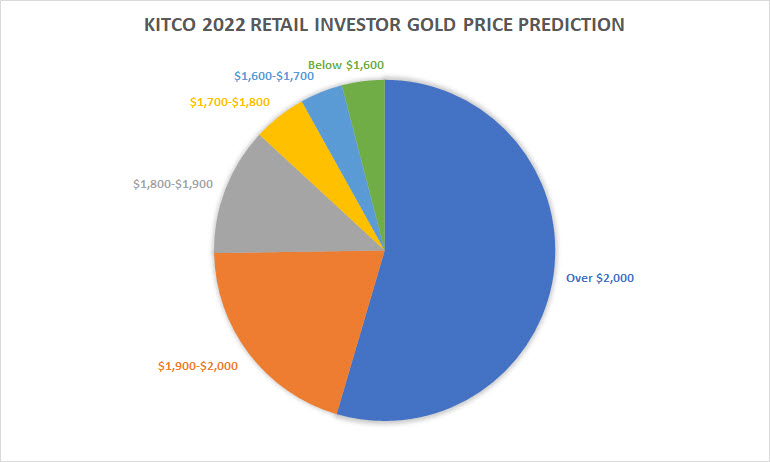 So what does Wall Street think?

Overall, analysts seem uncertain where gold is headed. The only real headwind for gold has already been priced in. This is of course referring to Fed funds rate hikes, which we haven’t even seen yet.

There have been some curious forecasts as of late by big banks, with J.P.Morgan Research saying that gold could fall to $1,500 by the end of 2022. With the clear economic distress going on, we imagine there is no shortage of buyers waiting for such a bargain price.

Generally, Wall Street analysts agree the Fed will remain far behind the inflation curve. Even if the three rate hikes materialize as predicted by the Fed’s so-called “dot plot,” the most important lending benchmark in the U.S. will still be below 1%.

Compare that to a CPI already over 6% officially, and even higher in some regions. This toxic combination will keep real rates deep in negative territory and assure a trading range for gold between $1,800 and $2,000.

Goldman Sachs and Wells Fargo are two banks who predict gold pushing to $2,000 by the end of the year, partly just catching up to other commodities already outperforming.