Home » Blog » The Economic Crash So Far: A Look At The Real Numbers

The Economic Crash So Far: A Look At The Real Numbers 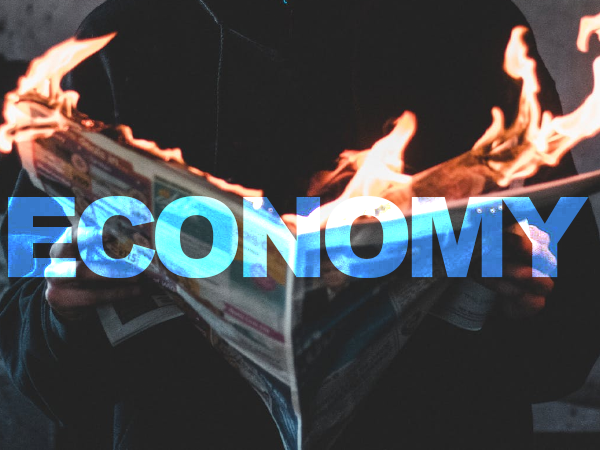 There are many problems when attempting to track a faltering economy. For one, the people in government generally do not want the public to know when the system is in decline because this looks bad for them. They prefer to rig statistical indicators as much as possible and hope that no one notices. When the crash occurs, they then claim that “no one saw it coming” and the disaster “came out of nowhere”, so how could they be to blame?

I have even heard it argued that political leaders, including the president, have a “duty” to lie about the state of the economy because once they admit to the decline they will cause a panic and perpetuate the crisis. This is stupidity. If an economic system is in disrepair and is built on a faulty foundation, then the problems should be identified and fixed immediately. The weak businesses should be culled, not bailed out. The wasteful government spending should be cut, not increased. The downturn should not be hidden and prolonged for years or decades. In most cases, this only makes the inevitable crash far worse and more damaging.

Another factor, which some people might call “conspiracy theory” – but it has been proven time and time again in history – is that the money elites have a tendency to engineer economic disasters while deliberately hiding the real statistics from the public. Why? Well, if the real data was widely disseminated, then a crash would not be much of a surprise and the populace could be prepared for it. I suspect the elites hide the data because they WANT the crash to be a surprise. The bigger the shock, the bigger the psychological effect on the masses. This fear and confusion allows them to make changes in the power structure of a nation or of the entire world that they would not be able to accomplish otherwise.

The most rigged statistics tend to be the least important overall in analysis, but this does not stop the mainstream media and investors from hyper focusing on them. How many times have you told friends and family about the collapse in manufacturing or the explosion in consumer and corporate debt, only to hear them say, “But the stock market is at all-time highs!” Yes, even though stock markets are a meaningless trailing indicator, even though GDP stats are a complete fallacy, and even though jobless numbers do not include tens of millions of people out of work, these are the stats that the average person takes mental note of when consuming their standard 15 minutes of news per day.

While the issue of rigged statistics makes analysis of a crash difficult, a willfully ignorant citizenry makes reporting on the real data almost impossible. It’s sad to say, but a large number of people do not want to hear about negative information. They want to believe that all is well, and will delude themselves with fantasies of blind optimism and endless summers. Like the tale of “The Ant And The Grasshopper”, they are grasshoppers and they see anyone who focuses on the negative as “chicken littles” and “doom mongers”. In their minds they have all the time in the world, until they freeze and starve when winter comes.

When I encounter people who actually believe the manipulated numbers or buy into the stock market farce or simply don’t want to accept that a crash could happen in their lifetime, I always ask them to consider these questions: If the global economy is not on the verge of collapse, then why did central banks keep propping it up for the past ten years? And if central banks have been propping up the system, how much longer do you think they can do this? How much longer do you think they want to do it? What if one day they decide to let the entire house of cards tumble? What if such an event actually benefits them?

We’ve seen that a broken economy can be technically held together for a decade, but under the surface, the structure continues to rot. The bottom line is that even if the elites wanted to keep the system going for another ten years, and even if politicians continued to help them by pumping out false statistics, there is no way to hide the effects of crumbling fundamentals. We saw this during the crash of 2008, and now we’re seeing it again.

After nearly ten years of stimulus inflated the largest financial bubble in history (the Everything Bubble), the Federal Reserve and other central banks halted stimulus measures and tightened global liquidity. By the end of 2018, a new crash began, the implosion of the Everything Bubble had been triggered. All of this is still just an extension of the crash of 2008, which never really subsided; it was only slowed down through tens of trillions of dollars in central bank intervention. Now, the central banks have started an avalanche that cannot be stopped. But the fact of the matter is, they don’t really want to stop it.

Here are the indicators so far that prove a crash is happening in the U.S. while a majority of the public is oblivious:

GDP numbers are completely manipulated. Government spending of taxpayer dollars on a number of inflated programs, including continued spending on Obamacare, is added to GDP calculations. Without this fancy accounting, U.S. GDP growth would actually be negative, according to ShadowStats. But even with the juiced data, official GDP growth is still in decline, falling to 1.9% and well below the 3% growth we were supposed to see this year.

Official unemployment stats remain at all-time lows, which is commonly cited by the mainstream media, Donald Trump (he used to argue the opposite three years ago), and even the Federal Reserve in reference to the health and stability of the economy. What they do not mention much is the 95 million people not in the labor force and not counted because they have been unemployed for so long. When the media does mention this fact, they claim the number is “misleading”, that most of these people are students or retired, that the retirement age is decreasing and Baby Boomers are leaving the workforce sooner, and that the people who don’t have jobs are simply “not interested” in working. None of this is true.

Baby Boomers are not retiring at rates similar to ten years ago, and are in fact attempting to stay in the workforce due to the poor economy. Many of them are trying to come OUT of retirement just to make ends meet.

While there is surely a small percentage of the 95 million people not counted in the labor force that do not want a job, if unemployment stats counted U-6 measurements as they used to, the unemployment rate would be closer to 20%.

Another problem is the quality of jobs being created. U.S. manufacturing jobs, as well as higher wage jobs, are in steep decline. They have been replaced with low paying jobs in the service sector.

Real wages in the U.S. have not kept up with inflation. The average worker is now losing money overall as prices rise beyond the pace of their incomes.

As more and more Millennials say they cannot afford to buy a home, rental prices have skyrocketed in the past several years. The home ownership rate plunged starting in 2006 and has not recovered since.

U.S. manufacturing has fallen to levels not seen since the crash of 2008. U.S. factory orders have slumped in 2019.

U.S. Services PMI continues to falter since spring of this year. Job growth is now slowing and over 8,500 retail stores have been closed down already in 2019. Web-based retail is not picking up the slack, as online sellers like Amazon are suffering from falling profits.

Corporate profits overall have tumbled this year and projected future profits have been drastically adjusted to the downside.

Corporate debt, consumer debt and national debt are all at historic highs. Corporate cash flow is so tight that Federal Reserve repo purchases continue to run into high demand. This debt signal is one we saw in 2007, just before the credit crisis.

U.S. trucking and railroad freight continue to log steep declines in traffic and goods. This tells us what we already know: Even though consumer spending has increased recently, this does not mean people are buying more stuff or have more disposable income. What is really happening is inflation, or stagflation. Cost of living is going up. Debt payments are going up. Consumers are spending more on the same amount of stuff, or less stuff, and have less expendable income. U.S. consumers are being bled dry.

All of these factors and more show an economy in recession or depression (depending on what historic standards you use). In the darker corners of the investment world, the great hope is that the central banks will return to pumping trillions into the banking sector ($16 trillion during the TARP bailout dwarfs the $250 billion the Fed has recently pumped out in their repo markets). They hope that this will free up even more credit. Meaning, they believe only more debt will save the system from suffering.

I say, time is up on the debt party. More stimulus will not stall the crash that is already happening, and the Fed does not appear poised to print anywhere near what it did during the credit crisis, at least not in time to change the trend. The can has been kicked for the last time. The grasshopper mentality will not save people from the clear reality. Only preparation and planning will.