Home » Blog » The Escalating Japan-South Korea Trade War: Are Your Investments At Risk?

The Escalating Japan-South Korea Trade War: Are Your Investments At Risk? 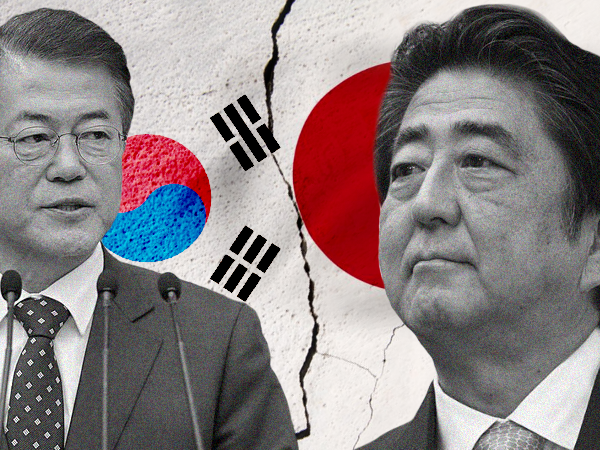 Another trade war is brewing between these two nations, and the results could be dramatic for U.S. investors.

The United States and China are not the only two nations involved in a trade war.

Over the summer, trade relations between Japan and South Korea have dramatically deteriorated to the point that many are calling this a trade “war”, although some experts are describing the developments as a trade “dispute” at this point.

For example, in August Japan removed South Korea from its list of trusted trade partners. One month later, South Korea retaliated by doing the same thing—Tokyo was dropped from Seoul’s own list of preferred partners.

The reasons why this is happening go back 60 to 100 years. If the relationship continues to slide, a collapse in trade relations between South Korea and Japan could bring negative, destabilizing consequences to the U.S. economy.

Let’s begin by looking at the history of the Japan-South Korea conflict for context.

The Origins Behind the Bad Blood

Japan and South Korea have unresolved issues between them that go back to World War II.

According to Korean estimates, during World War II the Imperial Japanese government forced 7.8 million Koreans into forced labor, including military service and sexual slavery. To this day, Korea has not been satisfied with a sense of justice.

In fact, the South Korean Supreme Court recently ordered Mitsubishi Heavy Industries of Japan to pay South Koreans who were forced to work in its factories during the war. And in a previous ruling the top court ordered Japan’s Nippon Steel & Sumitomo Metal to pay $88,700 to four South Korean victims.

The complicated and emotionally volatile history between the two nations goes back even further—Korea was a Japanese colony from 1910 until Japan surrendered in WWII.

Japan has insisted for decades that all the forced labor allegations were settled under agreements that established bilateral diplomatic ties in 1965. Both sides now interpret the treaty somewhat differently when it comes to addressing past Japanese transgressions.

The bad blood can be traced back centuries before the Japanese colonization. In the largest public square in Seoul, you can find a statue of Admiral Yi Sun-sin, an admired Korean general who stopped Japan from invading Korea in 1592. In the process of that invasion, the Japanese burned down the country’s royal palace. A few hundred years later, a Korean queen was murdered by Japanese assassins inside that same royal palace.

Fast forward to today and you find both nations led by nationalists who do not want to be seen as weak when dealing with the other side on trade, or anything else.

As an investor, you probably want to know how the Japan-South Korea relationship could affect your retirement savings, so let’s take a look…

After WWII, the U.S. built an architectural alliance in Asia that included both Japan and South Korea. The stability of this alliance continues to directly affect trade relations.

China looms large geographically in Asia, and one of their own strategic trade partners is North Korea. Liberal South Korean President Moon Jae-in recently called for economic collaboration with North Korea as a means to crush Japan’s economic superiority. Moon has publically called Japan a U.S. ally, not his. Moon has also threatened to withdraw from a military intelligence-sharing pact with Tokyo that is a key component to the U.S. alliance architecture in Asia.

You can see how the escalating trade war between China and the U.S. is inextricably attached to the Seoul-Tokyo-Washington trade alliance. Any changes, however slight, could cause these delicate trading relationships to crumble and when the dust settles, who knows what will remain and what will be lost?

One industry that looks vulnerable right now is the global technology sector.

Last month, Japan announced they were tightening controls over critical chemicals that South Korea needs to make semiconductors. Japan imposed the new regulations to force Japanese companies to obtain a license for each chemical before they can import them to South Korea. This process will take 90 days.

Semiconductors are required in most electronic devices, so Samsung would not be the only one feeling the hit from the Japanese regulations. Not only would the entire economy of South Korea be impacted—Silicon Valley would also take a hit.

The trade war poses a threat to the entire global tech supply chain. For example, two South Korean companies: Samsung and SK Hynix provide 60 percent of the world’s DRAM memory chips, which are in most of the electronics we all use daily. From Apple iPhones to Dell laptops, a shortage of memory chips could apply the brakes to an already slowing global economy.

In today’s interdependent global economy, a trade war in Asia between two nations can bring dramatic economic results to the shores of the U.S. and beyond.

We need to be paying attention to more than just the China-U.S. trade war. Investors must also keep an eye on this developing trade dispute between Japan and South Korea.

The four countries involved share too many connections, and both trade wars could collide to create one big economic downturn.