Escalating Middle East Conflict Might Cause Markets to Tumble

As conflict in the Middle East continues to escalate, what might be the ramifications for the markets and your savings? Read further here. 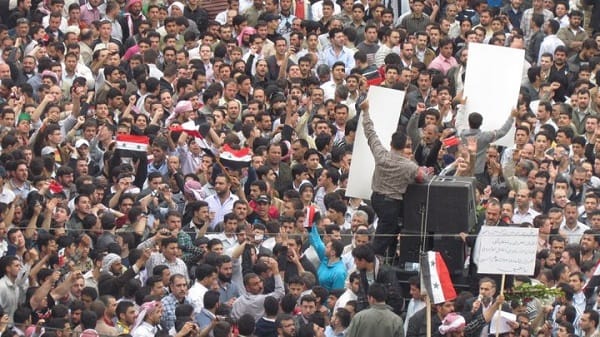 In the last few days, we have watched the Syrian crisis come close to a head as Russia lands an expeditionary force inside the Levant and Iran sends thousands more troops into the theater of war to support the Assad regime.

The agenda of the Russian Federation and Iran seems to be to remove U.S. influence from the region and supplant American power with a new Russian/Iranian axis in the Middle East. This development could lead to massive disruptions in the financial markets, and more specifically, to the price of crude oil.

In the latest incident to scare Western military commanders and media pundits alike, Russian military aircraft twice violated the airspace of Turkey, a North Atlantic Treaty Organization (NATO) member that shares a border with Iraq and Syria. Violating airspace is serious business and NATO believes it was an intentional act meant to test NATO defenses and warn them to stay out of Russia’s business in the region. In addition, Russian military commanders have recently discussed the possible intervention of the Russian navy in the conflict via naval bombardment or blockade of Syria itself.

Iran has long supported the Syrian regime and Hezbollah, its terrorist proxy force in Lebanon. But now, the Shia Islamic regime is sending thousands of soldiers to help its ally Assad maintain power and fight the rebel groups who are seeking to bring Sunni Muslim leadership to what is left of the Syrian people.

In the middle of all of this military activity, you still have the Islamic State fighting Iraqi and Syrian forces for control of an ever expanding geographic area they are calling their Islamic caliphate. Plus, for two years now, the United States has been bombing ISIS positions — although with little success. And there’s also the Israeli forces in the area and the increasing Palestinian violence there.

What does this increasing mayhem mean? With each passing day, a military incident is increasingly likely to occur.

First of all, the price of crude oil would skyrocket. In spite of the fracking revolution in the United States and elsewhere, the world still gets forty percent of its oil from the Middle East, and most of that through the Strait of Hormuz in the Persian Gulf. This surge in oil costs would in turn send the equity markets crashing, as all of the cheap energy that the markets have gotten accustomed to would evaporate. Energy-intensive stocks would be hit the hardest, but make no mistake about it: Significantly higher oil would be a global financial shock. It would also give a lot of money to totalitarian governments.

The prospect of a superpower conflict would cause most traders to sell first and ask questions later. While paper assets could be crushed, physical commodities like precious metals could increase in relative value. If you don’t already own such a hedge to a scenario like this, now may be the time to get started. Give us a call.

Russia has been tripling their gold hoard in just a few short months. Read why here.