The Fed Needs Your Help 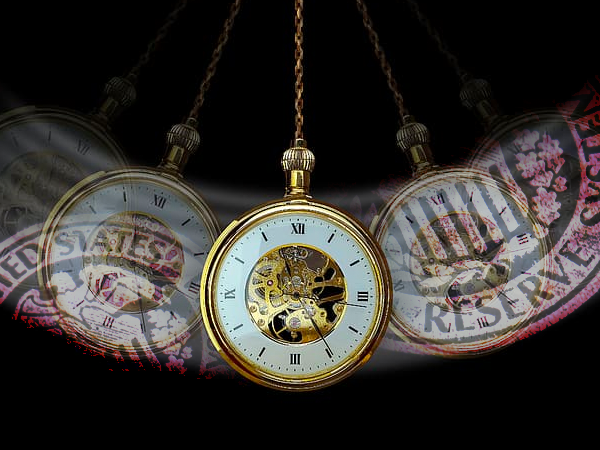 It’s hard work keeping an asset bubble inflated. This is the biggest one in human history. The Fed needs your help. And you’re not doing your part.

For starters, you can’t go hoarding cash every time you get worried. The Fed tried to make this clear by pulling large bills from circulation.

Granted, most of you are cooperative. Branding cash as only something a criminal would need mostly did the trick. The average young person has $10 in their pocket and keeps the rest on plastic. That’s easier to control.

Hoarding cash in a savings account keeps it in the banking system. That used to be good. Now it’s a problem.

Every time there’s a crisis, you can’t go stuffing cash into the bank. That takes it out of the money system. This asset bubble can’t shrink. The walls start shaking. Things fall apart quickly.

According to Bloomberg Professional Terminal, through May this year, there have been 99 major bankruptcies. That’s in line with the average annual level of bankruptcies and we’re only five months into the year. It puts the U.S. system on track to top the number of bankruptcies in 2008.

During the peak of the market fears over the Coronavirus earlier this year, you did the same thing you do during every crisis. You crammed cash into money funds and savings accounts. Sure, you’re worried, that’s understandable. But you can’t stuff $4.75 trillion into money funds. 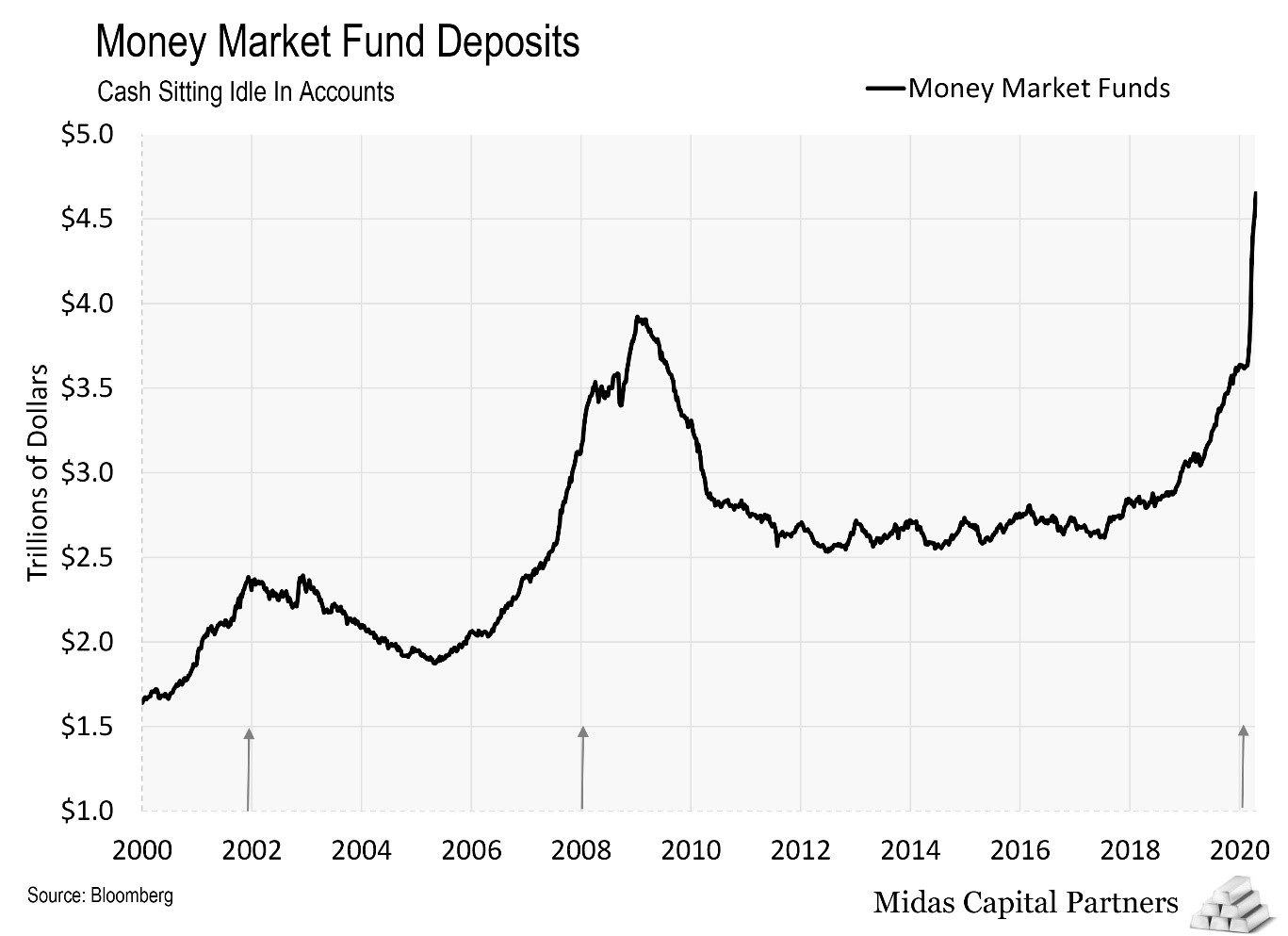 The Investment Company Institute (ICI) estimates that $4.75 trillion sat idle in money funds as of last month. Lowering interest rates to near 0% didn’t get the message across.

You’ll Do the Fed’s Job Next

Think back to 2008. Remember the wall-to-wall coverage of the financial crisis? Every day was a new story of who would fail. Insurance companies, auto manufacturers, companies seemingly unrelated to the source of the crisis all risked failure.

Recall the rumor that Treasury Secretary Hank Paulson dropped to his knees, begging Speaker of the House Nancy Pelosi for a mere $700 billion in relief. We called this the Troubled Asset Relief Program (TARP).

Government money games always use tricky acronyms to disguise their true purpose. A tarp is something useful. It keeps you dry on a camping trip. This TARP was only useful in keeping the debt system afloat.

Compare that measly $700 billion to this year’s virus relief. $2.2 trillion came within weeks. Then it upsized to almost $3 trillion. There were plenty of new acronyms.

PPP, CARES, PPPFL, Main Street Lending Program, there are so many programs now that it’s hard to imagine how the Fed keeps up with them. Since acronyms appeal to the heart, not the head, people forget about them when the crisis passes. These loans tend to pile up into a giant heap. It rarely shrinks. If it does, the system crumbles.

The first time the Fed pumped $1 into the system, it had an amazing effect. The U.S. dollar had a value of one-thirty-fifth of a gold ounce. That meant the dollar was as good as gold.

A few extra dollars into the system boosted GDP. There was a multiplier effect. When GDP slowed, just a few dollars softened the blow.

Then the numbers grew. Once you solve a problem with extra money, you have to do it again. It’s like telling a small lie, or compromising your principles. The first time seems forgettable. Before you know it, you’re spending every waking moment keeping the facade intact. Forget about the structure beneath.

That’s where we are today. $3 trillion gets things back on track. It almost doubles the annual federal budget. It only pushes the problem to the next crisis.

In the end, the system resets. It’s not a final crash that sets things right, it’s a reset. A reset is different. It’s a bank holiday followed by a repricing of assets and liabilities. We’re not there yet. That comes later.

For now, you’re needed to stimulate the economy. The Fed lost that power. $1 of spending barely generates $1 of GDP growth. That just won’t do.

So, you’re needed to pull that cash out of the bank and do something with it.

Why the Fed Needs Negative Rates

Imagine getting this letter from your local banker.

Effectively immediately, the interest rate on all account balances greater than $10,000 will be -1%. We will calculate interest based on your daily balance and assess the interest charge on the last business day of your statement cycle. Any balance under $10,000 will receive our standard 0% interest.

We appreciate your business and loyalty!

What would you do? The Fed already knows what you’d do.

You’d pull out the money and do something with it. That stimulates the economy. Problem solved.

Maybe you’d buy real estate. With values already detached from cash flow, you’ll be chasing a shrinking return hoping to make up the difference in appreciation. That’s a gamble. Real estate also depreciates at a rate of 2-3% per year. Ask anyone who owns some. You need to paint, replace appliances, re-roof and repair something every year. That eats into your return. Now you’re working hard to avoid paying the bank to store your idle cash.

Forget about buying bonds. In the old days, a $1,000 bond yielding 5% paid you $50 in interest. When it comes to U.S. Treasuries, you’ll need to lend the government money for more than ten years just to break 1%. Soon, 1% will seem like high yield.

Interest rates will not rise anytime soon. As long as the debt money system keeps inflating, that is. What the average American doesn’t understand is that flooding the system with money doesn’t raise interest rates, it lowers rates. There’s too much money chasing too few assets.

Negative interest rates are already here. At one point last year, according to Bloomberg Professional Terminal, there were $17 trillion worth of negative-yielding loans outstanding. This year, it’s $11 trillion. There will be more. 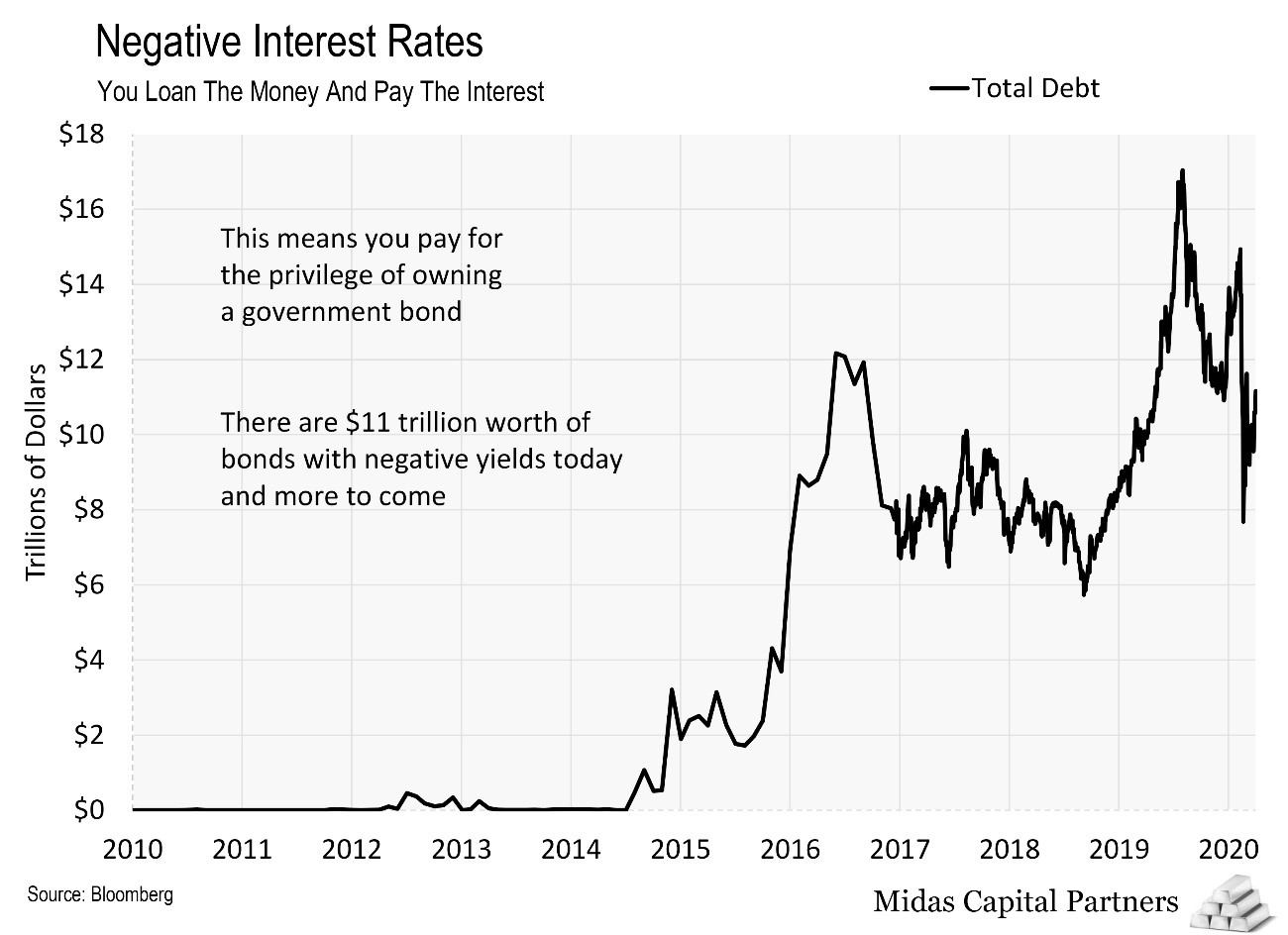 Most of these loans are government liabilities. Some are corporate liabilities. As banks struggle to maintain profitability, rates have nowhere to go but down. If they don’t, banks are insolvent. That can’t happen.

This Is When Gold Shines

Remember that old Warren Buffet quote about gold? He said after digging it out of the earth, you “melt it down, dig another hole, bury it again and pay people to stand around guarding it. It has no utility. Anyone watching from Mars would be scratching their head.”

He was right. The Martians would be confused. Gold takes tremendous effort to produce.

What might confuse the Martians even more is how the Fed’s money machine works. There’s no natural force limiting it. People die discovering, developing, and producing gold. After thousands of years, the total supply is worth only $11 trillion. The Fed can make that in a year or two.

Compare that $11 trillion worth of gold, which took humankind thousands of years to produce, to the total world debt load. At the end of last year, it was $255 trillion, according to the Institute of International Finance. It grew 9% last year. The supply of gold grew around 1.8%.

Halfway through 2020, it’s not unrealistic to think that debt load might be closer to $300 trillion when the Institute runs its next calculation. Meanwhile, according to Gold.org, the gold supply will again grow at 1.8%.

Gold is the only asset I know of that’s not someone else’s liability. Apartments need tenants, office towers need companies, and companies need customers. Gold needs nothing.

At a time when these assets seem on the edge of collapse, it begs the question: Which is crazier? Gold, or a world of negative interest rates? 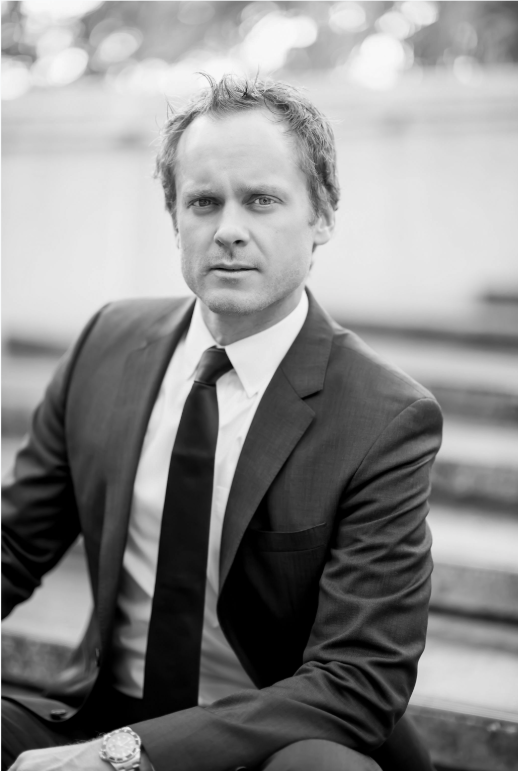