The fed has put the economy in a dangerous position, market bubbles are forming. Is gold a smart option and what will this mean for the future of the yellow metal? Read further here. 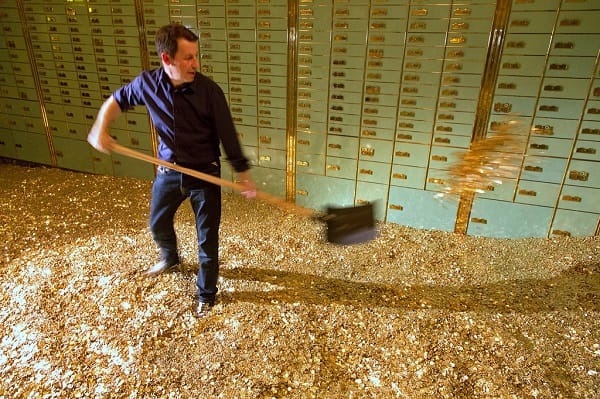 This week, Your News to Know brings you the most interesting news stories about the gold market and the state of the economy. Stories this week include: Reasons to want gold over NASDAQ right now, and 7 outrageous examples of India’s obsession with gold.

Peter Cooper asks: Why would you want to own stocks rather than gold?

The recent optimistic jobs report might have moved the Fed closer to raising interest rates, but Peter Cooper views the current situation as “pure gold” for the precious metals market, rather than a predicament.

On Gold-Eagle, Cooper explains how the decision to raise interest rates will negatively impact all markets and explode the global economy. Right now, we are in a stretched-out bubble: over-borrowing on a global level, and all the major asset classes remain hugely overvalued and heavily dependent on the low interest rates over the last nine years.

“Raise interest rates and you prick that bubble, not just in the US but worldwide,” Cooper warns. Both the International Monetary Fund and the Bank of International Settlement have advised the Fed against an interest rates hike as it will tip many national economies over the edge, but their warnings seem to have fallen on deaf ears.

The case for precious metals is made further when examining the present and future of various economies: the economic slowdown in China and the recession in Russia is hurting German industry, South Korea’s exports fell by 12% and Japan’s are down over 20%. The response of central banks from Europe to Asia has been unilateral: print more money, and worry about the consequences later.

This puts a lot of strain on the U.S. and its dollar as the sole engine for global economic recovery, and yet the greenback is overpriced and will actually prove detrimental to the U.S. economy – more expensive U.S. products mean less exports since other countries can’t afford them. Thus, Cooper finds that the recent jobs report is the climax of a “tepid” seven-year cycle, rather than the start of a new one.

But if the dollar will grow even more overvalued, why not turn to it as a safe haven instead of precious metals once the Fed’s rates hike plunges stocks, bonds and real estate into trouble? To answer this, Cooper draws a lesson from history: “If we look back to the last global financial crisis then it was not the dollar that offered the best performance after the dust had settled in March 2009. Gold and silver shot ahead for the next two years, and that was the best place to have your money.”

Cooper believes that the second round of the current crisis is coming up as soon as December 16th, and will carry with it even bigger unknowns. Stocks and other assets are at their cyclical peaks, and will soon experience a major correction or crash caused by the very same leverage effect that propelled them to high valuations. Meanwhile, gold and silver are settling back to their “launch-pad for a huge rise in prices”, the catalyst of which will be no other than what Cooper calls “the Fed’s horrendous error on interest rates.”

For an example of India’s love for gold, one needs not look past any of the nation’s festivals, weddings or even its dress code. However, Mashable’s Sonam Joshi rounds up 7 of the most lavish examples of why Indians could truly be called “obsessed” with the yellow metal.