The Seven Year Bull Market. Will Its Run Continue?

This week, the American bull market entered its seventh year, and third longest run ever. Can it sustain or will history repeat itself? 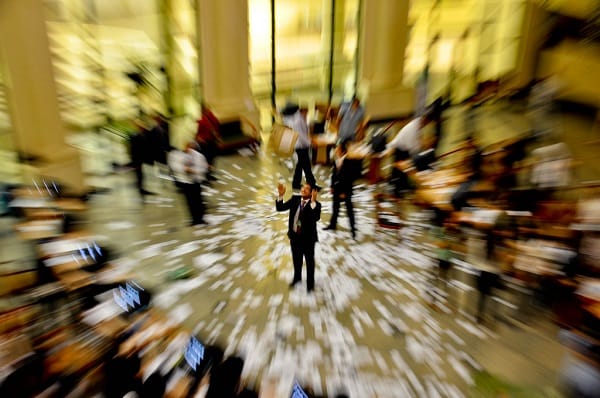 The bull market in stocks has just entered its seventh year this week, the third longest run in history!

The question is, can it run further or is it out of legs?

With cheap money still entering markets and interest rates held under 1%, there is some hope yet for the stock market.

However, equity markets in the U.S. are up almost 200% since the lows in March 2009. This is not typical for a run to go so long without a significant pullback.

In the first week of 2016, it looked as though the stock bubble may have burst, as markets suffered major losses.

However, the markets have since recouped much of those losses, even though there are many hints that stocks face a major bear market ahead.

Many economists argue that the cheap money created by the Fed is largely behind the surge, as it has fueled speculation in the stock market.

Former Dallas Fed President Dick Fisher joined these voices this week saying, “We injected cocaine and heroin into the system” to maintain a wealth effect and “now are maintaining it with Ritalin.”

Please note that this is not some outsider talking about the economy and the central bank. This is a former high-level Fed insider speaking his mind.

Fisher went on to say that the Fed’s policies have failed and has previously stated, “The Fed is a giant weapon that has no ammunition left.”

This is something we have been saying for some time now, that the only thing the Fed knows how to do to try boost the economy is lower interest rates and print money. If it doesn’t work the first time, second time or even third time… they keep doing the same thing each time… only BIGGER. Insane!

This can only continue for so long before the Fed admits that its policies are not providing a long-term solution. If and when this happens, it’s quite logical to think that stocks — the assets that benefited the most from the Federal Reserve’s lax monetary policy — may be hammered the hardest and thus sold off in spectacular fashion.

If the Fed refuses to admit defeat and continues on its merry way, then ultimately the free market will declare victory in its absence by rebalancing the value of these assets through natural price discovery methods.

Either way, history shows us that in the long run, the free market always wins out in the end.

So unless the Fed intervenes with an unexpected rate cut or launches QE4, we can expect stocks to remain under pressure for the remainder of 2016 and beyond.

With so much downside (and little upside) baked into the markets right now, it isn’t surprising to see so many Americans taking some of their gains off the table and moving into asset classes that are considered more of a safe haven, such as physical gold and silver.

In fact gold is up 20% since the beginning of 2016, showing strength just as the stock market begins to crack.

Is it time for you to make the move? The decision is yours, but when you’re ready to start, we will be here to answer any of your questions.

When it comes to the economy, the Fed’s responsibility is to maintain the value of our currency and work at keeping employment at its highest capacity. However, the Fed continues to ignore its congressional mandate. Why is this? Find out here.