Home » Blog » The Three Factors that May Push Gold Even Higher

The Three Factors that May Push Gold Even Higher 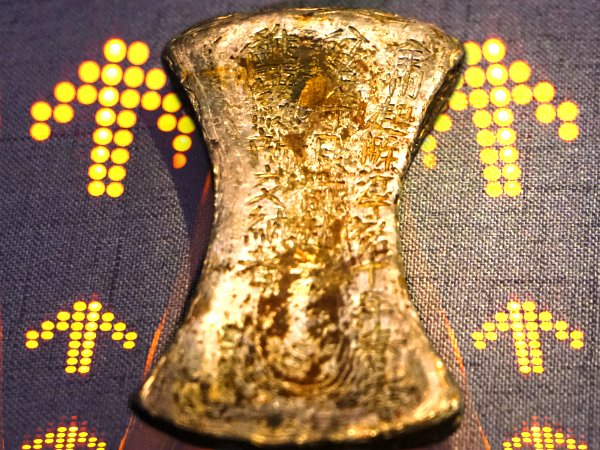 From Birch Gold Group This week, Your News to Know rounds up the latest top stories involving gold and the overall economy. Stories include: 3 reasons why there’s more upside potential for gold, the price of gold is poised for its biggest jump this year, and why one analyst believes that gold could be heading to $2,000.

Although gold has enjoyed its best year since 2013, Forbes contributor Frank Holmes thinks there are plenty more gains to be had in the following months and beyond. Holmes believes gold could round up 2019 with a gain of nearly 30%, something it has not done since 2010, and lists three main reasons why prices have a lot more room to grow. Investors have all but forgotten about inflation as the official rate has remained at roughly the same level over the past few years, despite expectations of otherwise. Yet with new trade tariffs coming into place, things are starting to change. August’s report showed that core consumer prices rose to an 11-year high and at their fastest pace since September 2008, while medical care and health insurance costs have also experienced monumental increases. With potential for a prolonged rise in costs across the board, Holmes expects investors to turn to gold in order to shield their wealth as they have done throughout history when inflation soared. While much has been said about the $17 trillion of negative-yielding global debt, domestic investors have remained somewhat apathetic, as Treasuries remain above board despite recent dismal showings. Holmes predicts another turnaround here, as the Federal Reserve has begun heeding President Trump’s calls to push the benchmark rate to zero or below. In countries where bonds have sunk into negative territory, gold has soared to all-time highs in local currencies, and Holmes sees the same thing happening with the U.S. dollar if the Treasury does indeed follow its European and Asian counterparts. Britain is one such country, as its citizens pushed the metal to an all-time high in sterling terms due to fears over a no-deal Brexit fallout. This ties into concerns over a global growth slowdown and worries over various geopolitical flare-ups, like the riots in Hong Kong and the recent attack on Saudi Arabia’s oil facilities. The increase in risks on the horizon could also push investors to seek safety in bullion, which is something Holmes believes central banks are already doing due to their voracious appetite for physical gold.

In a recent analysis, Money Morning’s Peter Krauth harshly criticized market watchers who interpreted gold’s recent pullbacks as signs that the metal is losing momentum. Instead, Krauth points out that he believes gold is in a relatively young bull market, which started in 2016. While the metal has gained nearly 20% this year, Krauth thinks that the real price jumps are in the months and years ahead, and that investors should make the most of current valuations. After gold reached $1,550, Krauth accurately predicted that the metal’s prices are due for a correction. Despite this, the metal has consistently jumped off the $1,500 resistance level every time prices pulled back. Between the Fed’s rate cuts and global negative-yielding bonds, Krauth sees little in terms of headwinds to stop gold’s ascension, quoting numerous prominent fund managers who have recently urged investors to expand their gold allocation. To Krauth, central bank actions are perhaps the most telling indicator of what’s to come for the metal. In 2018, global central banks bought the most bullion in over 50 years and are looking to buy even more this year. At the same time, Krauth quotes the likes of BlackRock’s chief investment officer Rick Rieder and billionaire investor Ray Dalio, who believe that central banks are going through a process of active currency debasement. Krauth agrees and expects the U.S. dollar to eventually follow the same path as well. In contrast, Krauth thinks that gold is on a long-term upwards trajectory, and that its appeal will grow exponentially as the global markets are placed on ever more shakier grounds.

Analyst: Gold looks unstoppable and could be heading to $2,000

According to analysts at Citigroup, all the factors are in place for gold to continue its exceptional run that started in May, via Barron’s. In their latest note, the bank’s Senior Commodities Strategist Aakash Doshi shared his bullish forecast for gold both in the short- and long-term. Doshi upped his fourth-quarter forecast to $1,575 and his 2020 forecast to $1,675, noting that the metal could begin approaching its all-time highs as early as next year. The strategist cited numerous reasons for his prediction, including lower nominal and real rates, rising global recession risks, escalating geopolitical tensions and overblown equity and credit market valuations. Over the longer term, Doshi is even more optimistic about gold’s prospects. “We now expect spot gold prices to trade stronger for longer, possibly breaching $2,000 an ounce and posting new cyclical highs at some point in the next year or two,” he said. Doshi’s analysis falls in line with recent comments made by Jens Nordvig, the founder and CEO of Exante Data. During an interview, Nordvig also took note of the lack of downwards pressure on gold and pointed out that the bond market is experiencing its own bull run despite negative yields, suggesting massive investor appetite for haven assets that should support gold very well in the near future. Featured, gold as investment, gold price, inflation, us debt