Home » Blog » This Gold Rally Is Different For One Critical Reason

This Gold Rally Is Different For One Critical Reason 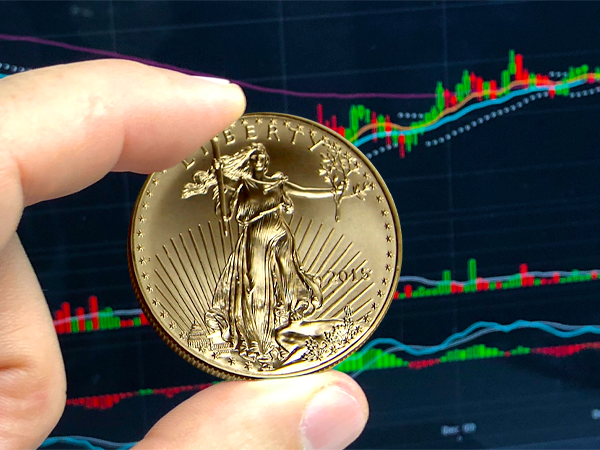 This week, Your News to Know rounds up the latest top stories involving gold and the overall economy. Stories include: Why the gold rally might be different this time, gold could continue to soar  if the Fed keeps cutting rates, and gold and silver prices push higher following weak U.S. jobs data.

Why the gold rally might be different this time

As Forbes contributor Rob Isbitts notes, gold has had two major price breakouts over the past three decades. Each of them was brought about by immense geopolitical and economic turmoil, and Isbitts thinks we are heading for a third instance where investors worldwide flee to safety.

Isbitts believes that this one, however, will be markedly different. In the previous two instances, while the gold market flourished, it also had a safe-haven competitor in the form of government bonds, as the 10-year Treasury’s yields stayed between 4% and 5%.

The current bond landscape looks nothing like that of the previous decades. Multiple government bonds in Europe and Asia have already moved into negative territory, forcing their holders to pay money to the government in older to hold its debt. And while the 10-year Treasury is still holding above ground, it is doing so with a record low yield of around 1.50%.

Recently, the Treasury yield curve inverted after months of warnings by various experts, essentially confirming that the U.S. economy is headed towards a recession. Yet there is more bad news for domestic bonds, as Isbitts is among the many forecasters who see the 10-year Treasury plunging into negative territory as well. When global turmoil once again starts sending investors in search of safety, Isbitts expects the immensely robust gold market to stand out as the sole haven option for investors, bringing prices to levels that even bulls have trouble imagining.

Economist: Gold could continue to soar if the Fed keeps cutting rates

After clearing the key psychological levels of $1,400 and $1,500 in the span of just a few months, one economist at a top bank believes gold is preparing to climb above $1,600. The metal has already gained roughly 20% since the start of the year and has passed six-year highs in doing so.

Harry Tchilinguirian, an economist at BNP Paribas, thinks that all that’s necessary for gold to keep its stupendous momentum is for the Federal Reserve to continue cutting interest rates. After an abrupt shift from hawkish to dovish policy, the Fed made a 25-basis point rate cut in July, and the markets are already pricing in further falls in the benchmark rate. President Trump himself has stated his desire for the Fed board to slice rates by 100 basis points.

The Fed’s turn in policy came as a response to the escalating U.S.-China trade war, which spurred tremendous global uncertainty and reignited fears that various top economies could be heading towards a recession. This has been a major source of gold’s incredible run this summer, as the metal recently pushed above $1,550 before trending lower.

Tchilinguirian notes that gold immediately responded to news of more trade disputes between the U.S. and China last week, stating that demand for the metal is expected to grow across the board as tensions continue. BNP Paribas have upgraded their average gold price forecast for 2020, while Tchilinguirian expects the Fed to make four additional 25-basis point cuts between now and June 2020.

In his latest report, Kitco’s senior technical analyst Jim Wyckoff went over some of the factors that boosted gold’s price in the past week. A key driver has been the disappointing jobs data released on Friday, which showed that the key non-farm payrolls component rose by only 130,000 in August. This was a significant downgrade compared to market expectations, which forecasted a rise of 150,000.

According to Wyckoff, the let-down falls in line with the general dovish attitude towards and among the Fed, as some are expecting multiple interest rate cuts in the coming months. As Wyckoff notes, the next rate cut could happen in less than two weeks when the FOMC meets.

Wyckoff also points to ongoing unrest in Hong Kong and the potential for a hard Brexit, the latter being a major source of turmoil in the European markets, as additional tailwinds for gold prices.

Perhaps the most critical piece of price action in the precious metals market happened on Wednesday, when silver closed above $19. While gold’s close of $1,552 on the same day was also impressive, silver’s movement suggests that the metal is finally breaking out of a prolonged period of static prices. Silver’s move lower was also considerably smaller than gold’s, as the metal remained above $18 after Friday’s trading session closed. Wyckoff named $1,600 and $20 as the next key resistance levels for gold and silver, respectively, noting that a “buy the dip” mentality has been very prominent in both markets.