This Could Decimate Your Retirement Savings During the Next Recession 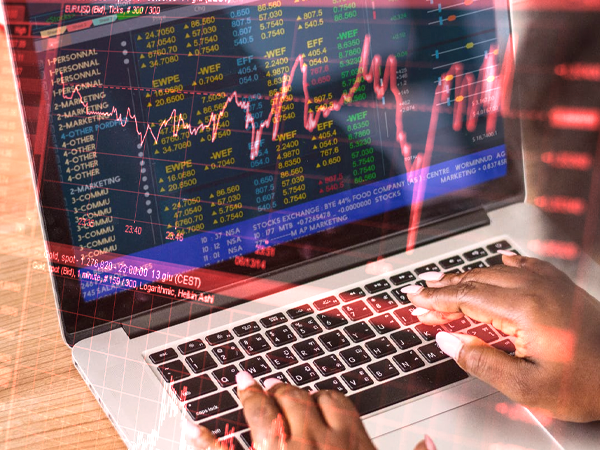 The economy operates in cycles. Booms and busts, bubbles and recessions, ups and downs.

Following this pattern of cycles means there is always some level of risk when investing in that economy through stocks, bonds, options, etc.

Your retirement security depends on a lot of factors, but your exposure to risk is what could be the difference between sipping a Mai-Tai on the beach or outright panic.

If your portfolio is over-exposed to riskier investments like stocks, a recession would act as a multiplier of that risk. According to a piece at CNBC, Megan Murphy thinks half of baby boomers are in this “higher risk” category:

Roughly half of baby boomers have their 401(k) plans invested in riskier allocations than Fidelity suggests for their age group, Murphy said. (Fidelity recommends having around 54 percent in stocks and the rest in bonds, money market funds or certificates of deposit.)

Eight percent of baby boomers have their entire 401(k) holdings in equities.

According to the same article, this risk extends beyond the standard “workplace” 401k plan. It also extends to IRA allocations (emphasis ours):

In 2015 nearly 30 percent of individual retirement accounts were more than 90 percent invested in equities — what the Employee Benefit Research Institute diagnoses as an “extreme allocation.”

Roth IRA accounts among people 65 to 84 were more than 63 percent invested in equities, according to the Institute.

You don’t need a PhD in economics to see that having 90% of your IRA exposed to high risk investments means you only have 10% elsewhere. If a recession hits, and 90% of your investments were to suffer, your retirement could be in serious jeopardy.

According to a recent EBRI study, four out of 10 “head of households” between the ages of 35 and 64 are already projected to run out of money in retirement.

If some of those have “extreme allocation” IRAs, the result could be dire during a recession. And that recession may be closer than you think.

The Retirement “Curveball” May Already Be On the Way

As the Dow opened on Wednesday, it fell by over 200 points. According to Fred Imbert at CNBC, the yield curve continues to haunt economic growth:

The benchmark 10-year rate traded at 2.359 percent and hit its lowest level since late 2017. Investors are keeping an eye on rates after the 10-year fell below the 3-month rate last week for the first time since 2007. It is a development that investors call an inverted yield curve and is seen as an early indicator of a recession.

The U.S. Treasury yield curve inverted prior to each major recession over the last 50 years. It is currently flattening, at only 17 basis points away from inverting again.

The recent performance of this signal is shown in the chart below:

You can see that in 2019, the curve is poised to invert again. That has stoked fears economic growth may be slowing down.

As a result, the Dow is dropping, and who knows how low it will go. Tom Essaye keyed in on the large caution sign in another CNBC piece:

We need global growth to stabilize to help propel stocks higher from here… The currency and bond markets continue to flash large and bright ‘caution’ signs on this market, and until bond markets start ‘acting’ better, I think it’ll be hard for stocks to sustainably rally.

Caution, preparation, and diversification may be a good prescription to consider for your own retirement portfolio, especially if it’s primarily exposed to high-risk assets.

How “Risky” Is Your Retirement Plan?

Too many people hold primarily paper-backed assets like stocks, bonds, and mutual funds. In today’s economy they can fluctuate wildly with each crisis.

Instead of having your retirement exposed, consider diversifying your portfolio into different asset classes with different risk levels. Having a diversified portfolio with assets such as precious metals could help protect your wealth during volatile and uncertain times.