Home » Blog » This Conventional Wisdom Is Toxic Today – Here’s Why

This Conventional Wisdom Is Toxic Today – Here’s Why 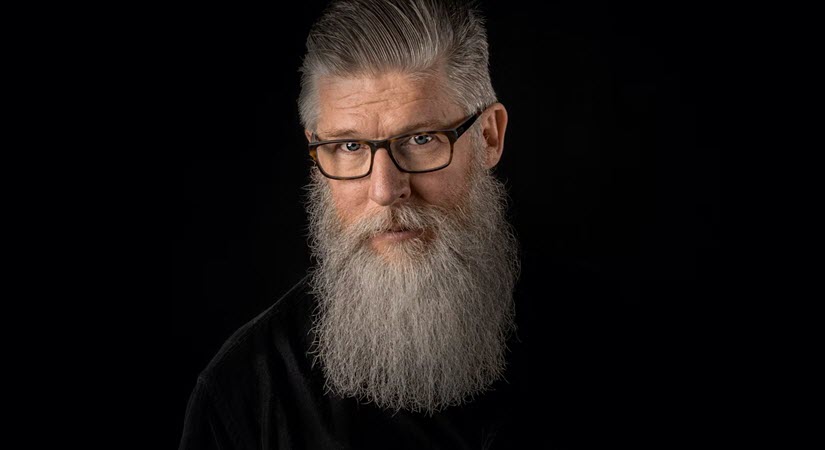 When the stock market is tanking (like it is now), the “traditional” advice is to move some of your savings into bonds (like Series I savings bonds, for example).

That’s because bonds are generally considered a conservative investment vehicle. Corporate bond-holders get paid before shareholders, and even in the worst-case scenario of a bankruptcy, bond owners are likely to recoup some of their investment, while shareholders are usually wiped out. Government bonds, well, they’re backed by the “full faith and credit” of an entire nation! Government defaults on bond payments are so unusual they immediately become front-page news worldwide. In his masterwork The Intelligent Investor, Benjamin Graham famously recommended the following allocation to savers:

Well, if you followed Graham’s advice, right now you might not be feeling very good about it…

Because the bond market isn’t doing well either, as Verdad Research explained in a recent newsletter:

The U.S. stock market fell in the first quarter of this year, but the U.S. bond market fell further. This is unusual: when the stock market is down, the bond market has only been down more than stocks in 4% of months, most of which were in the 1970s. The Wall Street Journal is calling it “the worst bond market since 1842,” noting that bonds have lost 10% this year, with long-term Treasurys down 18% on the year through April 30. [emphasis added]

This means that 96% of the time, Graham’s for allocating savings to bonds probably would’ve worked. But as Verdad’s analysts explained, this time is different. We’re participating in the incredibly rare 4% of times when this nearly-always-works strategy fails.

So what’s going on?

Why are “conservative” bonds underperforming?

Why is this time different? Well, the analysts at Verdad have a theory:

The cause of this simultaneous sell-off [in both stocks and bonds] is the Federal Reserve reacting too late to a sharp increase in inflation. The Fed believed inflation would be transitory…

We’ve covered Powell’s continued insistence throughout 2021 that surging inflation was “transitory,” a “blip,” caused by supply chain snarls. He assured us repeatedly that this was not a long-term trend that could present a problem, but that it would go away all by itself.

More recently, the Biden administration tried to shift the blame onto Russia’s invasion of Ukraine.

Regardless of who we point the finger at, inflation is clearly presenting more of a problem than Powell’s Fed thought it would. So much so that it’s become a political issue and the Fed has committed to finally, gradually, raising interest rates above zero.

That’s a problem for bonds!

They go on to explain why:

Let’s say you bought a $1,000 bond with a 10-year maturity and a 6 percent coupon rate at face value. Now let’s jump forward. If one year later, interest rates have gone up and a comparable bond is issued with a 7 percent coupon rate, suddenly the bond you are holding looks less appealing to potential purchasers. If you wanted to sell your bond before it matures, you’d likely have to sell at a price below face value, because investors now expect to be making 7 percent. [emphasis added]

So every time interest rates go up, every previously-issued bond is suddenly less competitive, so they sell at a lower price.

However, newly-issued bonds are now paying higher rates. That makes them more attractive to investors, as Kimberly Amadeo explains:

Bonds compete with stocks for investors’ dollars because bonds are often considered safer than stocks.

Like we explained previously, bonds are considered safer than stocks, even when bonds are falling.

That doesn’t make sense at first glance, does it? But then we need to consider that stocks are falling too. According to the latest Shiller P/E chart, the stock market still has 44% to fall before it’s fairly valued (based on the average historical CAPE, 16.94).

Admittedly, there’s always the possibility that some fundamental shift in economics and finance permanently changed over a century of historical precedent, and somehow we’ll never see stocks return to their historical average valuation. After all, past performance is no indication of future results. I wouldn’t bet on it.

Possibly the most surprising thing is, it’s all going according to plan…

The good news is, the Fed’s attempts to deflate the “Everything Bubble” seem to be working. But because this scenario is the much-rarer type where bonds are falling alongside stocks, well, that also means bonds could keep dropping after every monthly Fed rate hike. Analysts expect five more rate hikes this year, ending at 3%.

Although, like we explained in last week’s article, the “Taylor Gap” says the Fed should jack rates up to 11.65%. Just imagine what that would do to the bond market.

Remember, it only took a single half-percentage-point rate hike to send the markets into a nosedive. Five more interest rate bumps do not sound like good news for stocks, but it’s way better for stocks than the possibility the Fed will return to the Taylor Rule and an 11% interest rate!

The paradox is this: Until the Fed return to a reality-based interest rate (something like the 11% discussed above), bonds probably aren’t a good safe haven. They’ve not only been falling in value, but most bonds are still paying less than the rate of inflation – a guaranteed loss either way.

Cash only loses one way, considering the best savings accounts are offering rates of about 1% (or -7.3% after inflation yields). Is there a better alternative than watching your savings wiped out quickly in a market rout, or slowly corroded away by inflation?

Suggestions for your financial emergency kit

On the rare occasion when markets are behaving like this, it’s a good idea to learn about the various types of inflation-resistant investments. Though while you’re going beyond conventional wisdom, you may need to go beyond conventional asset classes, too.

A good way to think about these is to ask yourself: What rises when everything else is falling? (Or, possibly, What’s the safest of safe havens?)

Fortunately, the analysts at Verdad were asking the same question – and they came to an obvious conclusion: 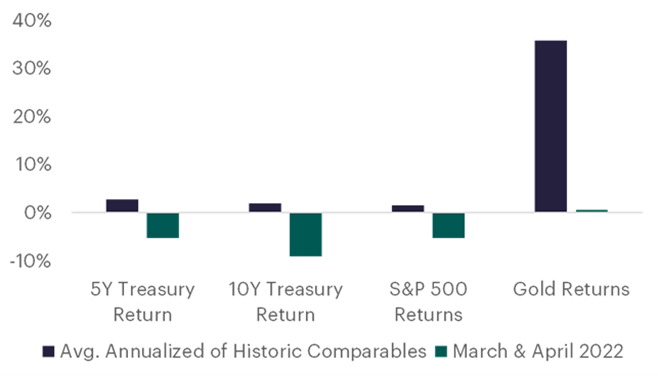 Verdad’s research reveals a way out of this particular market conundrum:

Beyond altering Treasury duration, investors could substitute gold for their credit exposure. Gold already performs well when spreads are rising: three-month forward returns to gold are ~1% higher when high-yield spreads are rising than when they are falling. [emphasis added]

If you’re concerned by stocks crashing, bonds falling and negative-yield savings accounts, it’s probably worth your time to learn more about adding physical gold to your retirement savings. There’s a special kind of IRA that lets you diversify with physical precious metals (as well as other inflation resistant investments) – learn more here.