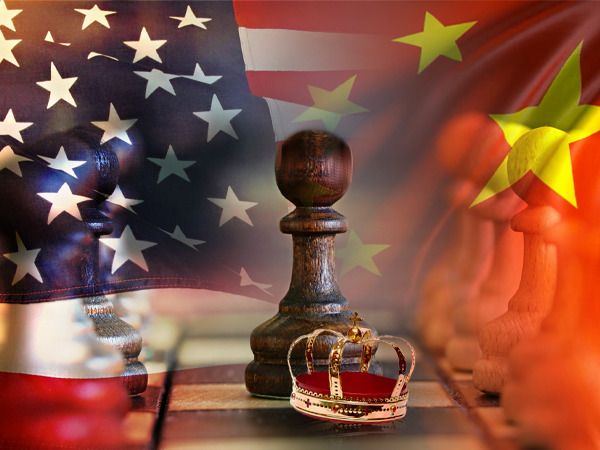 Trade wars are like a cutthroat game of chess. With each move, trade tensions build even further. But the “winner” is usually no one.

The U.S.-China trade war started reaching the boiling point last year, with “tit for tat” exchanges between the two countries adding tension to an already uncertain economic outlook in both countries.

But now it appears the trade war is reaching a fever pitch, and it’s expanding to include areas with much smaller economies like Venezuela and Africa. According to Forbes (emphasis ours):

The next US-China trade war won’t be fought in Washington or Beijing over trade frictions. It will be fought in Venezuela and Africa, where China has been an active investor, antagonizing the US.

The short version: A “contagion” could be created as a result of new trade sanctions placed on Venezuela, a country already teetering on collapse.

If Maduro’s government can’t repay its debt to China, then potential political regime change could shift to a “pro-American” government. According to the same Forbes piece, that may put Venezuela one step closer to stopping payment to China.

Then a “contagion” may develop that could “infect” emerging markets like Africa:

Worse, the collapse of Maduro’s regime could create a contagion that leads to the collapse of authoritarian regimes in other parts of the emerging market world. Like Africa, where China has been expending credit to unpopular regimes, and drawing strong criticism from the US.

So it’s possible the U.S.-China trade war could spread indirectly into smaller economies. This would create even more tension, potentially causing investors to panic.

And the seeds of that “panic” may already be bearing fruit. According to CNN Business, both China and global economic growth are slowing. Plus, the IMF issued a warning about the global economy being pushed “closer to the edge”:

… the International Monetary Fund has warned that it will get worse if countries keep fighting over trade. Economists at Berenberg, a private bank in Germany, said last month that the risk of recession in the developed world is “more acute than it has been since the end of the euro crisis.

And that’s at the global level. In just the U.S., the pressure to resolve trade war tensions with China is mounting.

The market is sensitive to each comment POTUS makes about the U.S.-China trade war. Just this week, the S&P rebounded slightly on his announcement of “more time to find a way to avoid raising tariffs.”

But it’s important to keep in mind that, if both sides don’t reach an agreement, it could be “catastrophic” to the global stock market, according to a CNBC article. Added tension like that could send shockwaves through national markets like the U.S.

A Chinese state-run online newspaper said the U.S. would be “most pressured” to avoid any more trade war tension. But no one knows for sure what will happen.

To add to the uncertainty, opinions range widely on what will happen next.

Martin Feldstein wrote, “There is no trade war.” Mike Murphy reports a deal being “outlined” that may end it. And Naeem Aslam from Forbes wrote, it’s a “ticking time bomb.”

On top of that, American companies like Caterpillar are already suffering according to Aslam’s piece (emphasis ours):

The company’s stock slumped after missing earnings as China demand waned. Caterpillar’s earnings are considered an economic bellwether. Its earnings missed estimates by 15 percent, the most since the fourth quarter of 2009, and this makes investors uncomfortable about the ongoing cold war between the two countries.

If an “economic bellwether” is missing estimates like that, the outlook can’t be too good.

And if the markets continue to be sensitive to comments made by POTUS, then economic uncertainty will only grow stronger.

While China, Venezuela, and Africa hash out the trade war with the U.S. on the global stage, the national stock market is on “pins and needles” awaiting the next trade decision from POTUS.

The chess game of protectionist trade policies appear to be backfiring, but you don’t have to let your portfolio suffer as collateral damage.

Take action to secure your financial future. Diversify your portfolio with assets such as gold and silver that protect against uncertainty. Don’t put the fate of your retirement in a sensitive market when you can put it in your own hands.