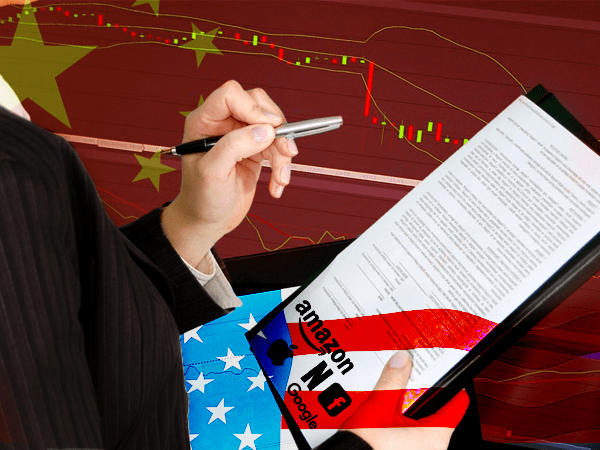 September is known to be a rough month for the market. But in 2018, it could evolve into what may become known as the “Year the Trade Wars Exploded.”

That new concern is coming in the form of increased volatility according to a recent Forbes report (emphasis ours):

In fact, volatility swung higher to start the new month, with the Cboe Volatility Index jumping 3% to slightly above 13. To put things in perspective, that’s still below the long-term average for VIX, but it does seem odd to have the VIX well above year-ago levels near 10 even as the major indices trade near all-time highs.

The Forbes report also highlighted a 1.5% drop in emerging market stocks. The recent currency and trade problems in Turkey aren’t helping that situation.

The DJIA also appears to be struggling after last week’s announcement by POTUS, dipping 1% since, and failing to recover all week.

The global trade war that has been brewing since 2015 entered a dangerous new phase in China, and it’s far from over.

And it’s China that may add a new wrinkle to the trade war picture. One reason being they have a “nuclear option” in the form of controlling rare earths.

This “nuclear option” could work in tandem with these new tariffs to cause big trouble.

China Trade War Tensions May Take a Bite Out of Apple

The resulting “shockwave” from these new Chinese tariffs could even affect the global FAANG companies, starting with Apple.

Apple took one of the largest hits in the market when China’s markets wobbled in 2015 into 2016, with shares losing a quarter of their value as uncertainty about Chinese consumption curbed Asian demand for iPhones.

Since Apple produces other hardware products like iPhones, further damage to their share price may be expected should China use its “ace in the hole.”

And it’s not just Apple – other companies in the group also rely on these gadgets and other hardware to operate. For example, Amazon provides cloud computing services.

So if repair and replacement costs for computer hardware started rising dramatically, the ripple effect could seriously dampen profitability at Amazon and even the rest of the FAANG group.

Not to mention indirect effects that are already occurring, report sellers on Amazon forums. The impact is weighing on seller profits in the form of returned product due to trouble in customs, likely caused by these new tariffs.

These impacts may escalate even further if China gets fed up with U.S. protectionism. That could affect share prices, and increase market concerns.

To top it all off, according to CNBC, four out of the five FAANG company stocks were down last week, partly because of these new tensions.

So September is already off to a rough start, which is par for the course. But these new trade war developments aren’t helping.

Protectionist monetary policies like trade tariffs are more of a “band aid” than a long-term solution for trade deficit and other economic woes.

They usually end up harming consumers in the form of higher prices and production shortages. As the economy shrinks, and workers get pulled from other sectors, monetary policies like these can backfire.

Then, corporations can end up in a situation where they have to take a hard look at their bottom line. It’s a sure bet they will err on the side of profit, and not the consumer.

So don’t let volatile protectionist policy “backfire” on your portfolio. Consider adding some stability in the form of physical precious metals while there is still time.