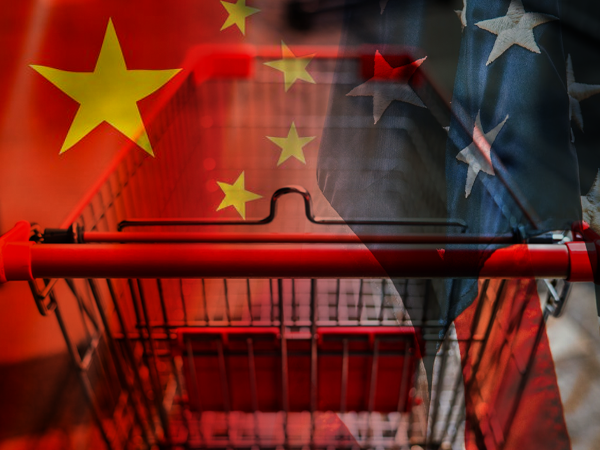 U.S. consumers and retailers may not escape the next round of tariffs set to roll out on September 1. Turns out, they won’t be delayed until December as originally stated.

The new tariffs will be raised to 15% from 10% in response to China’s additional tariffs on $75 billion of American goods.

According to a Newsmax piece, POTUS said that “the $250 billion of goods and products already being taxed at 25% will see that rate hiked to 30% starting on Oct. 1.”

The NRF continued by voicing their concern over the impact of the trade war:

Tariffs are taxes on Americans. Every single second the trade war drags on costs Americans $810. Tariffs are not collected from other countries. Tariffs don’t enrich our country. They do the exact opposite: tariffs take money out of the pockets of the hard-working Americans who fuel our economy.

As the trade war continues to escalate, more and more consumer items are added to the list of items to be taxed, hurting primarily U.S. consumers and retailers.

Rick Helfenbein, president and chief executive officer of the American Apparel & Footwear Association warned in a statement reported on Newsmax:

Two and a half years we have been promised a new and innovative approach, yet what we’ve been given is a 1930s trade strategy that will be a disaster for American consumers, American businesses and the American economy…

Before the rush to raise tariffs this coming month instead of December, there was already some deep concerns brewing on CNN. It came with a warning about the potential for weak December sales:

‘Retailers are doing all they can to absorb these costs but many work on razor thin profit margins. A 10% tariff on goods like apparel will only add on to the cost that consumers pay,’ Quach said.

Savvy consumers may need to act soon in order to avoid higher prices, according to Arone. That could mean that there’s a rush to shop between now and just after Black Friday. But December retail sales could be weak.

Consumer spending can only keep an economy afloat for so long in markets where prices are on the rise. These new tariffs could “sink” that economic floating device.

In a recent article, the Houston Chronicle referred to the trade wars in a very Humpty Dumpty way as a situation with dire consequences:

All the Federal Reserve’s horses and all the president’s men may not be able to put this economy together again.

The piece also claimed the trade war “is a suicide vest threatening the global economy,”  strongly referring to the tariffs as “coercion in the globalized 21st century.”

But strong declarations aside, the same piece addressed something crucial we should keep in mind: The Fed may not be able to rescue the economy if it goes into recession.

Powell acknowledged that central bankers can only do so much. There are ‘no recent precedents to guide any policy response to the current situation’…

Rate cuts can only inspire so much borrowing and investment before the debt must be paid. It may make market wonders “what’s next?” According to the Houston Chronicle, they don’t know:

A note at Fox Business called investors “cautious” in reference to global markets, and couldn’t find the source for Thursday’s market “optimism” that China would be delaying more retaliation:

Investors are cautious due to uncertainty surrounding the trade war between the U.S. and China.

Stocks got a boost early Monday after President Trump said his negotiators had received encouraging calls from China on Sunday, though China’s foreign ministry denied knowledge of any such calls.

Make Your Retirement Resilient to the Trade War

As the trade wars enter this new phase, keep in mind it didn’t start yesterday. It’s been brewing since 2015. However, it may have finally reached its boiling point.

As international corporations end up in a situation where they have to examine their bottom line, it’s likely they’ll protect their profits, not the consumer. That could mean much higher prices during the holiday shopping season. Will consumers be able to keep up with price increases as the trade war continues? If not, it could put the economy at risk, as well as American’s retirement accounts.

Diversifying with assets such as physical gold and silver can preserve your purchasing power and act as protection during times of uncertainty caused by trade wars.