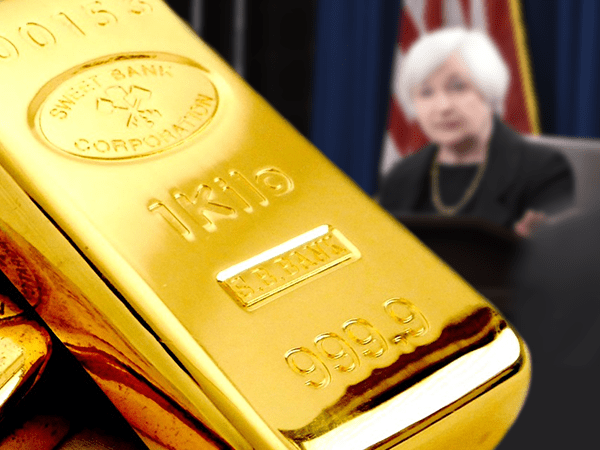 This week, Your News to Know brings you the top stories involving the gold market and the overall economy. Stories include: The case for gold in spite of hawkish Fed, when gold could break above $1,300, and India’s policy revamp for its $19 billion gold sector.

Gold might have settled lower after a volatile week, but some traders – such as TJM Institutional Services’ Jim Iuorio and Path Trading Partners’ Bob Iaccino – still see a major upside in the metal.

According to Iuorio, as long as the metal stays above $1,230, he will remain bullish, in part due to weak economic data which is expected to push the dollar lower.

“I’m a longer-term bull in gold and if you look at the long-term chart the trend is still higher,” Iuorio told CNBC.

Meanwhile, Iaccino is focusing on the upcoming gold tax reform in India, which could serve as the catalyst for increased gold demand. The Chicago-based trader told CNBC that the introduction of the tax could drive jewelers and retail investors to buy gold, driving prices higher.

Gold might have stopped just shy of $1,300, but it still has a good chance of passing that level in the next 12 months due to geopolitical risks. In a recent note, ANZ’s senior commodity strategist Daniel Hynes stated that he doesn’t see gold going much lower despite the threat of higher U.S. interest rates.

Hynes believes that geopolitical risks, particularly those in the U.S., should keep gold afloat regardless of the Fed’s course of action. The analyst doesn’t see proposed rate hikes as a threat to the metal, explaining how the environment supports higher gold prices. Reminding investors that gold has pushed higher in nearly every hike cycle since the 1970s, Hynes added that a scenario where rates rise slowly would be especially beneficial for it.

“Even without the support of safe-haven buying, we anticipate a strong environment over the next 12 months,” Hynes said in the note, citing improving physical demand in India and China as yet another tailwind for gold. Both countries are experiencing regulatory changes that have allowed gold demand in each to rebound sharply from a low base in recent months.

Should the volatile political situation in the U.S. worsen this year, Hynes sees gold breaking through $1,300. Over the long term, his firm predicts the metal will reach $2,000 an ounce, driven in large part by the combined effect of greater demand from investors and central banks.

Bloomberg’s inside sources recently revealed that India is working on new policies to clean up and expand its massive gold jewelry industry, estimated to be worth $19 billion.

The sources, who asked to remain anonymous, said that the plans are a joint effort by the finance and commerce ministries along with industry groups and are expected to be finalized by the end of March 2018.

Numerous things are being considered, including the launch of a spot bullion exchange that would improve transparency and help enforce purity standards. Along with a proposed reduction of the 10% import tax, these measures should eliminate the rampant smuggling of gold in the country. One insider says that a dedicated bank for the jewelry industry is also part of the overhaul.

The measures should improve consumer confidence and increase trust in a nation where purchasing gold is part of its culture. Indian gold demand is recovering after slumping to a seven-year low amid political and environmental issues, with an estimated consumption of 650 to 750 tons this year. The World Gold Council expects the country’s demand to rise to between 850 and 950 tons, aided by efforts to increase transparency.

“The gold supply chain should become more transparent and efficient, and the tax reform could boost economic growth, which we see as supporting gold demand,” said the WGC, listing the lower-than-expected revamped gold tax as a supportive factor.

Bloomberg’s inside information also points to a continuation of the government’s plan to return an estimated 20,000 tons of idle gold held in households and institutions to the financial system. The scheme, which saw a slow start due to a lack of incentive, is meant to reduce the nation’s reliance on imports. Furthermore, sources say that the government is trying to ensure that each of the country’s refineries operates under international standards of purity, as only 10 of India’s 30-some refineries are certified by the Bureau of Indian Standards.