Home » Blog » Transitory Inflation Takes Hold of the Economy – How Long Will It Last?

Transitory Inflation Takes Hold of the Economy – How Long Will It Last? 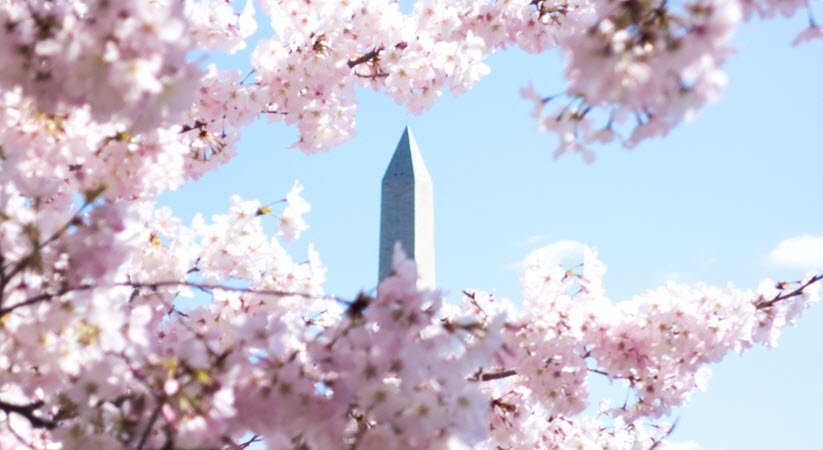 Cherry blossoms symbolize the fleeting nature of all things. Photo by Haoshuang Lou

Just a couple of weeks ago, Bloomberg reported that Federal Reserve Chairman Jerome Powell sold investors on the idea that rising inflation wasn’t going to last. Officially, as of May 2021, inflation had risen 5%, the highest since August 2008.

Here’s how we know investors bought it: while the CPI is running at 5%, the yield on the 10-year Treasury languishes around 1.5%. For comparison, back in 2008, the 10-year Treasury yield stayed above 3.5% from January through November (and even broke 4% on a few occasions).

Maybe you remember the specific term Powell used to describe a temporary period of excessive inflation?

Whew, that’s a relief! At least we won’t have to tolerate this way-over-target inflation situation forever.

Today’s inflation: how high is too high?

We know that real-world inflation is somewhere between 9-12%, depending on which Federal Reserve methodology is used to calculate it. Either way, it’s quite high.

That’s right, we can get a closer look at the realities of inflation using methods developed and employed by the Federal Reserve itself.

In the 1980s, the Fed was aware that Americans spent money to maintain their standard of living (in other words, your level of income, comforts and services like healthcare you purchase). Official inflation calculations took this into account.

Using the 1980s formula, you can see how today’s Fed “official inflation” stacks up on the chart below: 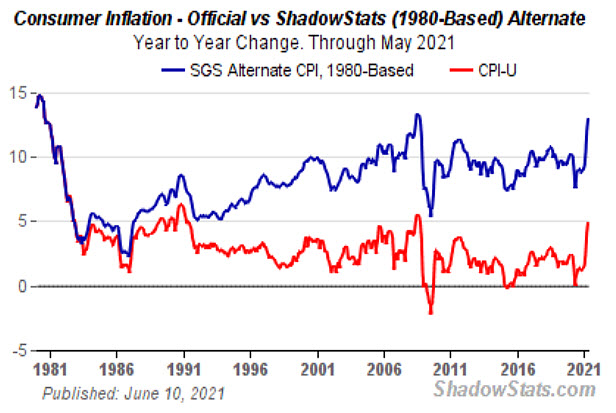 But we don’t need to worry, right? Because it’s just a “transitory” period of absurdly high inflation. Right?

How long is transitory?

A period of high inflation in the United States may last longer than anticipated, prompting one to pull forward his views on when the central bank should start raising interest rates. [emphasis added]

Atlanta Fed President Raphael Bostic and Fed Governor Michelle Bowman are the officials who spoke out. Bostic told an interviewer, “Temporary is going to be a little longer than we expected initially.”

Bowman said, during a Cleveland Federal Reserve bank conference, that inflation will ease as supply chains unclog themselves and pandemic-deprived Americans wind down their shopping sprees. But she refused to specify a time frame, instead saying, “it could take some time.”

So much for the idea Powell sold investors on just two weeks ago.

Just one day later, in a hearing before a U.S. House of Representatives panel, Chairman Powell got pretty blunt:

We will not raise interest rates pre-emptively because we fear the possible onset of inflation. We will wait for evidence of actual inflation or other imbalances.

This is a little confusing.

Why is Powell insisting on this point? We’re already seeing “evidence of actual inflation.” Maybe what he means is, “We’re going to wait and see whether this transitory inflation looks to hang around for a long time before we act.”

If that’s in fact the case, that’s a real concern. We’ve already spoken about the damage even transitory inflation does to your savings.

Ultimately, the question may come down to something as simple as the word “transitory.” We wanted to make sure we understood it, so we looked it up:

Well, that certainly casts a different light on things.

Originally, Powell said the inflation spike was transitory, meaning not forever. Not a “new normal.”

Then Bostic and Bowman warned us that “transitory” might be a little longer than we thought. Which is technically true. Anything other than permanent meets the definition of “transitory.”

Finally, Powell comes back and says they’re only going to raise rates based on “evidence of actual inflation.” That’s the weakest point in this story. Doesn’t Powell read the Bureau of Labor Statistics CPI releases?

If 5% CPI (as reported by the modern, watered-down method) doesn’t meet Powell’s definition of “evidence of actual inflation,” what will?

It seems like we’re going to find out the hard way.

Inflation may be transitory, but your savings don’t have to be

In the context of hyperinflation, Jim Rickards once wrote:

You can’t wait until serious inflation arrives. By then it’ll be too late. Make sure you have your gold and other hard assets beforehand. There’s no time like the present.

In other words, start dodging the bullet before the trigger’s pulled.

Take a look at your savings and consider how your investments hold up during periods of high inflation. Consider whether diversifying a portion of your savings into hard assets like physical precious metals can help meet your needs. Both gold and silver can strengthen your savings against inflation regardless of the method used to calculate it. Central banks have already been stocking up, so consider whether it’s smart to follow their lead.