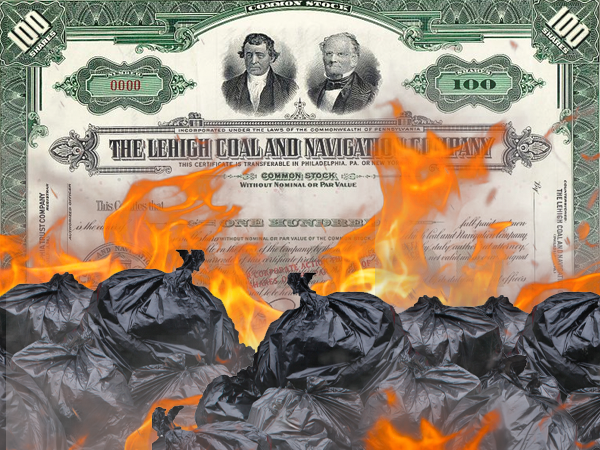 Last year’s yield curve inversion and repo market troubles are both longer term signals for the end of a market cycle.

While not perfect, we can add an increase in “trash stock” speculation as another potential signal for the peak of the market cycle.

That signal may have arrived, according to ZeroHedge:

This brings into question the Dow’s recovery that began in late March, which has humbled Stanley Druckenmiller:

That Fed stimulus, combined with investor excitement about the gradual reopening of U.S. business, is leading to broad outperformance among those stocks hit the hardest in March… He added that the technical momentum the market has right now, what he called “breadth thrust,” could carry equities even higher.

However, if Doug Kass at Seabreeze Partners is correct, he may be seeing through the hubris. In a recent piece, he directed attention toward another fact:

If you look carefully at the Nasdaq… you would be surprised to see how many stocks have underperformed – as a handful of large stocks coupled with a group of speculative (but valueless) equities have been carrying the weight of the Average.

It’s those “trash stocks” that have the potential to take the wind out of the market recovery and the overall cycle. And this wouldn’t be the first time this has happened.

The 1999-2002 “dot-com boom” is the most recent such instance, filled with examples of overvalued “trash stocks” that eventually left investors hanging.

Which leads us to today…

Kass continued his article by providing this year’s glaring current examples of “trash”:

The Hertz Corporation, which recently filed bankruptcy on May 22, has speculators salivating for a little quick cash.

With 400,000 cars on credit from every major car manufacturer, if Hertz goes bust, that could put a big dent in the bottom line of GM, Ford, Fiat, Chrysler, and others.

This Thursday, the Dow may have offered a dose of reality for the optimist’s “dash for trash,” plummeting 6.9%.

Of course we don’t know what will happen next, but if this “marks a market top” like Kass suggested, the only way for the Dow to go is down.

As more investors dive into risky investments, the markets could get extremely volatile – just as they did in 1999-2002. So now is a great time to examine your own risk levels in your savings.

If you want to hedge against the potential economic “dumpster fire” as risky companies go under, consider diversifying your portfolio with assets that are historically known as a hedge.

Precious metals like gold and silver can provide your retirement a “safe haven” if markets again crash anything like they did in February and March this year.