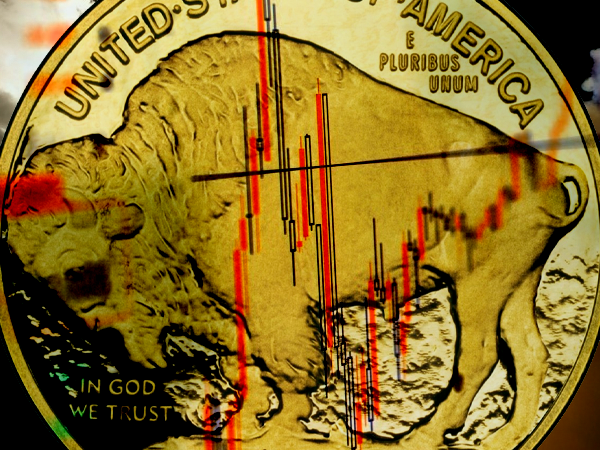 This week, Your News to Know rounds up the latest news involving precious metal and the overall economy. Stories include: Gold gets another booster shot as Trump calls for a more dovish Fed, why 2019 is gold’s breakout year, and U.S. Independence Day translates to fireworks for gold.

After many years of hawkish policies, the Federal Reserve’s intense turnaround appears to have taken the markets aback. In a matter of weeks, Fed officials went from reassuring investors that the economy is going strong to hinting towards prolonged monetary easing.

Having long criticized the Fed’s tightening strategy, Newsmax reports President Trump is looking to further solidify the Fed’s new outlook by installing two dovish economists in key positions at the central bank. Christopher Waller and Judy Shelton, the President’s two picks, have both been vocal about their desire for lower interest rates. Shelton is also a known gold bug who has previously voiced her stance that a return to the gold standard would be optimal.

Trump’s push for a dovish Fed board has given gold more room to grow, as the metal spent the week trading firmly above $1,400. Georgette Boele, ABN Amro’s coordinator of FX and precious metals strategy, pointed out that the markets are already over-pricing rate cuts, starting with a potential 50 basis-point cut this month.

Central banks around the world appear to be following suit, with the European Central Bank’s recent growth forecast downgrade and QE hinting being just one example. As Howie Lee, an economist at Oversea-Chinese Banking Corp noted, both the U.S. and global economies seem to be re-embracing loose monetary policies. This forms a highly favorable landscape for all precious metals, as exemplified by recent gains in not only gold, but also silver, platinum and palladium.

According to MarketWatch contributor Ed Yardeni, gold has had an exceptional first half of the year. After a prolonged rangebound period, gold began rising in recent months to post its best performance in a long time in June. The metal not only soared above $1,400, but also had strong showings against the euro, the pound, and the yen.

There are numerous factors precipitating gold’s bull run, not the least of which are hints of a global shift towards ultra-loose monetary policies. Geopolitical tensions and economic weakness appear to have finally woken investors up, as the ramifications of the U.S.-China trade war are finally being considered. As evidenced by recent economic reports from the U.S., Europe and Asia, growth around the world appears to be slowing down. China’s economic troubles alone are threatening to cause a global recession, especially as the country looks to retaliate against President Trump’s import tariffs.

This has understandably created an ever-stronger desire for haven assets, yet the assets in question are few and far between. Global bonds are returning less and less interest, with some of them actually turning negative, requiring bond holders to pay interest to the government.

The situation with U.S. bonds isn’t too far off. Although U.S. bonds are still returning interest, there are very concerning showings from 10-year Treasuries, such as the yield curve coming dangerously close to being flat. In the past, this has acted as a near-guarantee of an upcoming recession.

Supposed haven currencies are also looking shaky, spearheaded by President Trump’s stated desire for a weaker greenback. Yardeni also points out that, unlike previous breakouts in the gold market, precious metals have been diverging from other commodities. This suggests that investors are acutely aware of the brewing trouble in the global economy and are pouring into gold as the only safe asset during a time of growing uncertainty.

As citizens celebrate Independence Day across the U.S., traders in the gold market appear to be working overtime. In a recent technical analysis on Kitco, Todd Horwitz explained why this week’s price action in the market points to a remarkable performance in the near future that could overshadow even June’s exceptional gains.

On Tuesday, gold traded strongly throughout the day and held onto its support levels. By the end of the day, however, the metal jumped and closed the session at $1,421. The action paved the way for an astounding overnight session which brought gold to $1,441 an ounce, a level that even gold bulls would have been hesitant to call for just a few months ago.

By Wednesday morning, gold had traded back to $1,428 as sellers came in, yet Horwitz sees numerous positive takeaways from the session. The analyst wasn’t overly surprised by gold’s sudden move to $1,441, as the metal has shown tremendous consistency in bouncing back from support levels over the previous weeks.

From here, Horwitz sees a solid trading range between $1,380 and $1,450 over the next couple of weeks, which will create ideal entry points as gold prepares to move to the next price level. Based on the metal’s recent chart showings, Horwitz firmly believes that gold is booked to move to $1,500 and above later this summer, most likely before the month ends.