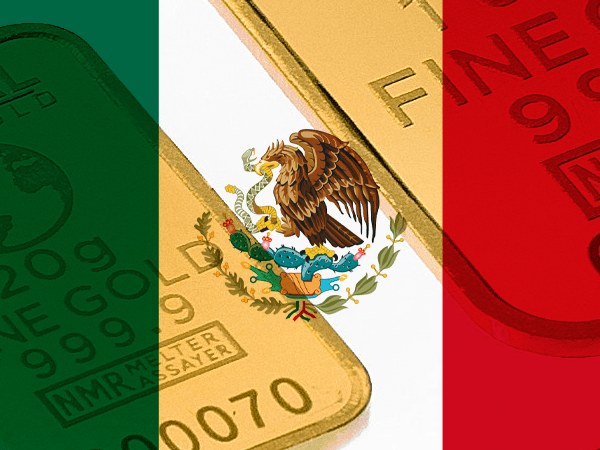 This week, Your News to Know rounds up the latest news involving precious metals and the overall economy. Stories include: Gold climbs as Mexico tariffs show no country is safe, gold is the one constant in an age of eroding trust, and how Vietnam chooses bullion over cashless transactions.

After a timid couple of months, gold prices are once again trending upwards after news that President Trump is planning to impose a 5% tariff on Mexican goods, citing financial markets troubled by illegal immigration as the reason, reports Newsmax.

Even before the news, global investors had been feeling the tension as trade talks with China went sour, translating to a possible retaliation from the Asian nation. While tariffs on American goods are expected, China’s blacklist could also involve foreign firms in general, heightening the appeal of bullion as a store of value. Some have also expressed concerns that China will begin massively dumping its share of U.S. bonds, whether due to retaliatory reasons or to boost their deteriorating economy.

According to Sergey Raevskiy, an analyst at SP Angel, investors are beginning to accept that the U.S.-China trade standoff could last far longer and have greater implications than some had hoped. China’s own troubles are merely one piece of a puzzle, however, as more and more signs suggest that a global economic slowdown is imminent.

All this helped gold gain 1.7% in May, snapping a three-month downstream and pulling silver up along with it. Besides the prospect of added volatility, a potential interest rate cut by the Federal Reserve also bodes extremely well for the precious metals market. Aside from the classic benefit of lower interest rates, a rate cut would also boost gold as investors would largely interpret it as a sign that Fed officials are concerned with the economic outlook.

Gold is the One Constant in an Age of Eroding Trust

In the last quarter of 2018, stocks posted what was likely their worst stretch in a decade. Small-cap stocks fell by more than 20% while large-cap equities dropped by 13.5%. According to Kitco, gold gained 8% during the quarter and made a statement as an asset to look for in 2019.

To Ronald-Peter Stoeferle, a fund manager at Incrementum AG and one of the co-authors of the annual In Gold We Trust report, this is the beginning of a trend where investors’ trust slowly but surely erodes. In an interview with Kitco, Stoeferle explained that this is part of an overarching theme where things like the media and geopolitical alliances come under increased scrutiny.

Stoeferle says that the U.S. dollar’s strength comes as a result of misplaced confidence in the domestic economy. In reality, U.S. debt has ballooned to a level higher than the debts of Japan and the eurozone combined. This weight is bound to be felt sooner rather than later.

Stoeferle believes that the greenback’s crumbling is already underway, noting that the various flare-ups and concerns from the eurozone have done little to bolster interest in the U.S. dollar as a safe haven. This isn’t likely to change for the better, as the Federal Reserve’s own data suggests a 28% chance of a recession in the U.S. in 2020. Every time the figure climbed as high over the past 30 years, a recession followed within two months’ time.

Stoeferle and his firm are fully braced for this possibility, noting that a market shift towards gold could happen at any moment, given the right catalyst. Stoeferle sees $1,360 an ounce as the level that will attract mass buying in the gold market and signal the start of a bull run.

In Vietnam, A House Can Still be Paid for With Gold Bars

Despite Vietnam’s economic boom, Newsmax reports its citizens are not yet sold on the idea of cashless transactions or, in some cases, even fiat currency. As the nation’s economy began expanding rapidly, Vietnamese prime minister Nguyen Xuan Phuc felt the need to acclimatize his people with the idea of bank accounts and digital money.

The recent example of Vietnamese citizen Tran Van Nhan, who paid for his $138,000 condo in equal parts with bullion and cash, shows that tangible assets are hard to beat. Regarding his purchase, Nhan said that buying things with bullion is habitual in Vietnam, adding that neither party was inclined towards a bank transfer.

According to Newsmax, Vietnam’s citizens know all too well about the importance of wealth storage, as the country faced a sky-high inflation rate of 28.3% in 2008. Economist Nguyen Tri Hieu estimates that the Vietnamese hold around 400 tons of gold, which is usually stored in a home safe or a similarly-secure location.

Despite their central bank’s many planned measures to promote a modern payments system, it seems the people of Vietnam are unlikely to want to let go of their gold any time soon. According to Standard Chartered Plc, only 4.1% of Vietnamese own credit cards, while the rest prefer paper currency or bullion for their day-to-day purchases.

In the case of Nhan, a shop owner, the paper currency is merely a method of obtaining more gold bullion. When asked about his financial strategy, Nhan reiterated that he opts to purchase gold whenever possible due to the safety it offers to his family, along with a guarantee of a comfortable retirement.