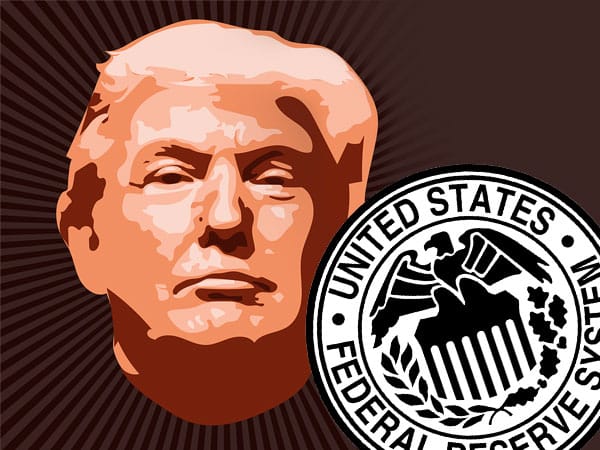 Donald Trump is preparing for his entrance to the White House, and a big part of that process involves selecting individuals to fill top-level appointments in his administration. Trump’s picks so far are already garnering a lot of attention, but his choices for appointments relating to the economy could cause the biggest stir of all.

As Trump and his new appointments rise to power, the Federal Reserve could be targeted for overdue changes and reforms. Let’s take a look at how the Trump administration may change the Fed.

With the exception of a couple isolated periods in U.S. history, the Federal Reserve has operated as an independent entity, with practically zero accountability to any branch of the U.S. Government. As a result, the Fed maintains the ability to manage and manipulate the economy without the fear of political repercussions or punishment from government officials.

If you’re wondering whether or not that kind of autonomy is a good thing, just take a look at the treacherous boom-and-bust cycle our economy is currently stuck in.

But there’s one loophole that could rain on the Fed’s party. According to Narayana Kocherlakota, there’s no law on the books that protects the Fed’s independence; the broad freedom assumed by the Fed over the past several decades relies solely on the president’s discretion.

It’s no secret that Trump has a bone to pick with the Fed, so he could be the first president in years to strip away its independence.

Plus, it speaks volumes that just days before the election, Fed chair Janet Yellen started to publicly argue the importance of an independent Fed.

Two Crucial Seats on the Fed’s Board of Governors

For over a year, two seats on the Federal Reserve’s Board of Governors have remained empty. Discord between Obama and federal legislators kept them unfilled. But with Republicans now holding control of both legislative branches as well as the White House, we can expect those appointments to finally be made.

Trump’s picks for those seats will most likely be significantly different than Obama’s, potentially changing the dynamic of the Fed drastically.

The board members, though not as heavily publicized as the Fed’s chair and vice chair, still wield a great deal of power over financial policy in the U.S. Furthermore, the two new board members appointed by Trump will likely share his pro-growth agenda and give him even more control and influence over the Fed’s actions.

In just two short years, Trump will have the chance to make one massive change to the Fed by appointing a new chair and vice chair. And if Republicans maintain control through the 2018 election, he’ll have an unprecedented chance to appoint his candidates of choice with minimal opposition.

The lasting impact of this event alone could be one of the biggest hallmarks of Trump’s presidency.

The Outlook for Gold…

Without a doubt, Trump’s administration is set to make big changes to the Federal Reserve and how it operates. Trump himself has even toyed with the idea of putting America back on the gold standard.

All these changes might cause a few bumps along the way, but they could be very advantageous for the economy’s long-term viability.

One thing’s for sure though: the volatility that may be caused by these big power shifts make it ever more important for you to ensure that you’ve backed at least some of your savings with gold.