Home » Blog » The Truth Behind Globalists’ War On Cash

The Truth Behind Globalists’ War On Cash 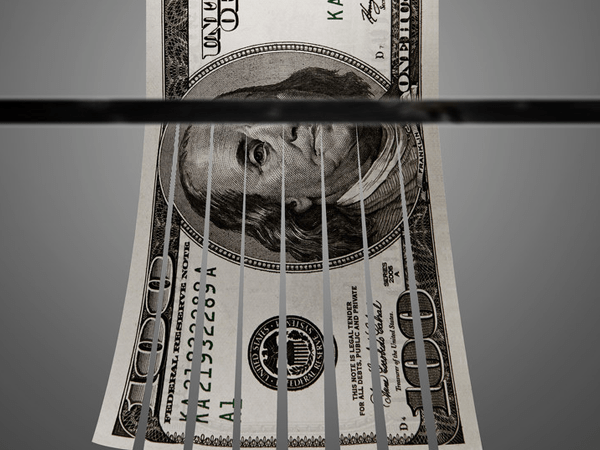 As we discussed last week, the global elite are making huge strides toward abolishing cash. They claim a cashless society will have numerous benefits, but could they have other motives for attempting to kill off cash?

The assault against physical currency is shifting into overdrive.

In the past six months alone:

Global decision makers know they have to justify these sweeping changes. A cashless society will struggle to succeed if too many fight back.

As a result, the mainstream PR machine is firing on all cylinders to win over the public. Here is what citizens are being told to convince them that abolishing cash is in their best interest.

1) Anti-terrorism: A classic appeal to fear, globalists are telling citizens that a cashless society would discourage terrorist activity and increase safety. Unfortunately, previous efforts to destroy terrorists’ cash reserves or limit their access to cash have already proved futile.

2) Convenience: 41% of US citizens today are using cash for less than half of their transactions; that number is even higher in other countries. Globalists argue a cashless mandate would simply favor the existing trend.

3) Criminals and fraud: Cashless advocates claim only criminals and fraudsters rely on physical currency. Even if that were true, the EU itself admits there is no “readily available and solid evidence on legitimate vs. illegitimate cash transactions.”

Are These the Real Reasons Global Elites Want to Kill Off Cash?

The “official story” behind globalists’ cashless agenda is full of holes. So what are the genuine reasons for their rush to get rid of cash?

Not surprisingly, the economic “masters of the universe” stand to benefit handsomely from a cashless society. It all boils down to power, money, and control. Here are just a few of the things they stand to benefit from…

Monitoring and surveillance
A war on cash is a war on privacy. In a society where every transaction is tracked and recorded, nobody can live outside the state’s watchful eye. Imagine the IRS, and every other government entity, having unfettered access to your entire financial life.

Tax revenue
The lifeblood of a government is nourished by tax revenue. But governments know there are countless taxable dollars falling through the cracks. When all currency can be accounted for electronically, governments will collect tax dollars more efficiently than ever.

Control over the masses
By restricting the public’s ability to access and store currency, governments can keep their citizens on a tight leash. Any dissent or rebellion can be swiftly stifled by seizing funds and freezing accounts. And once a precedent is set, it’s unlikely that many would dare to rise up.

More debt, interest, and fees for megabanks
Global banks thrive off interest from consumer debt and fees from account holders, so snuffing out cash makes good sense for their bottom line. The simple act of a digital currency mandate could generate billions.

How You Can Prepare in Case Your “Coined Liberty” Disappears

Fyodor Dostoyevsky once wrote, “Money is coined liberty.” Many of today’s modern thought leaders agree, and they’re sounding the alarm bells on the globalists’ cashless mission.

There’s a price for abolishing cash, as you’d expect. In a world without the stuff, “You’d have no choice but to conform to the intermediaries’ automated bureaucracy, giving them a lot of power, and a lot of data about the microtexture of your economic life,” Brett Scott warns at OpenDemocracyUK.

“To eliminate cash is to say to hell with financial privacy,” cautions Conor Friedersdorf at The Atlantic. “An end to cash would mean that every financial transaction is exposed to a third party.”

Cash is “printed freedom,” German economist Lars Feld pithily offered as a direct rebuttal to his Council of Economic Experts colleague. People “should be entitled to an escape from all-out state control,” Deutsche Welle clarified with regard to Feld’s views.

There’s really no argument here. Cash abolitionists fully understand that cash shields individuals from the state—and they hate that protection.

As governments push for cashless societies – with increasing force – gold and silver may soon be the only forms of “coined liberty” that remain. If you haven’t secured your freedom with precious metals yet, you may want to act soon.