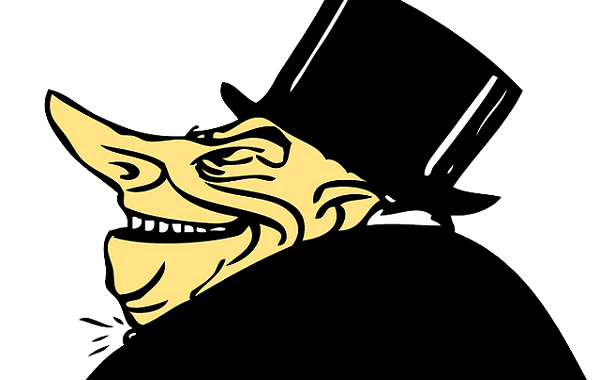 When you start digging into the forces behind the last major financial crisis of 2008, it becomes abundantly clear that global banks and their risky policies had a heavy hand in draining billions of dollars from Americans’ pockets. More specifically, the problem arose because these mega banks worked the system to avoid keeping an appropriate amount of reserve capital to cover their investments – essentially refusing to maintain a safety net to keep them from failing if their investments went south. Here’s why it looks like they’re getting ready to do it all over again.

Before we explain the imminent danger of yet another market reset, you have to learn a little bit about how banks store reserve capital.

Without getting too technical, there are two ways for banks to calculate a “safe” level of cash reserves. One is called the “leverage ratio,” the other the “risk-based capital system.”

The leverage ratio leaves very little room for banks to manipulate the situation. It makes their risks clear and puts them on the hook for keeping the right amount of reserve capital. As you can imagine, it’s also rarely used, if ever.

The risk-based capital system, on the other hand, is what’s responsible for our worst economic nightmares thus far. It’s the predominant method used by banks and regulators, and it’s what you need to understand in order to grasp how dangerously close we are to getting the rug pulled out from under us once again.

It works like this: Regulators (who are often in the banks’ pockets) and banks themselves get to decide how risky an investment is, and consequently how much reserve capital the bank should keep on-hand to cover it.

Not only are risk-based evaluations the culprit behind what happened in 2008, but the Wall Street Journal reports they’re already running amok yet again.

“As of December 2015, the largest global banks reported that on average only 45% of their assets carried risk,” writes Thomas Hoenig, vice chairman of the Federal Deposit Insurance Corp, in the Wall Street Journal. “This is wrong on its face as it misleads the public by treating more than half of the assets of global banks as if they were risk free.”

Why we’re giving disaster a written invitation in 2016

According to Hoenig’s piece in the WSJ, all the factors that came together in 2008 are still present today. For 8 years, regulators have left a crack in the door for these dangerous forces to creep back into the economy, but the truly shocking part of this story is that now they’re about to swing that door wide open – maybe knock it off its hinges altogether!

“Member countries of the G-20 are expected soon to propose weakening this capital standard [risk-based evaluations] further, even as some countries and their banks are vulnerable to financial and economic stress,” Hoenig writes. “While the largest U.S. banks have increased capital since the crisis, their capital is still lower than the industry average and inadequate for bank resiliency. Undermining the leverage ratio is not the direction we should allow these banks to go.”

In simple English, that means banks are going back to the roulette table, and countries across the globe are standing behind them with an armful of chips.

There’s very few ways for Americans to avoid getting left holding the bag after the global banks’ next greed-fueled binge is over, and one of them is to put their money where the banks can never touch it: in physical gold. Not paper gold, gold stocks, gold funds, or gold ETFs. Commodities expert Jim Rickards recently said in an interview with CNBC that Americans should opt for the shiny, yellow stuff you can hold in your hand.

And when should you do that? Well, judging from the speed at which Hoenig implies we’re hurdling toward yet another banking crisis, and per Rickards’ personal recommendation, the sooner the better.

“Physical gold is very scarce; when the price really does break upwards, you’re not going to be able to get it. The time to get it is now,” Rickards says.