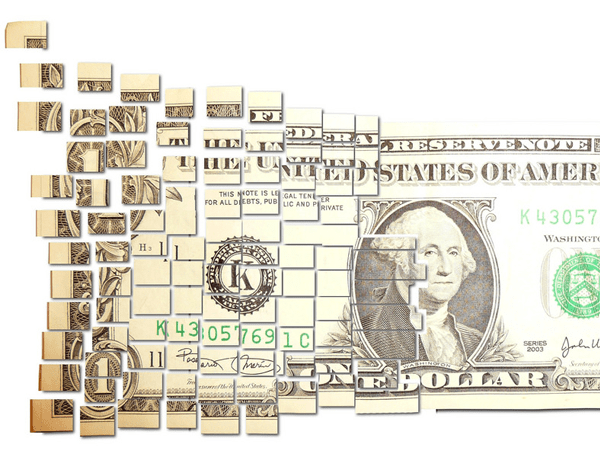 After a few slow months at the end of 2016, gold is starting the new year off with some exciting movement. Spot prices have risen by nearly $100 in January alone, with fundamental indicators suggesting higher prices are on the horizon. But it’s the two words Donald Trump just said in a recent interview with the Wall Street Journal that could really send gold soaring.

No President In History Has Said This About the Dollar

Although presidential policy can have a significant impact on the dollar, presidents themselves tend to avoid making any direct actions or comments in regard to its valuation. But Trump is far from conventional, and he has no problem with stepping outside the norm.

Case in point, he recently gave statements to the Wall Street Journal indicating that he feels the dollar is “too strong,” and that it’s causing the U.S. to lose its competitive advantage against China.

“…our companies can’t compete with them now because our currency is too strong. And it’s killing us,” Trump said.

Now the concern is that Trump will work to push the dollar down and try to put China on the ropes. But he could be playing with fire if he does…

Racing China to the Bottom

Regardless of whether Trump’s accusations of China being a currency manipulator are true, trying to beat them at their own game by pushing down the dollar might start a dangerous race to the bottom.

If Trump starts working to weaken the dollar, China could just as easily do the same with the yuan – then round and round we go until the whole thing spirals out of control.

China is arguably more prepared to withstand an ongoing devaluation of their own currency. The U.S., on the other hand, could find itself in trouble if the dollar falls too low.

Gold is already reacting to Trump’s policies and the threat of a currency stand-off between China and the U.S. As of January 23, spot prices were at a two-month high, and inflows into precious metals funds were at their highest in five months.

The reason why is simple.

Whenever national currencies fall, people seek safe haven assets to house their savings and protect it from the impending devaluation onslaught. That’s partly why gold is experiencing such a sharp uptick right now.

And once Trump gets his hands on the dollar, the phenomenon is likely to only get stronger. If he actively supports the dollar’s declining valuation – and if China does the same with the yuan (as it seems inevitable) – one massive fundamental will be in line for gold prices to soar.

Given the current state of affairs with the dollar – and especially given Trump’s suggestion that he wants to devalue it – anyone seeking protection would be smart to consider allotting an appropriate portion of their savings in gold.