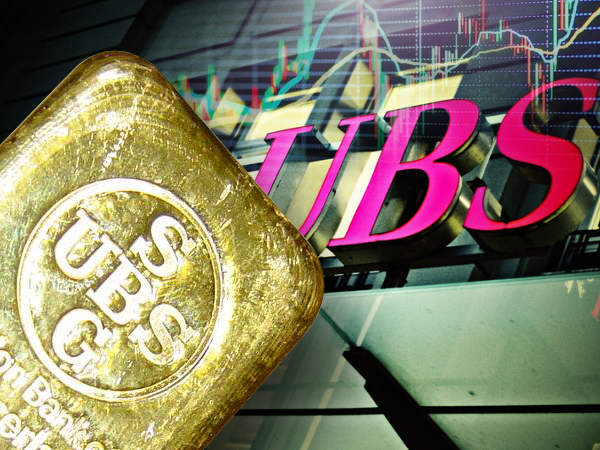 This week, Your News to Know rounds up the latest top stories involving gold and the overall economy. Stories include: Swiss bank sees gold prices jumping to $1,720 in 2020, strategist says gold prices could soar to $2,000 next year, and 5 reasons why owning gold is good strategy.

In August, the conservative Swiss bank UBS raised its gold forecast for 2020 to $1,680. Less than two months later, the analysts have once again upped their forecast for the metal, this time citing $1,730 as the level to reach next year. In their report, the analysts cited the emergence of various factors that are highly beneficial for gold, both in the short- and long-term.

The bank highlighted a global growth slowdown, coupled with an escalating U.S.-China trade war, which threatens to engulf the entire world market. As both countries suffer the effects of trade tensions, numerous top producers, such as Germany and France, have continued to post reports that hint towards a global economic contraction.

The emergence of negative real rates as the norm will also be highly beneficial for gold, said the bank, as various bond issuers have driven their interest rates into negative territory. While the U.S. Treasury hasn’t yet followed in the same dire straits, the recent inversion of the Treasury yield curve points to what looks like an assured domestic recession within the next 12-18 months.

According to the bank, the biggest drivers of gold prices so far have been large funds and central banks, the latter of which closed 2018 with over 650 tons of gold bullion bought and have kept the same pace this year. UBS found China’s case to be especially interesting, as the Asian nation has been buying gold at a frantic rate in order to diversify its holdings amid the trade war. The bank’s analysts find it bullish that individual investors have yet to make a grand entry into the market, as their migration towards bullion will allow gold to jump around 15% from current prices within a year’s time, said the report.

With gold standing strong above $1,500, one strategist explained why the pieces could soon fall into place and allow the metal to leap beyond $2,000. Talking to CNBC, David Roche, president of Independent Strategy, said that the ongoing currency depreciation by central banks around the world will eventually push people to view gold as an alternative currency.

Roche, like many other analysts, believes that the fall of bond yields into negative territory will be a key ingredient in the price jump. Besides the Federal Reserve, which recently cut its benchmark lending rate to 1.75%, the European Central Bank plunged its main deposit rate to a record low of -0.05%. Meanwhile, countries such as Japan are already issuing negative-yielding debt while also considering quantitative easing programs.

Roche thinks this sends a clear signal that central banks want to continue their excessive fiscal spending and fund it through their creditors.

This, along with rising risks that the official sector is very much aware of, should push gold to $1,600 before the end of this year, said Roche. In 2020, the strategist expects the metal to make the jump towards $2,000 as the appetite for fiat currencies and negative-yielding debt diminishes further.

Although gold’s price hasn’t yet seen much action this month, MarketWatch’s Michael Brush points out that the metal remains exceptionally well positioned compared to the start of the year. Gold is up 13% and 6% since February and July, respectively, while the S&P 500 has only gained 3.4% since February while posting a 3.8% decline since July. With positive economic data keeping gold prices still for the time being, Brush highlighted 5 key reasons why the metal is preparing for another big jump, and why investors might want to enter the market sooner.

To Brush, gold’s defensive properties cannot be overlooked during a time when many believe that a recession is coming. With analysts placing the chances of a U.S. recession occurring in the near future at anywhere between 25% to 100%, gold can be viewed as a mandatory risk-management tool. Other reasons why investors might want to turn their attention towards havens include Brexit-related uncertainties and ongoing trade disputes between the U.S. and China.

Brush also notes that central banks are showing unprecedented appetite for gold bullion in what he interprets as a bid to move away to the dollar. Besides the consistently chart-topping Russia, this year has also seen China and Poland become top gold buyers after years of absence from the gold market. Brush believes the central banks might be onto something, as the U.S. could be positioning itself to debase the greenback. With the government now borrowing around $1 trillion a year for federal spending, fund manager Tom Winmill thinks that officials will resort to inflation to ease the debt load. Like Brush, Winmill expects gold to hit $2,000 within two years as the dollar pulls back.

Momentum is another thing to be optimistic about in the gold market, as large funds continue to add gold to their portfolio after a recent record shorting. Ralph Aldis, a co-portfolio manager at U.S. Global Investors, finds this indicative of sustained interest in gold moving forward, especially in the absence of a U.S.-China trade deal.

Brush further points to minutes from the Denver Gold Forum, which suggest that gold supply could struggle to meet demand in the coming years. According to Barrick Gold, mine production could fall by 45% over the next 10 years as a consequence of miners shutting down their operations during times of lower gold prices. As many have pointed out, these projects are difficult and time-consuming to restart, paving the way for a potential supply glut.