Home » Blog » The Ultimate Solution to Most Financial Problems

The Ultimate Solution to Most Financial Problems 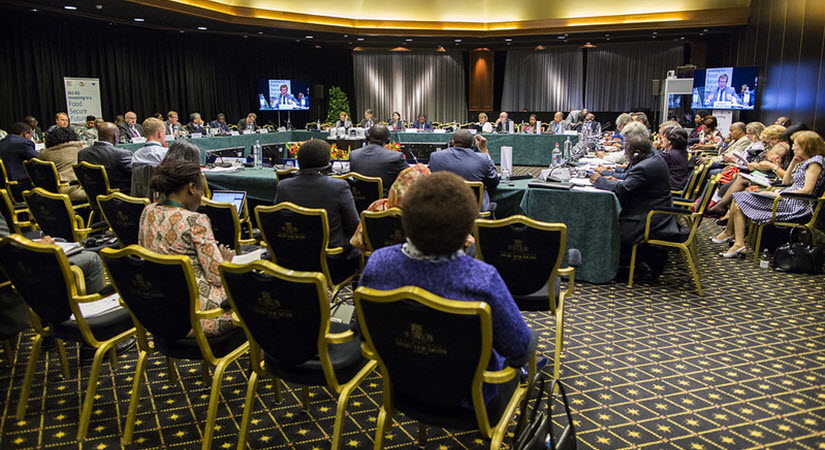 This week, Your News to Know rounds up the latest top stories involving gold and the overall economy. Stories include: Gold as an answer to present day trouble, gold is the only asset to claim geopolitical neutrality, and it’s not just Russia’s official sector that’s hoarding gold.

Experts: Gold is the answer to today’s troubling questions

This year’s Rule Symposium summit in Florida hosted a number of financial experts who spoke about the current market conditions and how best to navigate them. Among them were several notable figures in the gold industry who reminded investors that gold’s benefits should always be considered from a long-term perspective.

Ed Coyne, Sprott’s director of global sales, said that gold’s relative lack of price performance hasn’t changed the firm’s bullish outlook. Although gold looks to have slumped when compared to its several stints above $2,000, Coyne noted that it’s actually holding up pretty well given the strength of the greenback.

A strong U.S. dollar is often cited as gold’s primary headwind, and Coyne pointed out that the currency has gained over 20% this year while gold fell only 6%. The historical norm is for gold to go into a double-digit decline any time the dollar gains over 10% in a year, making the metal’s standing far better than it might seem:

We see that as a tremendous bullish sign for the physical market today, given that rates are rising, given that the dollar is strong and yet gold is still holding (above US$1,700). And it’s really why when we think about alternative assets in general — and as I like to say, gold is the original alternative asset — you think about what the goal of an alternative asset is: it’s to zig when the markets zag, to give you comfort when there’s discomfort in the broader market.

Gold has always been an inflation hedge. Gold had a fabulous run when we had that incredible inflation in the late ’70s, early ’80s. And I think we’re going to have another one. It’s going to be better as inflation becomes not just transitory, but actually long term.

We’re seeing drifts out of stocks, selloffs in bonds despite interest rate hikes and the start of a liquidity squeeze.

“I remind people every time, you have to think about gold — and gold equities for that matter — in decades, not days,” said Coyne. “We have to remember that it’s still outperforming the S&P 500 by over 1,000 basis points. Bonds are continuing to sell off as rates continue to go up, and gold continues to show stability.”

Brien Lundin, editor and publisher of Gold Newsletter, said gold’s long term price remains firm at $3,000. Lundin reiterated that gold should be seen as more than just another asset:

Something that we need to remind ourselves of is that gold is the constant around which all other values revolve, and against which currencies have always depreciated. This is why gold is your wealth insurance; it preserves your purchasing power, your portfolio and your wealth against not the possibility, but the inevitability, of the depreciation of new currency.

Coyne made the same point in a different manner, focusing on the diversification benefits of physical precious metals:

The bottom line is that by adding some gold and gold-backed equites to your portfolio, not only does it dampen your overall volatility, but surprisingly, it increases your total return.

The speakers took special note of how inflation is playing out in the markets, along with the rising of interest rates. The panelists agreed that high inflation is poised to become a long-term economic force as the Federal Reserve inevitably halts its interest rate hikes and, as we’ve seen so many times before, returns to money-printing to temporarily prop up a sagging financial system.

Each round of quantitative easing thus far has led to diminishing returns – how many more times can the Fed go to the well before it runs dry?

A French analysis of gold’s performance points to a few things that the knowledgeable gold investor might already be familiar with. Gold’s mid-year lack of performance has mostly been a tale of the U.S. dollar’s strength, as we’ve seen.

In euro terms, gold has been one of the few assets in the green, posting a gain of nearly 8% since the start of the year. Currencies around the world, especially the yen, affirm that gold has been doing far better than U.S. investors might believe. (I wrote recently about how transitory these periods of dollar strength are, and how little they matter in the long-term.)

As much as gold’s performance in other currencies showcases its strength against them, its favor among sovereign nations highlights the metal’s use as a tool of independence. Though Russia’s central bank was the most reported gold buyer due to the size of its purchases, we’ve seen a wide array of nations add to their gold holdings since 2019. From China to Turkey to Egypt, the demand for gold bullion has been both obvious and global.

Some countries, such as Hungary and Poland, use their stockpiles to establish themselves as regional economic powers on the global stage. But each country buying gold is also doing it to shield itself from any number of geopolitical conflicts of the kind we’re seeing right now. The belief that China is buying gold without reporting it officially isn’t exactly a fringe one. And the Western financial cancelation. of Russia’s access to the global financial system has all but reminded nation heads of one of gold’s primary roles.

Gold’s absence of counterparty risk and the general independence it offers to all investors can’t be overlooked, even though it sometimes does as participants retain their laser focus on price movement. While this has become an increasingly difficult thing to measure, there are also pointers that Chinese and Indian citizens are re-establishing their pre-2019 levels of gold purchases (along with the peoples of many other nations).

Russian consumers might not be approaching India’s 25,000-ton of household gold, but it seems that they’re trying to. Demand for gold rose by 350% in the first half of the year, namely over concerns over Western sanctions’ impact on the ruble. Even though gold fell by as much as 56% in ruble terms between March and August, demand still hasn’t subsided.

One of the reasons for this is undoubtedly the ruble’s well-known volatility and lack of stability, if not to say lack of value altogether. But it seems that, more than just the ruble, Russian gold investors are betting on the poor performance of currencies in general. This view was likely strengthened by state figures such as Prime Minister Mikhail Mishustin and Ministry of Finance Anton Siluanov, who slammed the U.S. dollar and praised gold as a better alternative to dollars (and unbacked currencies in general).

Evgeny Safonov, director of PSB’s private capital department, said that gold is immensely popular among the firm’s wealthier clients who like to keep a portfolio allocation of up to 20% in gold bullion. And even though demand for bars weighing up to 100-kilograms has been strong, it’s not just Russia’s one-percenters that have taken an interest in the metal.

Russia’s Rosselkhozbank reported that 5-gram and 10-gram bars were its strongest sellers in the five-month period, accounting for 17% of total gold bullion sales.

Similarly, Sberbank said that demand for bars over 1-kilogram is gradually reducing, whereas it expects demand for smaller bars to remain persistently elevated.

Remember, in times of uncertainty, investors traditionally flock to safe-haven gold. Those who act early, before the next crisis, often enjoy the advantage of paying a lower price per ounce. Latecomers, those who wait until newspaper headlines and mainstream media tell them a crisis is at hand, they’re often forced to pay not only higher prices per ounce but sometimes significantly more. In a crisis, it’s much harder to find anyone willing to part with their gold.