The Ultra Wealthy Are Planning to Avoid Taxes with Gold 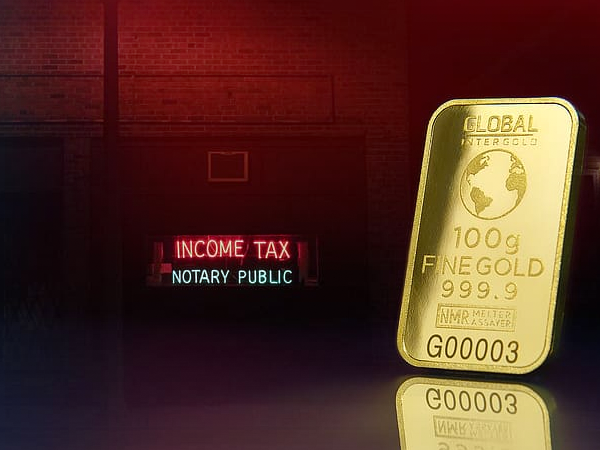 This week, Your News to Know rounds up the latest top stories involving gold and the overall economy. Stories include: Why the ultra-wealthy are stockpiling physical gold, Goldman says central banks are taking up 20% of global gold supply, and gold’s exceptional 2019 run could spill over into the new year.

In the early lead-up to the 2020 elections, income inequality has been one of the Democratic candidates’ major talking points. Far from merely bringing up the issue, some of the top candidates have proposed somewhat radical policies to help combat the problem. Senator Bernie Sanders suggested that taxes on the ultra-wealthy should start with a 1% levy on all married couples worth over $32 million and climb to 8% in the cases of individuals worth over $8 billion. Meanwhile, Senator Elizabeth Warren plans to impose a 2% tax on those worth more than $50 million and a 6% tax on anyone worth over 6% billion.

According to Goldman Sachs’ analysts, high-net-worth individuals are wasting no time stockpiling gold as a way to shield their wealth against these taxes. In their latest analysis, Goldman’s team explained that the ultra-wealthy’s preferred hedging method is to purchase gold and store it in a vault.

One of the reasons is that these individuals have grown increasingly concerned with the geopolitical outlook moving forward, with the global growth slowdown and trade tensions continuing to act as powerful drivers of gold demand. A November survey from UBS Wealth of 3,400 high-net-worth individuals echoed this sentiment. More than half of the participants said they expect a major market sell-off in 2020, 79% predicted a rise in volatility and 72% were more pessimistic about the state of the market compared to five years ago. In an environment such as this, Goldman explained that investors opt for physical gold in order to avoid adding an unnecessary risk into the equation.

Goldman forecasts that gold will climb to $1,600 in 2020 in a continuation of this year’s strong momentum. Past that, Goldman said that GDP growth in emerging markets will lead to a 4.6% annual increase in gold prices in the coming years.

In their never-ending quest to hoard gold, central banks have taken up 20% of the metal’s supply

In a recent interview with Bloomberg, Jeff Currie, Goldman’s head of global commodities research, said that central banks are now consuming a fifth of the global gold supply in their bid for diversification. With over 651 tons of bullion bought last year and a projected figure of 750 tons slated for this year, it’s clear that the official sector is viewing gold as an exceedingly attractive asset.

A key component in gold’s rise to this year’s six-year highs has been the explosive rise of negative-yielding debt across the globe, with the total figure recently climbing to a record $17 trillion. This eliminates the perceived opportunity cost of owning gold and offers investors a superior option to hedge their bets with a safe-haven asset. And, according to many analysts, negative-yielding bonds are here to stay.

In a previous note, Goldman said that the case for owning gold over bonds is as strong as ever while also advising investors to hedge their long-term bets with the metal. Besides central banks, funds and large speculators have also boosted their bullish bets on gold by 8.9% in the week ending on December 3.

As Currie explains, central banks are strongly motivated by a desire to reduce their exposure to the dollar, yet are keener to do so through the yellow metal than bonds. “De-dollarization in central banks – demand from central banks for gold is biggest since the Nixon era, eating up 20% of global supply,” said Currie during the interview. “I am going to like gold better than bonds because the bonds won’t reflect that de-dollarization.”

Why gold’s outstanding run this year could continue throughout 2020

With gold being up roughly 14% since the start of the year, some are wondering if the metal can maintain its exceptional trajectory and keep reaching new heights. According to various analysts and fund managers, 2020 could prove to be an even better year for the yellow metal.

Goldman Sachs and UBS Group AG are both forecasting that gold will climb to $1,600 next year, a level last seen in 2013. Gold is also heading for its biggest annual advance since 2010, as evidenced by its recent outperformance on the Bloomberg Commodity Spot Index.

Interest rate cuts by the Federal Reserve and other central banks around the world have played an important part in gold’s breakout this year, and some believe we can expect more of the same in 2020. Chris Mancini, an analyst at the Gabelli Gold Fund, sees more rate cuts in store next year, along with a notable decline in stocks. Likewise, BNP Paribas SA expects the Fed to cut rates two more times in the first half of 2020, further cementing the already-conspicuous low-yielding environment and possibly making way for a weakening of the dollar.

Russ Koesterich, a portfolio manager at the $24 billion BlackRock Global Allocation Fund, also thinks that central banks will continue leaning towards accommodation as we move forward. Koesterich added that equities are vulnerable to shocks from concerns over both growth and geopolitical issues, and that any such shock would benefit gold. To top things off, many still believe that trade tensions between the U.S. and China are far from resolved, which adds even more fuel to a risky geopolitical and economic picture.